A Desolate Place for a Defiant People

GET BOOK A Desolate Place for a Defiant People Book Description :

Sayers examines the Great Dismal Swamp's archaeological record from ca. 1600 until the time of the Civil War, exposing and unraveling the complex social and economic systems developed by the thousands of Indigenous Americans, Africa American maroons, free African Americans, enslaved company workers, and outcast Europeans who made the Swamp their home. 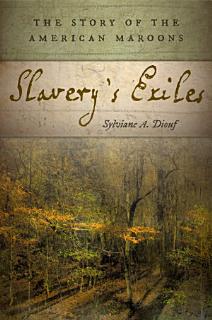 Over more than two centuries men, women, and children escaped from slavery to make the Southern wilderness their home. They hid in the mountains of Virginia and the low swamps of South Carolina; they stayed in the neighborhood or paddled their way to secluded places; they buried themselves underground or built comfortable settlements. Known as maroons, they lived on their own or set up communities in swamps or other areas where they were not likely to be discovered. Although well-known, feared, celebrated or demonized at the time, the maroons whose stories are the subject of this book have been forgotten, overlooked by academic research that has focused on the Caribbean and Latin America. Who the American maroons were, what led them to choose this way of life over alternatives, what forms of marronage they created, what their individual and collective lives were like, how they organized themselves to survive, and how their particular story fits into the larger narrative of slave resistance are questions that this book seeks to answer. To survive, the American maroons reinvented themselves, defied slave society, enforced their own definition of freedom and dared create their own alternative to what the country had delineated as being black men and women’s proper place. Audacious, self-confident, autonomous, sometimes self-sufficient, always self-governing; their very existence was a repudiation of the basic tenets of slavery. 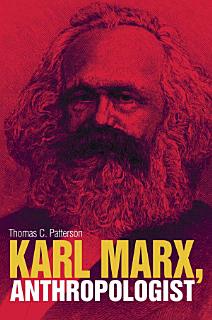 Explores how this most influential of modern thinkers is still highly relevant to anthropology today. 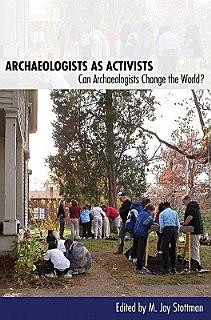 A series of essays examines the ways in which archaeologists can and do use their research into the distant past to help solve the problems of today and beyond. Simultaneous.

"Price breaks new ground in the study of slave resistance in his 'hemispheric' view of Maroon societies." -- Journal of Ethnic Studies 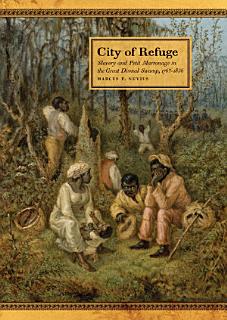 City of Refuge is a story of petit marronage, an informal slave's economy, and the construction of internal improvements in the Great Dismal Swamp of Virginia and North Carolina. The vast wetland was tough terrain that most white Virginians and North Carolinians considered uninhabitable. Perceived desolation notwithstanding, black slaves fled into the swamp's remote sectors and engaged in petit marronage, a type of escape and fugitivity prevalent throughout the Atlantic world. An alternative to the dangers of flight by way of the Underground Railroad, maroon communities often neighbored slave-labor camps, the latter located on the swamp's periphery and operated by the Dismal Swamp Land Company and other companies that employed slave labor to facilitate the extraction of the Dismal's natural resources. Often with the tacit acceptance of white company agents, company slaves engaged in various exchanges of goods and provisions with maroons--networks that padded company accounts even as they helped to sustain maroon colonies and communities. In his examination of life, commerce, and social activity in the Great Dismal Swamp, Marcus P. Nevius engages the historiographies of slave resistance and abolitionism in the early American republic. City of Refuge uses a wide variety of primary sources--including runaway advertisements; planters' and merchants' records, inventories, letterbooks, and correspondence; abolitionist pamphlets and broadsides; county free black registries; and the records and inventories of private companies--to examine how American maroons, enslaved canal laborers, white company agents, and commission merchants shaped, and were shaped by, race and slavery in an important region in the history of the late Atlantic world. 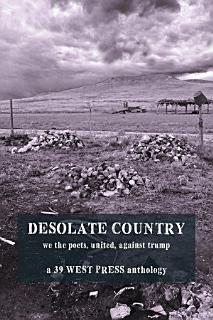 Now, more than ever, our collective voices (and actions) must stand united in opposition to Donald J. Trump, who—by following the demagogue's playbook—seeks to divide and conquer by turning Christians against Muslims, white folks against people of color, men against women, and straights against LGBTQIAs, thereby creating fear and hate amongst the populace. While We the People quarrel and vilify each other, Trump, without opposition, slyly invokes his true agenda: the marginalization of the masses and the continued facilitation of the advancement and concentration of wealth of the most affluent members of our society, which is evidenced by his billionaire cabinet nominees and bizarre infatuation with Russian President (and evil dictator) Vladimir Putin. Desolate Country, therefore, represents an amalgamation of defiant work by established artists and those who, as a result of Trump's election, were inspired to write in protest. It aims to give voice to believers in the power of art as both a spiritual catharsis and a manifestor of change and to those who are morally opposed to saying, "Trump is my President." 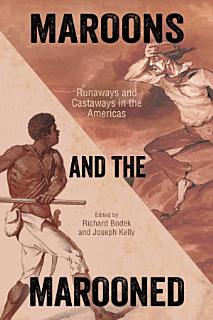 Maroons and the Marooned

GET BOOK Maroons and the Marooned Book Description :

Contributions by Richard Bodek, Claire P. Curtis, Joseph Kelly, Simon Lewis, Steve Mentz, J. Brent Morris, Peter Sands, Edward Shore, and James O'Neil Spady Commonly, the word maroon refers to someone cast away on an island. One becomes marooned, usually, through a storm at sea or by a captain as a method of punishment. But the term originally denoted escaped slaves. Though being marooned came to be associated mostly with white European castaways, the etymology invites comparison between true maroons (escaped slaves establishing new lives in the wilderness) and people who were marooned (through maritime disaster). This volume brings together literary scholars with historians, encompassing both literal maroons such as in Brazil and South Carolina as well as metaphoric scenarios in time-travel novels and postapocalyptic narratives. Included are examples from The Tempest; Margaret Atwood’s MaddAddam trilogy; A Connecticut Yankee in King Arthur’s Court; and Octavia Butler’s Kindred. Both runaways and castaways formed new societies in the wilderness. But true maroons, escaped slaves, were not cast away; they chose to fly towards the uncertainties of the wild in pursuit of freedom. In effect, this volume gives these maroons proper credit, at the very heart of American history. 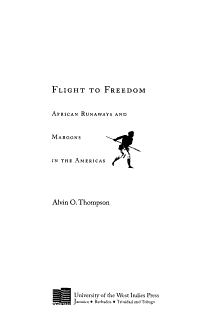 This book is about the struggles of enslaved Africans in the Americas who achieved freedom through flight and the establishment of Maroon communities in the face of overwhelming military odds on the part of the slaveholders. 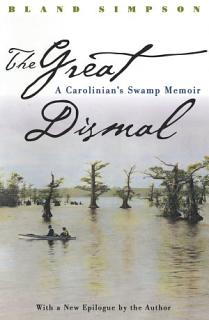 Just below the Tidewater area of Virginia, straddling the North Carolina-Virginia line, lies the Great Dismal Swamp, one of America's most mysterious wilderness areas. The swamp has long drawn adventurers, runaways, and romantics, and while many have tried to conquer it, none has succeeded. In this engaging memoir, Bland Simpson, who grew up near the swamp in North Carolina, blends personal experience, travel narrative, oral history, and natural history to create an intriguing portrait of the Great Dismal Swamp and its people. For this edition, he has added an epilogue discussing developments in the region since 1990.