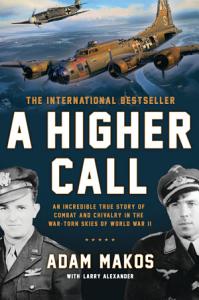 A “beautiful story of a brotherhood between enemies”* emerges from the horrors of World War II in this New York Times and international bestseller. December, 1943: A badly damaged American bomber struggles to fly over wartime Germany. At the controls is twenty-one-year-old Second Lieutenant Charlie Brown. Half his crew lay wounded or dead on this, their first mission. Suddenly, a Messerschmitt fighter pulls up on the bomber’s tail. The pilot is German ace Franz Stigler—and he can destroy the young American crew with the squeeze of a trigger... What happened next would defy imagination and later be called “the most incredible encounter between enemies in World War II.” The U.S. 8th Air Force would later classify what happened between them as “top secret.” It was an act that Franz could never mention for fear of facing a firing squad. It was the encounter that would haunt both Charlie and Franz for forty years until, as old men, they would search the world for each other, a last mission that could change their lives forever. INCLUDES PHOTOS

A dramatic classic of a new pastor who confronts hypocrisy in an established congregation.

This title tells the story of two fighter pilots, an American and a German, whose remarkable encounter during World War II became the stuff of legend. 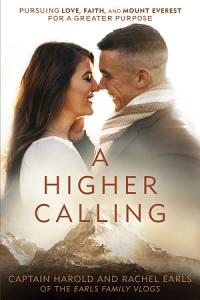 "The husband and wife team behind the popular Earls Family Vlogs share their inspiring love story for the first time, revealing how a dream to climb Mount Everest deepened their faith and commitment to each other"-- 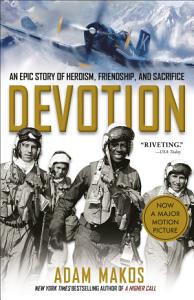 NATIONAL BESTSELLER • From America’s “forgotten war” in Korea comes an unforgettable tale of courage by the author of A Higher Call. Devotion tells the inspirational story of the U.S. Navy’s most famous aviator duo, Lieutenant Tom Hudner and Ensign Jesse Brown, and the Marines they fought to defend. A white New Englander from the country-club scene, Tom passed up Harvard to fly fighters for his country. An African American sharecropper’s son from Mississippi, Jesse became the navy’s first black carrier pilot, defending a nation that wouldn’t even serve him in a bar. While much of America remained divided by segregation, Jesse and Tom joined forces as wingmen in Fighter Squadron 32. Adam Makos takes us into the cockpit as these bold young aviators cut their teeth at the world’s most dangerous job—landing on the deck of an aircraft carrier—a line of work that Jesse’s young wife, Daisy, struggles to accept. Deployed to the Mediterranean, Tom and Jesse meet the Fleet Marines, boys like PFC “Red” Parkinson, a farm kid from the Catskills. In between war games in the sun, the young men revel on the Riviera, partying with millionaires and even befriending the Hollywood starlet Elizabeth Taylor. Then comes the war no one expected, in faraway Korea. Devotion takes us soaring overhead with Tom and Jesse, and into the foxholes with Red and the Marines as they battle a North Korean invasion. As the fury of the fighting escalates and the Marines are cornered at the Chosin Reservoir, Tom and Jesse fly, guns blazing, to try and save them. When one of the duo is shot down behind enemy lines and pinned in his burning plane, the other faces an unthinkable choice: watch his friend die or attempt history’s most audacious one-man rescue mission. A tug-at-the-heartstrings tale of bravery and selflessness, Devotion asks: How far would you go to save a friend? Praise for Devotion “Riveting . . . a meticulously researched and moving account.”—USA Today “ 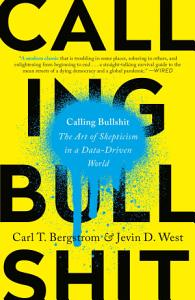 Bullshit isn’t what it used to be. Now, two science professors give us the tools to dismantle misinformation and think clearly in a world of fake news and bad data. Misinformation, disinformation, and fake news abound and it’s increasingly difficult to know what’s true. Our media environment has become hyperpartisan. Science is conducted by press release. Startup culture elevates bullshit to high art. We are fairly well equipped to spot the sort of old-school bullshit that is based in fancy rhetoric and weasel words, but most of us don’t feel qualified to challenge the avalanche of new-school bullshit presented in the language of math, science, or statistics. In Calling Bullshit, Professors Carl Bergstrom and Jevin West give us a set of powerful tools to cut through the most intimidating data. You don’t need a lot of technical expertise to call out problems with data. Are the numbers or results too good or too dramatic to be true? Is the claim comparing like with like? Is it confirming your personal bias? Drawing on a deep well of expertise in statistics and computational biology, Bergstrom and West exuberantly unpack examples of selection bias and muddled data visualization, distinguish between correlation and causation, and examine the susceptibility of science to modern bullshit. We have always needed people who call bullshit when necessary, whether within a circle of friends, a community of scholars, or the citizenry of a nation. Now that bullshit has evolved, we need to relearn the art of skepticism. 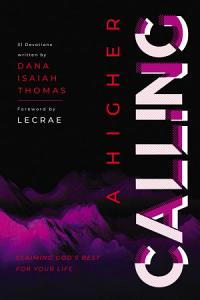 Empowering and inspiring, Dana Isaiah Thomas’ A Higher Calling: Claiming God’s Best for Your Life takes an honest, practical look at growing your faith. Packed with devotions on embracing confidence and trust while letting go of fears and doubts, this devotional is perfect for young adults who want to let the ups and downs of life bring them closer to Christ. The book includes: 31 “mini-chapter” devotions with topical messages on topics all young adults face Journaling space after each devotion Scripture from the text of the bestselling New International Version (NIV) translation A discussion guide for individual or group use A Scripture index 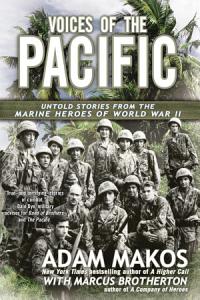 Voices of the Pacific

GET BOOK Voices of the Pacific Book Description :

These are the stories from fifteen WWII Marines, compiled by Adam Makos and Marcus Brotherton but left unfiltered and in the words of the Marines who were there. Unflinching, brutal, and relentless, Voices of the Pacific will leave a reader gasping for air and dumbstruck in awe of the old heroes who won the Pacific war with bare hands, bayonets, and guts. The book presents accounts of heroism and honor as told by World War II veterans Sid Phillips, R.V. Burgin, and Chuck Tatum—whose exploits were featured in the HBO mini-series The Pacific—and their Marine buddies from the legendary 1st Marine Division. These Marines trace the action from the Pearl Harbor attack and intense boot camp training through battles with the Japanese on Guadalcanal, Cape Gloucester, Peleliu, and Okinawa, to their return home after V-J Day. With unflinching honesty, these men reveal harrowing accounts of combat with an implacable enemy, the friendships and camaraderie they found—and lost—and the aftermath of the war’s impact on their lives. With unprecedented access to the veterans, never-before-seen photographs, and unpublished memoirs, Makos and Brotherton have forged Voices of the Pacific into an incredible historic record of American bravery and sacrifice. 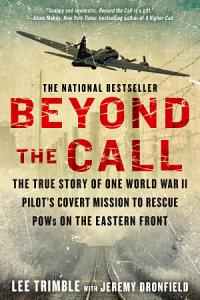 GET BOOK Beyond The Call Book Description :

This inspiring true story of veteran Air Force bomber pilot Robert Trimble, who laid his life on the line to rescue World War II POWs on the Eastern Front. Near the end of World War II, thousands of Allied ex-prisoners of war were abandoned to wander the war-torn Eastern Front. With no food, shelter, or supplies, the POWs were an army of dying men. As the Red Army advanced across Poland, the Nazi prison camps were liberated. In defiance of humanity, the freed Allied prisoners were discarded without aid. The Soviets viewed POWs as cowards, and regarded all refugees as potential spies or partisans. The United States repeatedly offered to help, but were refused. With relations between the Allies strained, a plan was conceived for an undercover rescue mission. In total secrecy, the OSS chose an obscure American air force detachment stationed at a Ukrainian airfield. The man they picked to undertake it was veteran 8th Air Force bomber pilot Captain Robert Trimble. With little covert training, Trimble took the mission. He would survive by wit, courage, and determination. This is the compelling, true story of an American hero who risked everything to bring his fellow soldiers home to safety and freedom. INCLUDES PHOTOS 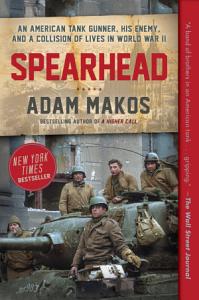 THE NEW YORK TIMES, WALL STREET JOURNAL, LOS ANGELES TIMES, AND USA TODAY BESTSELLER "A band of brothers in an American tank . . . Makos drops the reader back into the Pershing's turret and dials up a battle scene to rival the peak moments of Fury." --The Wall Street Journal From the author of the international bestseller A Higher Call comes the riveting World War II story of an American tank gunner's journey into the heart of the Third Reich, where he will meet destiny in an iconic armor duel--and forge an enduring bond with his enemy. When Clarence Smoyer is assigned to the gunner's seat of his Sherman tank, his crewmates discover that the gentle giant from Pennsylvania has a hidden talent: He's a natural-born shooter. At first, Clarence and his fellow crews in the legendary 3rd Armored Division--"Spearhead"--thought their tanks were invincible. Then they met the German Panther, with a gun so murderous it could shoot through one Sherman and into the next. Soon a pattern emerged: The lead tank always gets hit. After Clarence sees his friends cut down breaching the West Wall and holding the line in the Battle of the Bulge, he and his crew are given a weapon with the power to avenge their fallen brothers: the Pershing, a state-of-the-art "super tank," one of twenty in the European theater. But with it comes a harrowing new responsibility: Now they will spearhead every attack. That's how Clarence, the corporal from coal country, finds himself leading the U.S. Army into its largest urban battle of the European war, the fight for Cologne, the "Fortress City" of Germany. Battling through the ruins, Clarence will engage the fearsome Panther in a duel immortalized by an army cameraman. And he will square off with Gustav Schaefer, a teenager behind the trigger in a Panzer IV tank, whose crew has been sent on a suicide mission to stop the Americans. As Clarence and Gustav trade fire down a long boulevard, they are taken by surprise by a tragic mistake of war. What happens ne