A Modern History of Japan takes students from the days of the shogunate to the aftermath of the 2008 tsunami. This third edition incorporates increased coverage of both Japan's role within East Asia - particularly with China, Korea, and Manchuria - as well as expanded discussions of culturaland intellectual history. 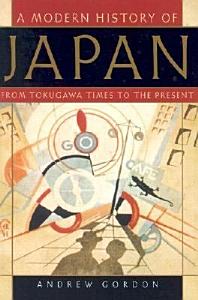 The second half of the book examines Japan's 20th-century trajectory from global power through devastating war and defeat and occupation. It concludes by investigating the post-war history of contemporary Japan. 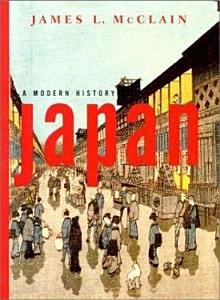 Japan: A Modern History provides a comprehensive narrative that integrates the political, social, cultural, and economic history of modern Japan from the investiture of Tokugawa Ieyasu in 1603 to the present.

In The Modern History of Japan: From Tokugawa Times to the Present, Andrew Gordon paints a richly nuanced and strikingly original portrait of the last two centuries of Japanese history. He takes students from the days of the shogunate--the feudal overlordship of the Tokugawa family--through the modernizing revolution launched by midlevel samurai in the late nineteenth century; the adoption of Western hairstyles, clothing, and military organization; and the nation's first experiments with mass democracy after World War I. Gordon offers the finest synthesis to date of Japan's passage through militarism, World War II, the American occupation, and the subsequent economic rollercoaster. But the true ingenuity and value of Gordon's approach lies in his close attention to the non-elite layers of society. Here students will see the influence of outside ideas, products, and culture on home life, labor unions, political parties, gender relations, and popular entertainment. The book examines Japan's struggles to define the meaning of its modernization, from villages and urban neighborhoods, to factory floors and middle managers' offices, to the imperial court. Most importantly, it illuminates the interconnectedness of Japanese developments with world history, demonstrating how Japan's historical passage represents a variation of a process experienced by many nations and showing how the Japanese narrative forms one part of the interwoven fabric of modern history. With a sustained focus on setting modern Japan in a comparative and global context, The Modern History of Japan is ideal for undergraduate courses in modern Japanese history, Japanese politics, Japanese society, or Japanese culture. 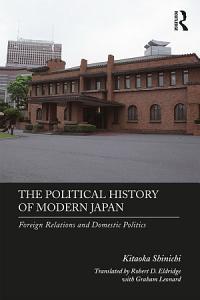 The Political History of Modern Japan

GET BOOK The Political History of Modern Japan Book Description :

Spanning the 130-year period between the end of the Tokugawa Era and the end of the Cold War, this book introduces students to the formation, collapse, and rebirth of the modern Japanese state. It demonstrates how, faced with foreign threats, Japan developed a new governing structure to deal with these challenges and in turn gradually shaped its international environment. Had Japan been a self-sufficient power, like the United States, it is unlikely that external relations would have exercised such great control over the nation. And, if it were a smaller country, it may have been completely pressured from the outside and could not have influenced the global stage on its own. For better or worse therefore, this book argues, Japan was neither too large nor too small. Covering the major events, actors, and institutions of Japan’s modern history, the key themes discussed include: Building the Meiji state and Constitution. The establishment of Parliament. The First Sino-Japanese and Russo-Japanese Wars. Party Politics and International Cooperation. The Pacific War. Development of LDP politics. Changes in the international order and the end of the Cold War. This book, written by one of Japan's leading experts on Japan's political history, will be an essential resource for students of Japanese modern history and politics.

The Modern History of Japan

GET BOOK The Modern History of Japan Book Description :

This work has been selected by scholars as being culturally important and is part of the knowledge base of civilization as we know it. This work is in the public domain in the United States of America, and possibly other nations. Within the United States, you may freely copy and distribute this work, as no entity (individual or corporate) has a copyright on the body of the work. Scholars believe, and we concur, that this work is important enough to be preserved, reproduced, and made generally available to the public. To ensure a quality reading experience, this work has been proofread and republished using a format that seamlessly blends the original graphical elements with text in an easy-to-read typeface. We appreciate your support of the preservation process, and thank you for being an important part of keeping this knowledge alive and relevant. 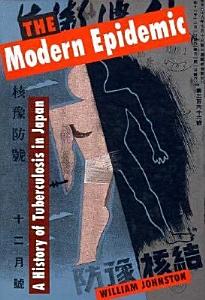 Through a historical and comparative analysis of modern Japan's epidemic of tuberculosis, William Johnston illuminates a major but relatively unexamined facet of Japanese social and cultural history. He utilizes a broad range of sources, including medical journals and monographs, archaeological evidence, literary works, ethnographic data, and legal and government documents to reveal how this and similar epidemics have been the result of social changes that accompanied the process of modernization. Johnston also shows the ways in which modern states, private organizations, and individual citizens have responded to epidemics, and in the process reexamines the concept of the epidemic itself, showing that epidemics must be thought of not only in medical and biological terms but in political, social and cultural terms as well. 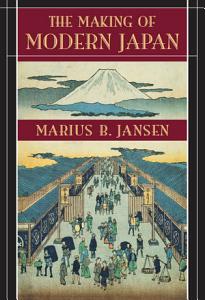 The Making of Modern Japan

GET BOOK The Making of Modern Japan Book Description :

Magisterial in vision, sweeping in scope, this monumental work presents a seamless account of Japanese society during the modern era, from 1600 to the present. A distillation of more than fifty years' engagement with Japan and its history, it is the crowning work of our leading interpreter of the modern Japanese experience. 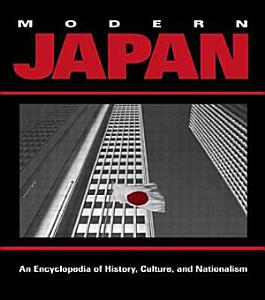 Contains alphabetically-arranged entries about the people, events, and theories that have affected the history of Japan since the 1850s.