This student-friendly textbook introduces the archaeological past from approximately seven million years ago through later politically complex societies. Archaeology and Humanity's Story: A Brief Introduction to World Prehistory does not attempt to discuss every archaeologically important site and development in prehistory and early history. Rather, it presents key issues from earlier prehistory and then organizes the chapters on politically complex societies using a similar framework. This allows students to easily compare and contrast different geographical regions. Each of these chapters also highlights a specific case study in which similar themes are examined, such as the written word; resource networks, trade, and exchange; social life; ritual and religion; and warfare and violence. Each chapter includes several sidebar boxes, a timeline showing the chronology relevant to that chapter, and "The Big Picture," "Peopling the Past," and "Evolutionary Processes" features.

This student-friendly textbook introduces the archaeological past from approximately seven million years ago through later politically complex societies. Now fully updated in its second edition, Archaeology and Humanity's Story: A Brief Introduction to World Prehistory does not attempt to discuss every archaeologically important site and development in prehistory and early history. Rather, it presents key issues from earlier prehistory and then organizes the chapters on politically complex societies using a similar framework. This allows students to easily compare and contrast different geographical regions. Each of these chapters also highlights a specific case study in which similar themes are examined, such as the written word; resource networks, trade, and exchange; social life; ritual and religion; and warfare and violence. Each chapter includes several sidebar boxes, a timeline showing the chronology relevant to that chapter, and "The Big Picture," "Peopling the Past," and "Further Reflections" features. 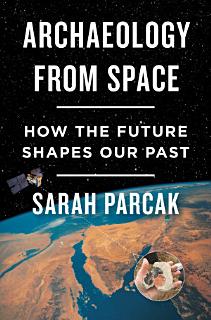 National Geographic Explorer and TED Prize-winner Dr. Sarah Parcak welcomes you to the exciting new world of space archaeology, a growing field that is sparking extraordinary discoveries from ancient civilizations across the globe. In Archaeology from Space, Sarah Parcak shows the evolution, major discoveries, and future potential of the young field of satellite archaeology. From surprise advancements after the declassification of spy photography, to a new map of the mythical Egyptian city of Tanis, she shares her field’s biggest discoveries, revealing why space archaeology is not only exciting, but urgently essential to the preservation of the world’s ancient treasures. Parcak has worked in twelve countries and four continents, using multispectral and high-resolution satellite imagery to identify thousands of previously unknown settlements, roads, fortresses, palaces, tombs, and even potential pyramids. From there, her stories take us back in time and across borders, into the day-to-day lives of ancient humans whose traits and genes we share. And she shows us that if we heed the lessons of the past, we can shape a vibrant future. Includes Illustrations 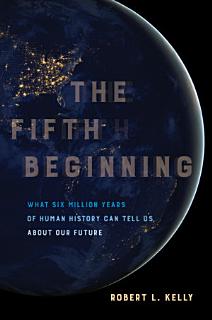 “I have seen yesterday. I know tomorrow.” This inscription in Tutankhamun’s tomb summarizes The Fifth Beginning. Here, archaeologist Robert L. Kelly explains how the study of our cultural past can predict the future of humanity. In an eminently readable style, Kelly identifies four key pivot points in the six-million-year history of human development: the emergence of technology, culture, agriculture, and the state. In each example, the author examines the long-term processes that resulted in a definitive, no-turning-back change for the organization of society. Kelly then looks ahead, giving us evidence for what he calls a fifth beginning, one that started about AD 1500. Some might call it “globalization,” but the author places it in its larger context: a five-thousand-year arms race, capitalism’s global reach, and the cultural effects of a worldwide communication network. Kelly predicts that the emergent phenomena of this fifth beginning will include the end of war as a viable way to resolve disputes, the end of capitalism as we know it, the widespread shift toward world citizenship, and the rise of forms of cooperation that will end the near-sacred status of nation-states. It’s the end of life as we have known it. However, the author is cautiously optimistic: he dwells not on the coming chaos, but on humanity’s great potential. 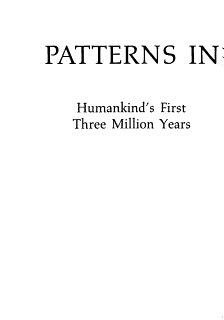 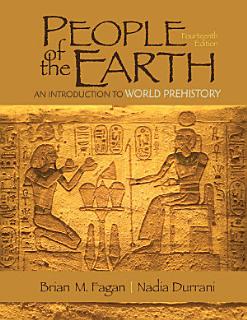 People of the Earth

GET BOOK People of the Earth Book Description :

Understand major developments of human prehistory People of the Earth: An Introduction to World Prehistory 14/e, provides an exciting journey though the 7-million-year-old panorama of humankind's past. This internationally renowned text provides the only truly global account of human prehistory from the earliest times through the earliest civilizations. Written in an accessible way for beginning students, People of the Earth shows how today's diverse humanity developed biologically and culturally over millions of years against a background of constant climatic change. 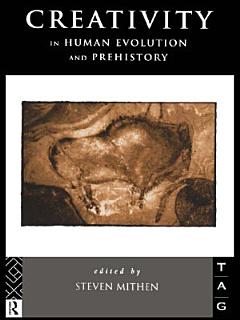 Creativity in Human Evolution and Prehistory

GET BOOK Creativity in Human Evolution and Prehistory Book Description :

We live in a world surrounded by remarkable cultural achievements of human kind. Almost every day we hear of new innovations in technology, in medicine and in the arts which remind us that humans are capable of remarkable creativity. But what is human creativity? The modern world provides a tiny fraction of cultural diversity and the evidence for human creativity, far more can be seen by looking back into prehistory. The book examines how our understanding of human creativity can be extended by exploring this phenomenon during human evolution and prehistory. The book offers unique perspectives on the nature of human creativity from archaeologists who are concerned with long term patterns of cultural change and have access to quite different types of human behaviour than that which exists today. It asks whether humans are the only creative species, or whether our extinct relatives such as Homo habilis and the Neanderthals also displayed creative thinking. It explores what we can learn about the nature of human creativity from cultural developments during prehistory, such as changes in the manner in which the dead were buried, monuments constructed, and the natural world exploited. In doing so, new light is thrown on these cultural developments and the behaviour of our prehistoric ancestors. By examining the nature of creativity during human evolution and prehistory these archaeologists, supported by contributions from psychology, computer science and social anthropology, show that human creativity is a far more diverse and complex phenomena than simply flashes of genius by isolated individuals. Indeed they show that unless perspectives from prehistory are taken into account, our understanding of human creativity will be limited and incomplete. 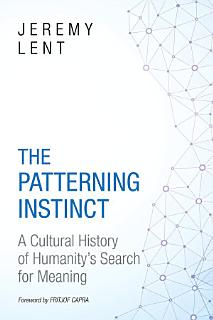 Winner of the 2017 Nautilus Silver Award! This fresh perspective on crucial questions of history identifies the root metaphors that cultures have used to construct meaning in their world. It offers a glimpse into the minds of a vast range of different peoples: early hunter-gatherers and farmers, ancient Egyptians, traditional Chinese sages, the founders of Christianity, trail-blazers of the Scientific Revolution, and those who constructed our modern consumer society. Taking the reader on an archaeological exploration of the mind, the author, an entrepreneur and sustainability leader, uses recent findings in cognitive science and systems theory to reveal the hidden layers of values that form today's cultural norms. Uprooting the tired clichés of the science-religion debate, he shows how medieval Christian rationalism acted as an incubator for scientific thought, which in turn shaped our modern vision of the conquest of nature. The author probes our current crisis of unsustainability and argues that it is not an inevitable result of human nature, but is culturally driven: a product of particular mental patterns that could conceivably be reshaped. By shining a light on our possible futures, the book foresees a coming struggle between two contrasting views of humanity: one driving to a technological endgame of artificially enhanced humans, the other enabling a sustainable future arising from our intrinsic connectedness with each other and the natural world. This struggle, it concludes, is one in which each of us will play a role through the meaning we choose to forge from the lives we lead. 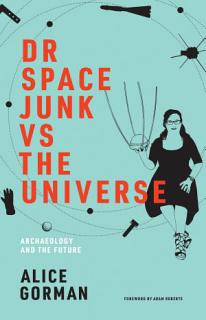 Dr Space Junk vs The Universe

GET BOOK Dr Space Junk vs The Universe Book Description :

A pioneering space archaeologist explores artifacts left behind in space and on Earth, from moon dust to Elon Musk's red sports car. Alice Gorman is a space archaeologist: she examines the artifacts of human encounters with space. These objects, left behind on Earth and in space, can be massive (dead satellites in eternal orbit) or tiny (discarded zip ties around a defunct space antenna). They can be bold (an American flag on the moon) or hopeful (messages from Earth sent into deep space). They raise interesting questions: Why did Elon Musk feel compelled to send a red Tesla into space? What accounts for the multiple rocket-themed playgrounds constructed after the Russians launched Sputnik? Gorman—affectionately known as “Dr Space Junk” —takes readers on a journey through the solar system and beyond, deploying space artifacts, historical explorations, and even the occasional cocktail recipe in search of the ways that we make space meaningful. Engaging and erudite, Gorman recounts her background as a (nonspace) archaeologist and how she became interested in space artifacts. She shows us her own piece of space junk: a fragment of the fuel tank insulation from Skylab, the NASA spacecraft that crash-landed in Western Australia in 1979. She explains that the conventional view of the space race as “the triumph of the white, male American astronaut” seems inadequate; what really interests her, she says, is how everyday people engage with space. To an archaeologist, objects from the past are significant because they remind us of what we might want to hold on to in the future. 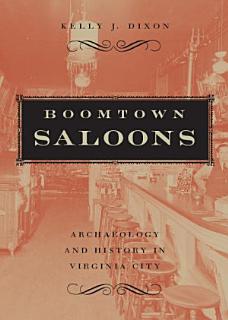 The image of Old West saloons as sites of violence and raucous entertainment has been perpetuated by film and legend, but the true story of such establishments is far more complex. In Boomtown Saloons, archaeologist Kelly J. Dixon recounts the excavation of four historic saloon sites in Nevada’s Virginia City, one of the West’s most important boomtowns, and shows how the physical traces of this handful of disparate drinking places offer a new perspective on authentic life in the mining West. During the second half of the nineteenth century, the Comstock Lode’s mineral wealth attracted people from all over the world. At its peak, Virginia City had a cosmopolitan population of over 20,000 people. Like people everywhere, they sought to pass their leisure time in congenial company, often in one or another of the four saloons studied here. Dixon’s account of the role these four establishments played in the social and economic life of Virginia City offers keen insight into the businesses and people who made up the backdrop of a mining boomtown. The saloons in this study were quieter than legend would have us believe; they served relatively distinct groups and offered their customers a place of refuge, solidarity, and social contact with peers in a city where few people had longtime ties or initially any close contacts. Boomtown Saloons also offers an equally vivid portrait of the modern historical archaeologist who combines time-honored digging, reconstruction, and analysis methods with such cutting-edge technology as DNA analysis of saliva traces on a 150-year-old pipestem and chemical analysis of the residue in discarded condiment bottles. The book is illustrated with historical photographs and maps, as well as photographs of artifacts uncovered during the excavations of the four sites. Dixon’s sparkling text and thoughtful interpretation of evidence reveal an unknown aspect of daily life in one of the West’s most storied boomtowns and demonstrate that, cont