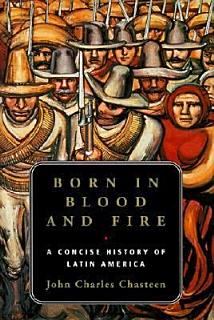 A history of Latin America spans six centuries and encompasses twenty countries as it discusses the people, events, and factors that shaped the region--including colonization, revolution, and the struggle for political and social equality.

A thematic anthology of primary sources for Latin American social and cultural history, the Second Edition reader complements the table of contents of Born in Blood and Fire, Fourth Edition, and draws on newspapers, novels, magazines, and journals--many translated by Chasteen himself--to present compelling narrative accounts of life and society across Latin American history. 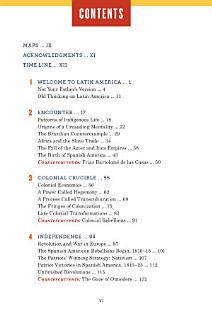 Born in Blood and Fire, Fourth Edition has been extensively revised to heighten emphasis on current cultural analyses of Latin American society and facilitate meaningful connections between the Encounter and the present. Throughout the Fourth Edition, a new full-color design highlights an enriched and expanded map and illustration program. This, along with new quizzing and assessment options and a new edition of the companion reader, offers students and instructors more support than ever before.

Deeply knowledgeable about the geography, history, and culture of the region, Chasteen serves as the reader's guide as he masterfully ties together the history of more than twenty countries spanning more than six centuries. Beginning with the Encounter and ending in our current times, Chasteen tells a story filled with despair and hope, conquest and colonization, racial mixing and class construction, revolution and the formation of the republics, and the never-ending quest for sustained economic growth and social equality. Students' understanding of this much-misunderstood region will be forever changed after reading this beautifully written book. 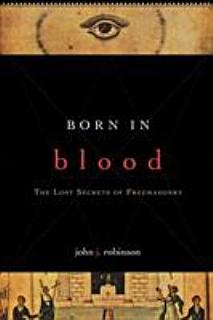 Its mysterious symbols and rituals had been used in secret for centuries before Freemasonry revealed itself in 1717. But where had this powerful organization come from and why had Freemasonry been attacked by the Roman Catholic Church? Robinson answers those questions and more. 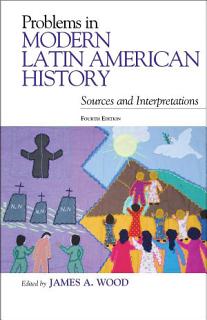 Now in its fourth edition, this leading reader has been updated to tighten the focus of each chapter on a major interpretive problem. This edition includes an entirely new chapter, “Historical Memory,” which allows readers to revisit the era of the Cold War from a contemporary perspective, and the chapters on nationalism and globalization have been thoroughly revised. The book continues to offer a rich variety of materials that can be tailored to the needs of individual instructors. By focusing each chapter on a single interpretive problem, the book painlessly engages students in document analysis and introduces them to historiography. With its innovative combination of primary and secondary sources and editorial analysis, this text is designed specifically to stimulate critical thinking in a wide range of courses on Latin American history since independence. 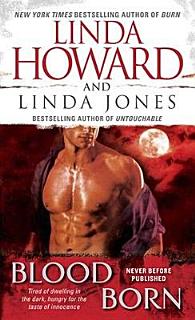 When the human and the vampire worlds collide, there will be hell to pay. Luca Ambrus is a rare breed: vampire from birth, begotten by vampire parents, blood born. He is also an agent of the Council—the centuries-old cabal that governs vampirekind, preserving their secrecy and destroying those who betray them. When a cryptic summons leads him to the scene of the brutal killing of a powerful Council member, Luca begins the hunt for an assassin among his own people. But instead of a lone killer he discovers a sinister conspiracy of rogue vampires bent on subjugating the mortal world. All that stands in their way are the conduits, humans able to channel spirit warriors into the physical world to protect mankind. Chloe Fallon is a conduit—and a target of the vampire assassin who’s killing them. When Luca saves her life, an irresistible bond of trust—along with more passionate feelings—is forged between them. As more victims fall, Chloe and Luca have only each other to depend on to save the world from the reign of monsters—and salvage their own future together. 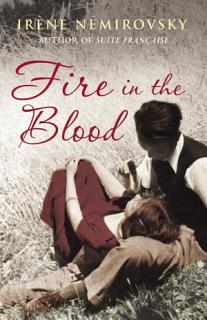 Fire in the Blood

GET BOOK Fire in the Blood Book Description :

A new treasure unearthed by Némirovsky’s biographers: another never-before-published novel from the author of the #1 bestselling Suite Française. This perfect gem of a novel was discovered only recently in separate archive files. A few pages were in the famous suitcase that Irène Némirovsky’s daughters saved, but the balance had been deposited with a very close friend during the war. A morality tale with doubtful morals, a story of murder, love and betrayal in rural France, Fire in the Blood, planned in 1937 and written in 1941, is set in a small village (based on Issy l’Evèque, where Suite Française was written), and brilliantly prefigures the village community in her later masterpiece. Fire in the Blood is a beautiful chamber piece which starts quietly, lyrically, but then races away with revelations and narrative twists in a story about young women forced into marriages with old men, about mothers and daughters, stepmothers and stepdaughters, youthful passions and the regrets of old age, about peasant communities and the ways they hide their secrets. Némirovsky looks at her characters, both young and old, with the same clear-eyed distance and humanity as she displayed in Suite Française, unpeeling layer after layer. As atmospheric and haunting as Sándor Márai’s Embers, and with the crystalline perfection of Chekhov, Fire in the Blood is another gripping literary find. From the Hardcover edition. 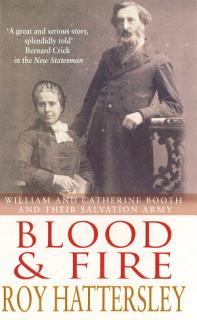 An uneducated youth, William Booth left home in 1849 at the age of twenty to preach the gospel for the New Methodist Connexion. Six years later he founded a new religious movement which succeeded to such a degree that the Salvation Army (which it became) is now a worldwide operation with massive membership. But that is only part of Booth's importance and heritage. In many ways his story is also that of the Victorian poor, as he and his wife Catherine made it their lives' work to battle against the poverty and deprivation which were endemic in the mid- to late 1800s. Indeed, it was Catherine who, although a chronic invalid, inspired the Army's social policy and attitude to female authority. Her campaign against child prostitution resulted in the age of consent being raised and it was Catherine who, dying of cancer, encouraged William to clear the slums -- In Darkest England, The Way Out. Roy Hattersley's masterful dual biography is not just the story of two fascinating lives but a portrait of an integral part of our history. 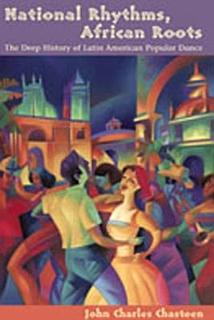 When John Charles Chasteen learned that Sim'n Bolívar, the Liberator, danced on a banquet table to celebrate Latin American independence in 1824, he tried to visualize the scene. How, he wondered, did the Liberator dance? Did he bounce stiffly in his dress uniform? Or did he move his hips? In other words, how high had African dance influences reached in Latin American societies? A vast social gap separated Bolívar from people of African descent; however, Chasteen's research shows that popular culture could bridge the gap. Fast-paced and often funny, this book explores the history of Latin American popular dance before the twentieth century. Chasteen first focuses on Havana, Buenos Aires, and Rio de Janeiro, where dances featuring a "transgressive close embrace" (forerunners of today's salsa, tango, and samba) emerged by 1900. Then, digging deeper in time, Chasteen uncovers the historical experiences that molded Latin American popular dance, including carnival celebrations, the social lives of slaves, European fashions, and, oddly enough, religious processions. The relationship between Latin American dance and nationalism, it turns out, is very deep, indeed.