This vivid and bloodthirsty tale explores the true story of the woman who took on the might of the greatest power of the ancient world and nearly drove it out of part of its empire. 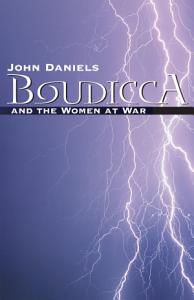 The Romans conquered Gaul (modern France and Belgium) in seven years but it took them seventy-seven years to incorporate two thirds of Britain into the empire. One reason it took so long is the revolt that cost seventy thousand lives, destroyed three major cities and required roughly eight thousand additional troops to make up losses and restore some semblance of order. The shock was intensified by learning that such a humiliation of Roman might had occurred at the hands of a woman. How could such things happen to the world’s only superpower? Seventeen years after the Romans invaded Britain, two figures stepped onto history ́s stage to join in mortal combat. One was Suetonius Paulinus, Rome ́s toughest general and the fifth governor of Britain. The other was a royal woman named Boudicca. Her kingdom dissolved on the death of her husband, her daughters raped and herself flogged in order to cow the Britons, Queen Boudicca gathered her armies and attacked. In a sweep that would have pleased General Patton, she annihilated a legion, destroyed Colchester, London and St Albans and threw the entire occupation of Britain into jeopardy. Then she faced the brutal Paulinus in a final battle and was defeated. Was she outclassed or betrayed? To answer this, Boudicca’s trail is followed as she develops from a young warrior into an immortal Queen-general. As she grows into the role of Arviragus (Commander) of the British armies, she has to deal not only with Roman invaders but also with the treacherous ambitions of her rival, sexy Queen Cartimandua, who loves to scramble men’s brains and aims to get control of Rome’s legions by seducing Rome’s governors. She also has to deal with another invasion by Christian missionaries who spread the disruptive message of peace and love among the armies of both sides. Elsa, the Christian healer whom Boudicca loves, fights her own war against religious hypocrisy, while the evil Druidess Morfudd and her servant the murderous Regan, sc 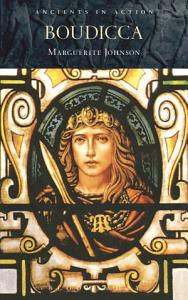 Boudicca (Boadicea), Leader of the Iceni, is synonymous with rebellion and feminine strength, yet what we know of her is often far removed from the time in which she lived and the early authors who first wrote about her. In this new study, Marguerite Johnson returns to the original sources and interrogates them in order to unearth what the ancients thought of this most enigmatic heroine of British freedom. After a concise overview of Boudicca and the British rebellion against Rome, she turns to the writings of Tacitus and Dio and provides an in-depth analysis of their views on Boudicca and her people. These readings, which form the centrepiece of the book, are followed by an insightful series of readings of Boudicca post-antiquity, including the scant references to her in the writings that emerged after the fall of the Roman Empire to the most modern re-workings of this most fascinating of historical icons. 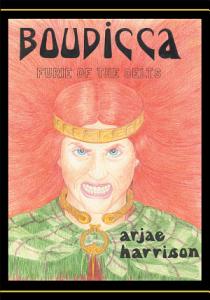 This story is a blend of the available historical facts concerning the famed Iceni Queen, with the mythology in Britain at the beginning of the first millennium. It begins four years before the Claudian invasion of Britain, when Boudicca was probably in her early teens, and follows her life through her early training, her marriage to King Prasutagus with whom she has two daughters, and her increasing power with Iceni tribe. The story ends with her death in 61 AD. In the years after the invasion, the victorious Romans become greedy and when the Prasutagus dies, Boudicca is scourged. In the resulting revolt, she leads an army that slaughters all who side with the Romans. In her rampage she very nearly defeats the Roman army, but when victory escapes her, she commits suicide. While allegory, fantasy and mysticism are employed, the story remains true to the mores, customs and beliefs of the Celts, as nearly as knowledge permits. Many of the characters, such as Prasutagus, Caratacus, Togodumnus, Cunobelinos, The Roman leaders and the Roman procurator are documented historical figures who were involved in the four hundred year reign of the Romans. 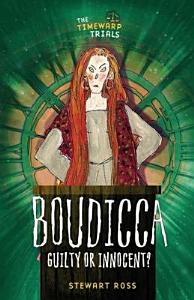 The TimeWarp Trials puts famous historical figures on trial, beginning with an introduction of the accused and proceeding to the trial, where the prosecution presents the case then is followed by arguments from the defense; when the trial comes to end, the reader, as a member of the jury, must decide--guilty or not guilty. Original. 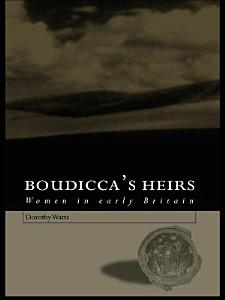 Affording a clearer depiction of women in the Late Iron Age and Roman Britain than currently exists, Dorothy Watts examines archaeological, inscriptional and literary evidence to present a unique assessment of women and their place during the Romanization of Britain. Analyzing information from over 4,000 burials in terms of age, health and nutrition, Watt draws comparison with evidence on men’s lives and burials. Effectively integrating her archaeological findings with the political and social history of the late Iron Age and Roman period, she expertly places women in their real context. This fascinating study of women’s status, daily life, religion and death is an invaluable insight into the lives and loves of women in Roman Britain, and students of history, women’s studies, classical studies and archaeology will find this book an indispensable aid to their studies.

Why is The Morrígan's raven crying? Only Britons with hearts for true liberty know! In 43 CE Roman conquest of Britannia seems all but certain -- until a chance meeting between King Prasutagus of the Iceni and a runaway slave of royal decent from the Aedui tribe in Gaul changes the fate of the British islands forever. Rise up for liberty with the true story of Boudicca, Britain's Queen of the Iceni and discover one of the most inspiring stories in history! Based on the accounts of Roman historian Tacitus and supplemented with archaeology presented by the BBC. Student - Teacher Edition features study questions after every chapter. 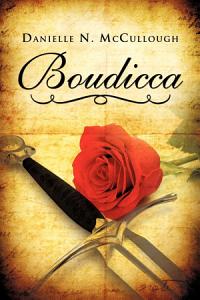 Boudicca is a young medieval princess, who wants to do nothing more than break tradition and live her life on her own terms. Her plans for her life are dashed when she learns that she must marry a man of her parents choosing for the sake of political stability. It is then that she meets a mysterious young man whom she becomes enamored of. Will Boudicca follow the will of her parents or will she risk all for the will of her heart? Danielle McCullough was born, raised, and still lives in New York City. She wrote her first story at the age of six, when she went to work for a day with her grandmother. That first story was one of adventure about a group of friends, who search for hidden treasure in a monster ridden cave. She has written many stories since that first one long ago. "Boudicca" is her first novel.