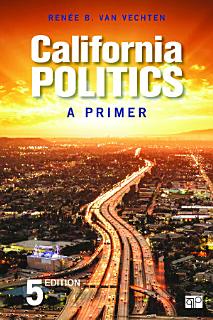 The thoroughly revised Fifth Edition of California Politics: A Primer concisely explains how California’s history, political culture, rules, and institutions come together to shape politics today and how they will determine the state of affairs tomorrow. Author Renee B. Van Vechten begins with a brief political history of California, then walks through direct democracy, the legislature, executive branch, and court system. She covers local government and concludes with a discussion of the state’s budget process, campaigns and elections, political engagement, and policy issues. From the structure of the state's government to its local representatives, policies, and voter participation, California Politics: A Primer delivers the concepts and details students need. New to the Fifth Edition An emphasis on California’s place in the federal system provides you with context around the state leadership's resistance to Trump administration policies on things like California’s sanctuary state status, immigration, the environment, and more. Increased coverage of policy topics throughout the book helps you see how recent policy has impacted issues such as greenhouse gas emissions regulations, attempted “fixes” for water- and drought-related issues, new transportation projects, and prison reform. Extended discussions of elections-related innovations introduce you to recent elections-related topics such as the Top-Two Primary, efforts to increase voter registration, all vote-by-mail elections, and redistricting. New coverage of the “Five Californias” gives you a better understanding of California’s political geography and how distinct segments of the population are primed for political engagement or disaffection. New lists of key terms with clear definitions at the end of each chapter enable you to review the content more effectively. New and updated maps and graphics depict important topics such as California’s newly proposed high-speed rail project. 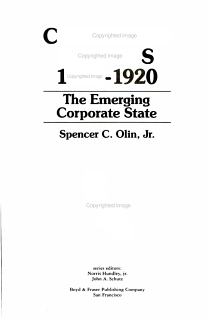 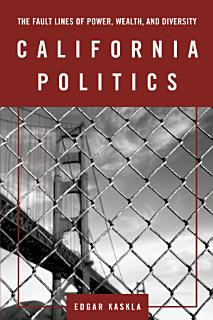 California is full of myths and legends, but its political system shouldn&BAD:’t be. In this refreshingly critical take, Edgar Kaskla brings an analysis of power&BAD:—how it is distributed, how it is used, and to what end&BAD:—to bear on California&BAD:’s political system and the many troubling issues it currently faces. Starting from the premise that California is in deep crisis politically, economically, culturally, and environmentally, Kaskla traces the state&BAD:’s economic and political development as a process controlled by and for the elite, be they land barons, the Hollywood glitterati, or Silicon Valley execs.Kaskla focuses on what he calls growth machine politics&BAD:—elites and their land use as promoters of development and redevelopment&BAD:—to show students how the gap between the rich and poor in California continues to widen. As minority communities increase in size, as the cost of campaigning in the state balloons, and as the state&BAD:’s debt crisis mounts, the socio-economic and cultural issues at play in California add up to a real threat to democratic governance. Kaskla clearly outlines how each of the state&BAD:’s institutions are organized, but also shows how they are affected&BAD:—indeed distorted&BAD:—by a host of serious economic and social inequalities. Not one to mince words, Kaskla is in places irreverent, but his text is thoroughly researched and well argued, never crossing the line into the polemical. Tables, figures, maps, and lists for further reading help reinforce the book&BAD:’s substantive points and critical approach, and a host of student and instructor ancillaries help with study, review, and preparation. 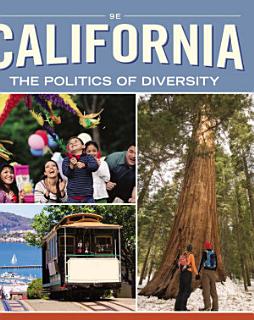 California The Politics of Diversity

GET BOOK California The Politics of Diversity Book Description :

CALIFORNIA: THE POLITICS OF DIVERSITY, 9th Edition, explores the uniqueness and excitement of California’s political environment through two key themes: diversity and hyperpluralism. Experienced educators with backgrounds in state and local government, Lawrence and Cummins bring an informed, insightful perspective to the examination of the numerous pressures that make governing the state increasingly challenging. This edition adds student learning outcomes, which highlight the central ideas and points that students should take away from each chapter. The text is also written in an easily accessible way that provides examples particularly interesting to students. Important Notice: Media content referenced within the product description or the product text may not be available in the ebook version. 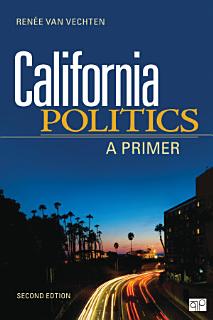 Underscoring the essentials, Van Vechten's concise text delivers on the concepts and details students need to understand how California's political system works. The thoroughly revised second edition retains all the strengths of the first edition, with updates that include: * all charts, graphs, and tables reflecting major data releases such as the U.S. Census, election results, state reports, and public opinion polls; * a look at direct democracy in counties and municipalities through local initiatives; * an expanded view of political constraints on the annual budgeting process; * coverage of significant alterations to the primary system and redistricting process; * the replacement of Arnold Schwarzenegger with new governor Jerry Brown; * and a new chapter on political engagement, examining where Californians get their political information and how they use it to influence state politics. 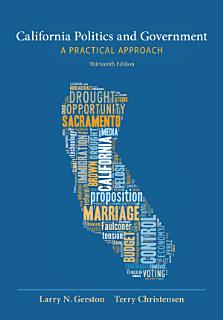 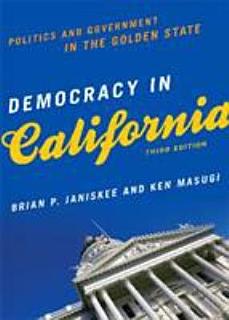 Examines the politics and character of California's governmental institutions and discusses how they impact the lives of its citizens. 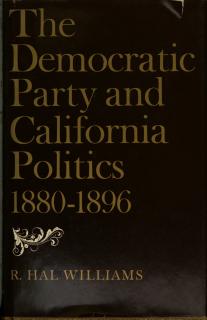 The Democratic Party and California Politics 1880 1896

GET BOOK The Democratic Party and California Politics 1880 1896 Book Description : 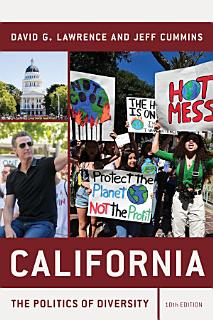 This new edition includes key political developments over the last few years and continues to look at the diverse and hyperpluralistic nature of the state itself, particularly its people and the groups to which they belong.The authors continue to explain California politics through the dual lenses of diversity and hyperpluralism.

A Primer of California Politics

GET BOOK A Primer of California Politics Book Description :

A concise introduction to California Politics placed in a historical, national, and global context. The text analyzes critical political issues, paying special attention to diversity, and examines how these issues impact California state and local government. Students learn the basic principles of political decision-making processes by comparing the institutions of the Federal government to those of California.