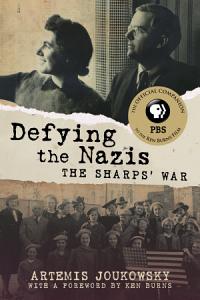 The little-known story of the Sharps whose rescue and relief missions across Europe during World War II saved the lives of countless Jews, refugees, and political dissidents. Official companion to the Ken Burns PBS film. For readers captivated by the story of Antonina Zabinski as told in The Zookeeper's Wife and other stories of rescue missions during WWII, Defying the Nazis is an essential read. In 1939, the Reverend Waitstill Sharp, a young Unitarian minister, and his wife, Martha, a social worker, accepted a mission from the American Unitarian Association: they were to leave their home and young children in Wellesley, Massachusetts, and travel to Prague, Czechoslovakia, to help address the mounting refugee crisis. Seventeen ministers had been asked to undertake this mission and had declined; Rev. Sharp was the first to accept the call for volunteers in Europe. Armed with only $40,000, Waitstill and Martha quickly learned the art of spy craft and undertook dangerous rescue and relief missions across war-torn Europe, saving refugees, political dissidents, and Jews on the eve of World War II. After narrowly avoiding the Gestapo themselves, the Sharps returned to Europe in 1940 as representatives of the newly formed Unitarian Service Committee and continued their relief efforts in Vichy France. A fascinating portrait of resistance as told through the story of one courageous couple, Defying the Nazis offers a rare glimpse at high-stakes international relief efforts during WWII and tells the remarkable true story of a couple whose faith and commitment to social justice inspired them to risk their lives to save countless others. 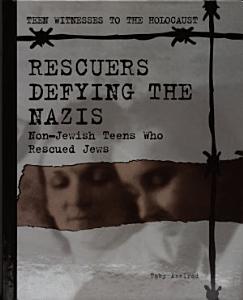 Relates the stories of courageous non-Jewish teenagers who rescued Jews from the Nazis.

Captain Wilm Hosenfeld was an ardent admirer of Adolf Hitler, but after witnessing Nazi brutality, he was moved to become a rescuer. Hosenfeld's heroism was not known outside Poland until The Pianist, a best-selling book later made into an Academy Award winning movie, revealed an amazing man whose compassion for Poles and Jews saved more than 80 people. 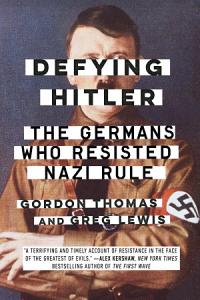 "A terrifying and timely account of resistance in the face of the greatest of evils.”—Alex Kershaw, New York Times bestselling author of The First Wave An enthralling story that vividly resurrects the web of everyday Germans who resisted Nazi rule Nazi Germany is remembered as a nation of willing fanatics. But beneath the surface, countless ordinary, everyday Germans actively resisted Hitler. Some passed industrial secrets to Allied spies. Some forged passports to help Jews escape the Reich. For others, resistance was as simple as writing a letter denouncing the rigidity of Nazi law. No matter how small the act, the danger was the same--any display of defiance was met with arrest, interrogation, torture, and even death. Defying Hitler follows the underground network of Germans who believed standing against the Fuhrer to be more important than their own survival. Their bravery is astonishing--a schoolgirl beheaded by the Gestapo for distributing anti-Nazi fliers; a German American teacher who smuggled military intel to Soviet agents, becoming the only American woman executed by the Nazis; a pacifist philosopher murdered for his role in a plot against Hitler; a young idealist who joined the SS to document their crimes, only to end up, to his horror, an accomplice to the Holocaust. This remarkable account illuminates their struggles, yielding an accessible narrative history with the pace and excitement of a thriller. 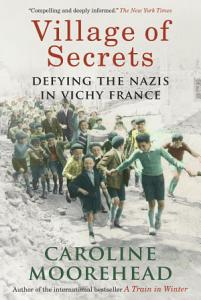 From the author of the runaway bestseller A Train in Winter comes the extraordinary story of a French village that helped save thousands, including many Jewish children, who were pursued by the Gestapo during World War II. Le Chambon-sur-Lignon is a small village of scattered houses high in the mountains of the Ardèche. Surrounded by pastures and thick forests of oak and pine, the plateau Vivarais lies in one of the most remote and inaccessible parts of Eastern France, cut off for long stretches of the winter by snow. During the Second World War, the inhabitants of the area saved thousands wanted by the Gestapo: resisters, freemasons, communists, downed Allied airmen and above all Jews. Many of these were children and babies, whose parents had been deported to the death camps in Poland. After the war, Le Chambon became the only village to be listed in its entirety in Yad Vashem's Dictionary of the Just. Just why and how Le Chambon and its outlying parishes came to save so many people has never been fully told. Acclaimed biographer and historian Caroline Moorehead brings to life a story of outstanding courage and determination, and of what could be done when even a small group of people came together to oppose German rule. It is an extraordinary tale of silence and complicity. In a country infamous throughout the four years of occupation for the number of denunciations to the Gestapo of Jews, resisters and escaping prisoners of war, not one single inhabitant of Le Chambon ever broke silence. The story of Le Chambon is one of a village, bound together by a code of honour, born of centuries of religious oppression. And, though it took a conspiracy of silence by the entire population, it happened because of a small number of heroic individuals, many of them women, for whom saving those hunted by the Nazis became more important than their own lives. 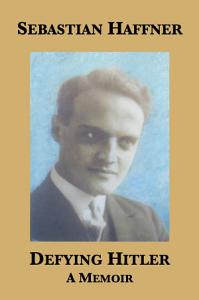 Defying Hitler was written in 1939 and focuses on the year 1933, when, as Hitler assumed power, its author was a 25-year-old German law student, in training to join the German courts as a junior administrator. His book tries to answer two questions people have been asking since the end of World War II: “How were the Nazis possible?” and “Why did no one stop them?” Sebastian Haffner’s vivid first-person account, written in real time and only much later discovered by his son, makes the rise of the Nazis psychologically comprehensible. “An astonishing memoir... [a] masterpiece.” — Gabriel Schoenfeld, The New York Times Book Review “A short, stabbing, brilliant book... It is important, first, as evidence of what one intelligent German knew in the 1930s about the unspeakable nature of Nazism, at a time when the overwhelming majority of his countrymen claim to have know nothing at all. And, second, for its rare capacity to reawaken anger about those who made the Nazis possible.” — Max Hastings, The Sunday Telegraph “Defying Hitler communicates one of the most profound and absolute feelings of exile that any writer has gotten between covers.” — Charles Taylor, Salon “Sebastian Haffner was Germany’s political conscience, but it is only now that we can read how he experienced the Nazi terror himself — that is a memoir of frightening relevance today.” — Heinrich Jaenicke, Stern “The prophetic insights of a fairly young man... help us understand the plight, as Haffner refers to it, of the non-Nazi German.” — The Denver Post “Sebastian Haffner’s Defying Hitler is a most brilliant and imaginative book — one of the most important books we have ever published.” — Lord Weidenfeld

Dr Ernst Leitz II and the Leica Train to Freedom 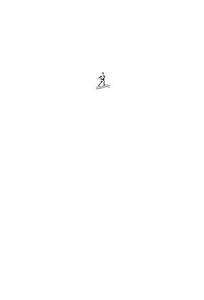 The Girl from Venice

GET BOOK The Girl from Venice Book Description :

In occupied 1945 Venice, a fisherman rescues a Jewish woman on the run from the Wehrmact SS and chooses to protect her from the Nazis, a decision that leads them into a turbulent love affair marked by beauty and danger.

Relates the stories of courageous non-Jewish teenagers who rescued Jews from the Nazis. 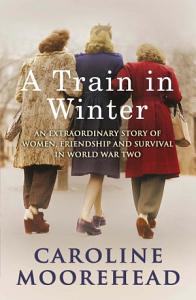 A Train in Winter

GET BOOK A Train in Winter Book Description :

“How can you do this work if you have a child?” asked her mother. “It is because I have a child that I do it,” replied Cecile. “This is not a world I wish her to grow up in.” On January 24, 1943, 230 women were placed in four cattle trucks on a train in Compiegne, in northeastern France, and the doors bolted shut for the journey to Auschwitz. They were members of the French Resistance, ranging in age from teenagers to the elderly, women who before the war had been doctors, farmers’ wives, secretaries, biochemists, schoolgirls. With immense courage they had taken up arms against a brutal occupying force; now their friendship would give them strength as they experienced unimaginable horrors. Only forty-nine of the Convoi des 31000 would return from the camps in the east; within ten years, a third of these survivors would be dead too, broken by what they had lived through. In this vitally important book, Caroline Moorehead tells the whole story of the 230 women on the train, for the first time. Based on interviews with the few remaining survivors, together with extensive research in French and Polish archives, A Train in Winter is an essential historical document told with the clarity and impact of a great novel. Caroline Moorehead follows the women from the beginning, starting with the disorganized, youthful and high-spirited activists who came together with the Occupation, and chronicling their links with the underground intellectual newspapers and Communist cells that formed soon afterwards. Postering and graffiti grew into sabotage and armed attacks, and the Nazis responded with vicious acts of mass reprisal – which in turn led to the Resistance coalescing and developing. Moorehead chronicles the women’s roles in victories and defeats, their narrow escapes and their capture at the hands of French police eager to assist their Nazi overseers to deport Jews, resisters, Communists and others. Their story moves inevitably through to its horrifying last