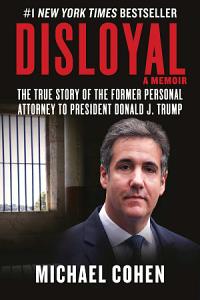 A #1 New York Times Bestseller! "I read it cover-to-cover. I did not intend to, but I started at the beginning and didn’t put it down until it was over."—Rachel Maddow, MSNBC This book almost didn’t see the light of day as government officials tried to bar its publication. The Inside Story of the Real President Trump, by His Former Attorney and Personal Advisor—The Man Who Helped Get Him Into the Oval Office Once Donald Trump’s fiercest surrogate, closest confidant, and staunchest defender, Michael Cohen knows where the skeletons are buried. This is the most devastating business and political horror story of the century. As Trump’s lawyer and “fixer,” Cohen not only witnessed firsthand but was also an active participant in the inner workings of Trump’s business empire, political campaign, and presidential administration. This is a story that you have not read in newspapers, or on social media, or watched on television. These are accounts that only someone who worked for Trump around the clock for over a decade—not a few months or even a couple of years—could know. Cohen describes Trump’s racist rants against President Barack Obama, Nelson Mandela, and Black and Hispanic people in general, as well as the cruelty, humiliation, and abuse he leveled at family and staff. Whether he’s exposing the fact that Trump engaged in tax fraud by inflating his wealth or electronic fraud by rigging an online survey, or outing Trump’s Neanderthal views towards women or his hush-money payments to clandestine lovers, Cohen pulls no punches. He shows Trump’s relentless willingness to lie, exaggerate, mislead, or manipulate. Trump emerges as a man without a soul—a man who courts evangelicals and then trashes them, panders to the common man, but then rips off small business owners, a con man who will do or say absolutely anything to win, regardless of the cost to his family, his associates, or his country. At the heart of Disloyal, we see how Cohen came und

Menace wants to abandon the street life of hustling but being a black man with a violent criminal record finds his goal unachievable by legal means. He feels forced to venture deeper into the underworld to discover that accumulating riches comes with a heavy price of betrayal, deceit and often murder. Menace struggles within himself to find the right path while traveling the wrong roads. Everything he has dreamed of is threatened when a chain of events bring a new direction to his life. Now escaping the evil streets of Los Angeles with his soon to be family may not be as easy as he first thought. 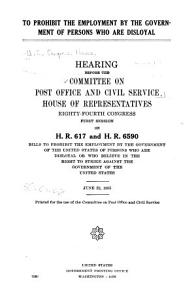 GET BOOK To Prohibit the Employment by the Government of Persons who are Disloyal Book Description : 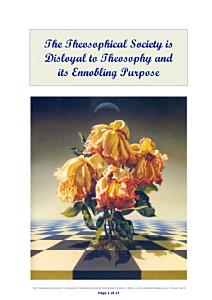 The Theosophical Society is Disloyal to Theosophy and its Ennobling Purpose

GET BOOK The Theosophical Society is Disloyal to Theosophy and its Ennobling Purpose Book Description : 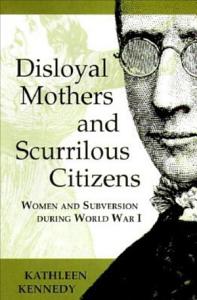 A concise and highly readable study of women’s influence on a crucial era in American political and cultural history. Kathleen Kennedy’s unique study explores the arrests, trials, and defenses of women charged under the Wartime Emergency Laws passed soon after the US entered World War I. These women, often members of the political left, whose anti-war or pro-labor activity brought them to the attention of federal officials, made up ten percent of the approximately two thousand Federal Espionage cases. Their trials became important arenas in which women’s relationships and obligations to national security were contested and defined. Anti-radical politics raised questions about the state’s role in defining motherhood and social reproduction. Kennedy shows that state authorities often defined women’s subversion as a violation of their maternal roles. Yet, with the exception of Kate Richards O’Hare, the women charged with sedition did not define their political behavior within the terms set by maternalism. Instead, they used liberal arguments of equality, justice, and democratic citizenship to argue for their right to speak frankly about American policy. Such claims, while often in opposition to strategies outlined by their defense teams, helped form the framework for modern arguments made in defense of civil liberties. 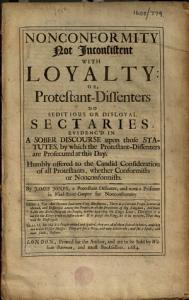 GET BOOK Nonconformity not inconsistent with loyalty or Protestant dissenters no seditious or disloyal sectaries etc Book Description : 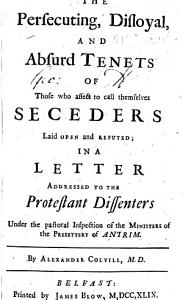 GET BOOK The Persecuting Disloyal and Absurd Tenets of Those who Affect to Call Themselves Seceders Laid Open and Refuted in a Letter Addressed to the Protestant Dissenters Under the Pastoral Inspection of the Presbytery of Antrim Book Description : 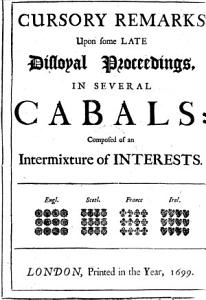 GET BOOK Cursory remarks upon some late disloyal proceedings in several cabals composed of an intermixture of interests Book Description :

Have you ever met the man of your dreams only to find out he was a nightmare. Meet Haven. Haven's an upcoming author from Detroit, MI who has everything her heart desires, a beautiful three year old daughter who she adores, a loyal man who adores her, a promising career and a nice savings account. Sound too good to be true right? Well it is. Haven has life a shattering secret no one knows about and her daughter's father is a low down womanizer who impregnated her and kept moving. Haven loves her daughter with every fiber of her being so she stops at nothing to try to get her child's father active in her life which in turn might ruin hers. Haven's isn't the only single mother trying to make it without help from a man she thought she was in love with. Lotus was once a busy hair braider who was close to opening her own braiding shop when she met a man who sweep her of her feet and out of her panties. Once a carefree, young woman with nothing but opportunity at her feet, Lotus was now strapped down with an autistic son, living off of public assistance, and chasing the man who once said he'd love her forever. If Haven's and Lotus' issues aren't enough, last but not least, get acquainted with Zara. Zara's problems are opposite of Haven and Lotus. She's actually married to the man of her dreams but after ignoring several red flags that were thrown in her face, Zara decided to turn a blind eye and fix him. She soon learns that a man who has a lot of baggage may not only drag her down but destroy her life. Take a journey with these three woman as they all struggle with life after opening themselves up to the wrong man. They all have different issues, however, the one thing they have in common is Aaron Avery. Yes, Aaron Avery is the father of Haven's daughter, father of Lotus' son and husband of Zara. Dive into the pages and see how these three women try to move forward without killing Aaron and more importantly, killing each other.