"It is the spring of 1968 in Belfast and James Kirkpatrick has just lost his father under suspicious circumstances, Casey Riordan is released from prison after five years and Pamela O'Flaherty has crossed an ocean and a lifetime of memories to find the man she fell in love with as a little girl. All three lives are on a collision course with each other against the backdrop of the burgeoning civil rights movement and a nation on the brink of revolution"-- 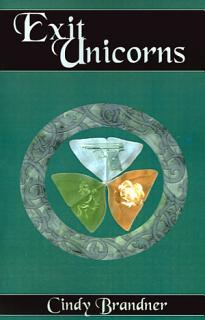 Exit Unicorns? is the story of three people whose lives become enmeshed in the bloody tapestry of the ?Irish Troubles?. It is a heady brew of danger, political intrigue and romance with the added plus of good old-fashioned storytelling.

Each of us carries within a map of memory. The map is worn at the folds--sometimes right through--and so place names are missing first letters or last or have a hole through the middle. We carry those maps with us always, and this map is mine--an island on the edge of the world and beyond it a place of dragons and sunken cities with bells that still ring a thousand years on... So begins Where Butterflies Dream, the fifth book in the award-winning Exit Unicorns series. The story opens in the winter of 1978 when Casey Riordan returns from three years in exile to find the world he left behind has changed. With little knowledge of his past, he fears the secrets which might well bring danger to his family, and the question he must answer for himself--whether a man can ever truly return home when he is no longer the man he once was. Pamela Riordan has grieved her lost husband for three long years but has forged a new life for herself in his absence. Still scarred from the violence which has so recently visited her, she wants only to keep her family safe and to find an oasis of peace in which to raise them. But in Northern Ireland peace always comes at a price. Jamie Kirkpatrick is forced to deal with the ghosts of his past in order to save his present, and the fragile happiness he has only just found. Casey's return forces all three to confront the ideas of what love means, what makes a family and how one copes with a history that weighs heavily upon the future. Even as they navigate the new territory of their personal lives, history keeps moving onward and all will be drawn into the the political maelstrom of the Irish Troubles. The storm will spread beyond the boundary of family to a new generation caught up in the tides of history, their fates rushing toward a merciless shore. Where Butterflies Dream is the story of a family, a people, a country and of that most mysterious territory of all--the geography of the human soul. 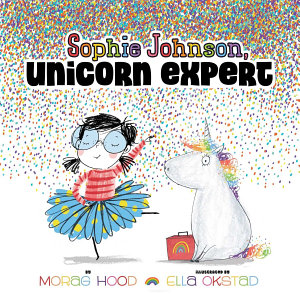 Meet the master of magical creatures: Sophie Johnson! She’s an expert on unicorns…or so she thinks! Sophie is a unicorn expert. She dresses up her toys, stuffed animals, and even her baby brother as unicorns! But living with enchanted animals can be tricky business. And Sophie is so caught up in teaching others that she fails to notice the magic right under her nose. This funny and fresh picture book tells the story of a unicorn hiding in plain sight and a little girl who is totally oblivious to his presence! 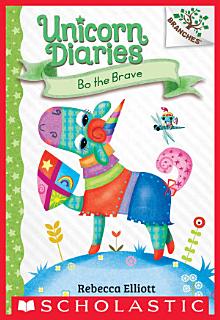 Bo and the unicorns of Sparklegrove Forest find ways to be brave, in this magical series from the creator of the bestselling Owl Diaries series! 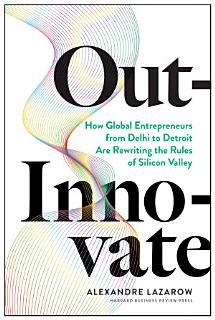 GET BOOK Out Innovate Book Description :

The new playbook for innovation and startup success is emerging from beyond Silicon Valley--at the "frontier." Startups have changed the world. In the United States, many startups, such as Tesla, Apple, and Amazon, have become household names. The economic value of startups has doubled since 1992 and is projected to double again in the next fifteen years. For decades, the hot center of this phenomenon has been Silicon Valley. This is changing fast. Thanks to technology, startups are now taking root everywhere, from Delhi to Detroit to Nairobi to Sao Paulo. Yet despite this globalization of startup activity, our knowledge of how to build successful startups is still drawn primarily from Silicon Valley. As venture capitalist Alexandre Lazarow shows in this insightful and instructive book, this Silicon Valley "gospel" is due for a refresh--and it comes from what he calls the "frontier," the growing constellation of startup ecosystems, outside of the Valley and other major economic centers, that now stretches across the globe. The frontier is a truly different world where startups often must cope with political or economic instability and lack of infrastructure, and where there might be little or no access to angel investors, venture capitalists, or experienced employee pools. Under such conditions, entrepreneurs must be creators who build industries rather than disruptors who change them because there are few existing businesses to disrupt. The companies they create must be global from birth because local markets are too small. They focus on resiliency and sustainability rather than unicorn-style growth at any cost. With rich and wide-ranging stories of frontier innovators from around the world, Out-Innovate is the new playbook for innovation--wherever it has the potential to happen.

Not all unicorns are rainbows and sunshine. This book will introduce you to the one unicorn that isnt a sparkly and magical creature. In fact, he's downright grumpy. From party planning to looking tough, this grumpy guy will make you smile with all of his frowning. 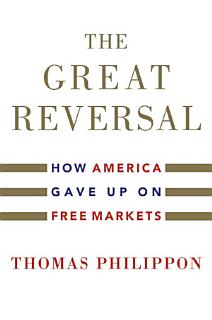 American markets, once a model for the world, are giving up on competition. Thomas Philippon blames the unchecked efforts of corporate lobbyists. Instead of earning profits by investing and innovating, powerful firms use political pressure to secure their advantages. The result is less efficient markets, leading to higher prices and lower wages.

Henry Heckelbeck is starting a new year of school. He has a new teacher, makes new friends, and discovers that he has some magical powers of his own thanks to a Book of Spells he finds in his bedroom. But magic can be tricky. Illustrations on almost every page.