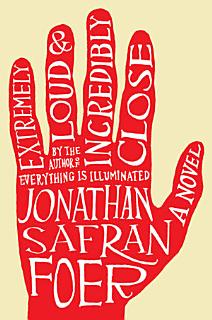 Jonathan Safran Foer emerged as one of the most original writers of his generation with his best-selling debut novel, Everything Is Illuminated. Now, with humor, tenderness, and awe, he confronts the traumas of our recent history. What he discovers is solace in that most human quality, imagination. Meet Oskar Schell, an inventor, Francophile, tambourine player, Shakespearean actor, jeweler, pacifist, correspondent with Stephen Hawking and Ringo Starr. He is nine years old. And he is on an urgent, secret search through the five boroughs of New York. His mission is to find the lock that fits a mysterious key belonging to his father, who died in the World Trade Center on 9/11. An inspired innocent, Oskar is alternately endearing, exasperating, and hilarious as he careens from Central Park to Coney Island to Harlem on his search. Along the way he is always dreaming up inventions to keep those he loves safe from harm. What about a birdseed shirt to let you fly away? What if you could actually hear everyone's heartbeat? His goal is hopeful, but the past speaks a loud warning in stories of those who've lost loved ones before. As Oskar roams New York, he encounters a motley assortment of humanity who are all survivors in their own way. He befriends a 103-year-old war reporter, a tour guide who never leaves the Empire State Building, and lovers enraptured or scorned. Ultimately, Oskar ends his journey where it began, at his father's grave. But now he is accompanied by the silent stranger who has been renting the spare room of his grandmother's apartment. They are there to dig up his father's empty coffin.

Nine-year-old Oskar Schell is an inventor, amateur entomologist, Francophile, letter writer, pacifist, natural historian, percussionist, romantic, Great Explorer, jeweller, detective, vegan, and collector of butterflies. When his father is killed in the September 11th attacks on the World Trade Centre, Oskar sets out to solve the mystery of a key he disovers in his father's closet. It is a search which leads him into the lives of strangers, through the five boroughs of New York, into history, to the bombings of Dresden and Hiroshima, and on an inward journey which brings him ever closer to some kind of peace. 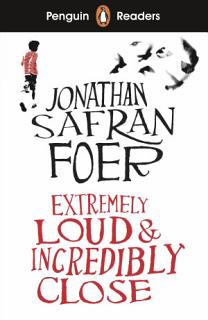 Penguin Readers is an ELT graded reader series for learners of English as a foreign language. Each title includes carefully adapted text, new illustrations and language learning exercises. The eBook edition does not include access to additional online resources. Titles include popular classics, exciting contemporary fiction, and thought-provoking non-fiction, introducing language learners to bestselling authors and compelling content. The eight levels of Penguin Readers follow the Common European Framework of Reference for language learning (CEFR). Exercises at the back of each Reader help language learners to practise grammar, vocabulary, and key exam skills. Before, during and after-reading questions test readers' story comprehension and develop vocabulary. Visit the Penguin Readers website Exclusively with the print edition, readers can unlock online resources including a digital book, audio edition, lesson plans and answer keys. Oskar Schell's father is killed in the attacks on the World Trade Center on September 11th 2001. Oskar wants to learn the secret about a key that he discovers in his father's closet. His search takes him on a journey through New York City, but will it bring him any closer to his lost father?

Please note that the content of this book primarily consists of articles available from Wikipedia or other free sources online. Extremely Loud and Incredibly Close is a 2005 novel by Jonathan Safran Foer. The book's narrator is a nine-year-old boy named Oskar Schell. Two years before the story begins, Oskar's father dies on 9/11. In the story, Oskar discovers a key in a vase that belonged to his father that inspires him to search all of New York for information about the key. 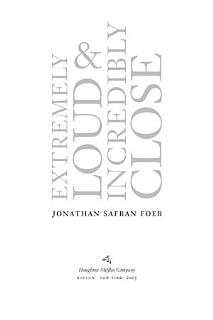 Soon to be a major motion picture, starring Tom Hanks, Sandra Bullock, John Goodman, and more Jonathan Safran Foer emerged as one of the most original writers of his generation with his best-selling debut novel, Everything Is Illuminated. Now, with humor, tenderness, and awe, he confronts the traumas of our recent history. Nine-year-old Oskar Schell has embarked on an urgent, secret mission that will take him through the five boroughs of New York. His goal is to find the lock that matches a mysterious key that belonged to his father, who died in the World Trade Center on the morning of September 11. This seemingly impossible task will bring Oskar into contact with survivors of all sorts on an exhilarating, affecting, often hilarious, and ultimately healing journey. 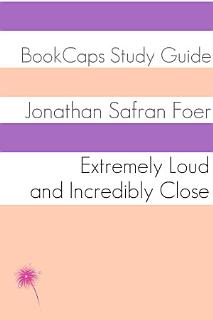 The perfect companion to Jonathan Safran Foer's "Extremely Loud and Incredibly Close," this study guide contains a chapter by chapter analysis of the book, a summary of the plot, and a guide to major characters and themes. BookCap Study Guides do not contain text from the actual book, and are not meant to be purchased as alternatives to reading the book. We all need refreshers every now and then. Whether you are a student trying to cram for that big final, or someone just trying to understand a book more, BookCaps can help. We are a small, but growing company, and are adding titles every month.

GET BOOK Everything Is Illuminated Book Description :

Hilarious, energetic, and profoundly touching, a debut novel follows a young writer as he travels to the farmlands of eastern Europe, where he embarks on a quest to find Augustine, the woman who saved his grandfather from the Nazis, and, guided by his young Ukrainian translator, he discovers an unexpected past that will resonate far into the future. Excerpt in The New Yorker. 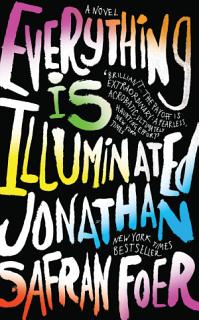 GET BOOK Everything Is Illuminated Book Description :

“Imagine a novel as verbally cunning as A Clockwork Orange, as harrowing as The Painted Bird, as exuberant and twee as Candide, and you have Everything Is Illuminated . . . Read it, and you'll feel altered, chastened — seared in the fire of something new.” — Washington Post With only a yellowing photograph in hand, a young man — also named Jonathan Safran Foer — sets out to find the woman who might or might not have saved his grandfather from the Nazis. Accompanied by an old man haunted by memories of the war, an amorous dog named Sammy Davis, Junior, Junior, and the unforgettable Alex, a young Ukrainian translator who speaks in a sublimely butchered English, Jonathan is led on a quixotic journey over a devastated landscape and into an unexpected past. As their adventure unfolds, Jonathan imagines the history of his grandfather’s village, conjuring a magical fable of startling symmetries that unite generations across time. As his search moves back in time, the fantastical history moves forward, until reality collides with fiction in a heart-stopping scene of extraordinary power. “A rambunctious tour de force of inventive and intelligent storytelling . . . Foer can place his reader’s hand on the heart of human experience, the transcendent beauty of human connections. Read, you can feel the life beating.” — Philadelphia Inquirer