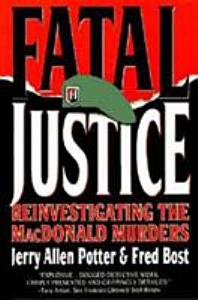 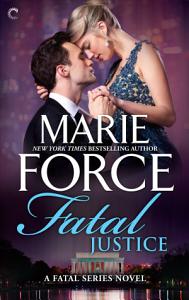 She looked into the dead face of the man she'd dined with the night before… Standing over the body of a Supreme Court nominee, Lieutenant Sam Holland is hip-deep in another high-profile murder case. The fact that she was one of the last people to see Julian Sinclair alive just complicates things even more. On the plus side, her relationship with Senator Nick Cappuano is heating up—but it's also attracting a lot of unwanted media attention and blinding flash bulbs. The pressure is on for Sam to find Sinclair's killer, but a new lead in her father's unsolved shooting puts her in unexpected danger. When long-buried secrets threaten to derail her relationship with Nick, Sam realizes that while justice is blind, mixing romance with politics has the potential to be fatal… Book 2 of the Fatal Series by New York Times bestselling author Marie Force 94,000 words 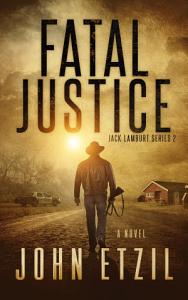 "For fans of this genre, the gritty power in Etzil's writing is hard to deny..." - Self-Publishing Book Review A small-town sheriff’s dark past may be the only thing that keeps his town alive… Jack Lamburt has a bright future as the sheriff of a quiet town. He knows the locals by name, he’s dating the bar mistress, and nobody suspects his dark secrets. When big city mafia stirs up trouble in his small town, Lamburt retaliates with swift, violent action. Now the crime syndicate is in search for answers… and blood. With the lives of the people he swore to protect in grave danger, Lamburt will need every weapon in his arsenal to outmaneuver the mob. Even if it means he’ll risk exposing his past. Fatal Justice is the second book in the best selling series starring Sheriff Jack Lamburt, the ultimate vigilante. If you like gritty realism, high-tech surveillance, and no-holds-barred justice, then you’ll love John Etzil’s gripping thrillers. Get Fatal Justice now to begin this vigilante thriller series today! 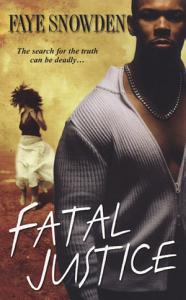 Sometimes the road to justice leads right back home. . . Two years after her mother's murder, Dr. Kendra Hamilton has returned to the mean streets of Dunhill County to bring the killer to justice--something the courts failed to do. When Luke Bertrand used his fortune to walk away a free man, Kendra walked away, too. Now she can no longer fight the ghosts of the past as they beckon her to make Luke pay for his crime--even if it costs Kendra her life. But she doesn't count on getting distracted by another troubling case--that of a stunning young woman with the mental capacity of a child and the sickly father who cannot care for her. When the man is accused of a heinous crime against his own daughter, Kendra knows only one person can help: the lover she left behind, former homicide detective, Richard T. Marvel. Since Kendra left, all Rich has wanted is peace--and the freedom to drink himself into oblivion. When she re-appears, asking for his help, he can barely hide his bitterness. But fate soon intervenes, and Rich and Kendra find themselves delving into a dangerous morass of lies and corruption. As they discover scandalous connections between the two cases, it becomes clear that all the unfinished business of the past--matters of life, death, and love--is about to come to an explosive finale. . . 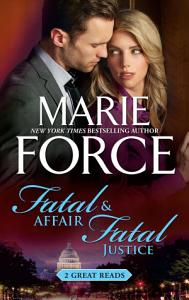 Go back to the start of New York Times bestselling author Marie Force’s The Fatal Series with the first two books, collected here in one volume. Fatal Affair Detective Sergeant Sam Holland of the Washington, DC, Metro Police needs a big win to salvage her career—and her confidence—after a disastrous investigation. The perfect opportunity arises when Senator John O’Connor is found brutally murdered in his bed, and Sam is assigned to the case. Matters get complicated when Sam has to team up with Nick Cappuano, O’Connor’s friend and chief of staff…and the man Sam had a memorable one-night stand with years earlier. Their sexual chemistry still sizzles, and Sam has to fight to stay focused on the case. Sleeping with a material witness is another mistake she can’t afford—especially when the bodies keep piling up. Originally published in 2010 Fatal Justice Standing over the body of a Supreme Court nominee, Lieutenant Sam Holland is hip-deep in another high-profile murder case. The fact that she was one of the last people to see Julian Sinclair alive just complicates things even more. On the plus side, her relationship with Senator Nick Cappuano is heating up—but it’s also attracting a lot of unwanted media attention and blinding flashbulbs. The pressure is on for Sam to find Sinclair’s killer, but a new lead in her father’s unsolved shooting puts her in unexpected danger. When long-buried secrets threaten to derail her relationship with Nick, Sam realizes that while justice is blind, mixing romance with politics has the potential to be fatal… Originally published in 2011 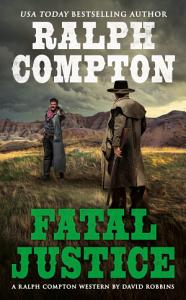 In the USA Today bestselling Ralph Compton series, no man escapes justice forever... Years ago, Marshal Asher Thrall shot mad-dog killer Ben Sharkey in the leg to save a fellow lawman. Since then, every crooked step has reminded Sharkey of the man who put a bullet in him. And he's just repaid the favor to the marshal in spades. When Ash comes to, he's all too eager to ride after his nemesis. But time is against him. Because while Sharkey shot three times, the doctor only removed two slugs. The third is still in Ash's chest--and with every breath, every heartbeat, it is moving closer to ending his life. Ash knows he's a walking dead man. But before he dies, he's going to make sure that Sharkey is one step ahead of him… More Than Six Million Ralph Compton Books In Print!

A string of mutilated bodies sees DCI Whitney Walker back in action. But when she discovers the victims have all been grooming young girls, she fears a vigilante is on the loose. She turns to forensic psychologist, Dr Georgina Cavendish, to unravel the cryptic clues. But will they be able to save the next victim from a gruesome death? 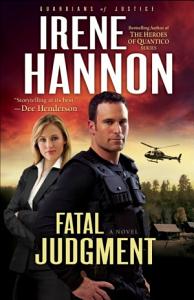 U.S. Marshal Jake Taylor has seen plenty of action during his years in law enforcement. But he'd rather go back to Iraq than face his next assignment: protection detail for federal judge Liz Michaels. His feelings toward Liz haven't warmed in the five years since she lost her husband--and Jake's best friend--to possible suicide. How can Jake be expected to care for the coldhearted workaholic who drove his friend to despair? As the danger mounts and Jake gets to know Liz better, his feelings slowly start to change. When it becomes clear that an unknown enemy may want her dead, the stakes are raised. Because now both her life--and his heart--are in mortal danger. Full of the suspense and romance Irene Hannon's fans have come to love, Fatal Judgment is a thrilling story that will keep readers turning the pages late into the night. 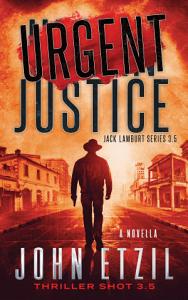 "With intense action scenes, cutting dialogue and sparse, mood-setting language, Etzil maintains the same relentless tone and pace of his earlier books" "Etzil does a very good job of slowly cranking up the pace and the intensity, releasing the valve with occasional moments of levity" "Etzil has carved out a well-deserved following with his Jack Lamburt series" -Self-Publishing Review A small-town sheriff will catch a predator, come hell or high water… Nothing raises Sheriff Jack Lamburt’s hackles like a child in danger. After a local orphaned teen disappears under suspicious circumstances, he vows to bring her home safe. And there'll be no escape from the world of pain he’ll leave in his wake… To track down the missing girl’s abductor, Jack teams up with the only resident who can spot the culprit out of a crowd—a feisty 90-year-old with a taste for rye whiskey and revenge. But what was supposed to be a recon-only road trip soon takes a treacherous turn. And the two traveling companions find themselves fighting for survival in a crooked town overrun with the vicious disciples of a sexual predator and self-proclaimed prophet. To save the girl, Jack will have to bring the entire unholy criminal network to its day of reckoning… Urgent Justice is the standalone spin-off book in the best selling series of vigilante thrillers starring Sheriff Jack Lamburt. If you like non-stop action, high-tech crime solving, and brutal violence, then you’ll love John Etzil’s gritty tale. Buy Urgent Justice, and buckle up for a wild road trip to revenge, today! 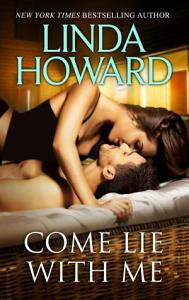 COME LIE WITH ME

GET BOOK COME LIE WITH ME Book Description :

New York Times bestselling author Linda Howard brings you a fanfavorite story of love, strength and healing After a horrific accident leaves Blake Remington unable to walk, he becomes bitter, frustrated and angry. Even his beautiful physiotherapist, Dione Kelley, has trouble breaking through the walls he’s put up. Dione knows that falling for a patient is outofbounds, but there’s something so appealing about Blake, despite his anger. The more she works with him, the more she can see a quiet strength shining through his darkness. Soon, she starts to see the passionate, loving man he once was. But are his feelings for her just gratitude, or evidence of true love? Previously Published.