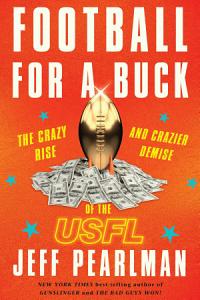 From a multiple New York Times best-selling author, the rollicking, outrageous story of the United States Football League, a bona fide professional sports phenomenon full of larger-than-life characters and you-can't-make-this-up stories featuring some of the biggest celebrities and buffoons in the game. 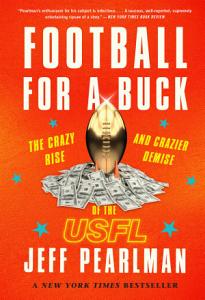 From a multiple New York Times bestselling author, the rollicking, outrageous, you-can’t-make-this-up story of the USFL The United States Football League—known fondly to millions of sports fans as the USFL—was the last football league to not merely challenge the NFL, but cause its owners and executives to collectively shudder. It spanned three seasons, 1983-85. It secured multiple television deals. It drew millions of fans and launched the careers of legends. But then it died beneath the weight of a particularly egotistical and bombastic owner—a New York businessman named Donald J. Trump. The league featured as many as 18 teams, and included such superstars as Steve Young, Jim Kelly, Herschel Walker, Reggie White, Doug Flutie and Mike Rozier. In Football for a Buck, the dogged reporter and biographer Jeff Pearlman draws on more than four hundred interviews to unearth all the salty, untold stories of one of the craziest sports entities to have ever captivated America. From 1980s drug excess to airplane brawls and player-coach punch outs, to backroom business deals, to some of the most enthralling and revolutionary football ever seen, Pearlman transports readers back in time to this crazy, boozy, audacious, unforgettable era of the game. He shows how fortunes were made and lost on the backs of professional athletes and also how, thirty years ago, Trump was a scoundrel and a spoiler. For fans of Terry Pluto’s Loose Balls or Jim Bouton’s Ball Four and of course Pearlman’s own stranger-than-fiction narratives, Football for a Buck is sports as high entertainment—and a cautionary tale of the dangers of ego and excess.

From a multiple New York Times best-selling author, the rollicking, outrageous story of the United States Football League, a bona fide professional sports phenomenon full of larger-than-life characters and you-can't-make-this-up stories featuring some of the biggest celebrities and buffoons in the game. 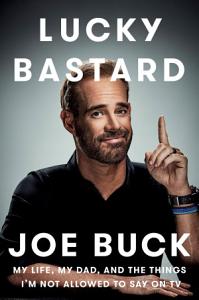 In this New York Times bestselling memoir, the announcer of the biggest sporting events in the country—including the 2017 Super Bowl and this century's most-watched, historic, Chicago Cubs–winning World Series—reveals why he is one lucky bastard. Sports fans see Joe Buck everywhere: broadcasting one of the biggest games in the NFL every week, calling the World Series every year, announcing the Super Bowl every three years. They know his father, Jack Buck, is a broadcasting legend and that he was beloved in his adopted hometown of St. Louis. Yet they have no idea who Joe really is. Or how he got here. They don’t know how he almost blew his career. They haven’t read his funniest and most embarrassing stories or heard about his interactions with the biggest sports stars of this era. They don’t know how hard he can laugh at himself—or that he thinks some of his critics have a point. And they don’t know what it was really like to grow up in his father’s shadow. Joe and Jack were best friends, but it wasn’t that simple. Jack, the voice of the St. Louis Cardinals for almost fifty years, helped Joe get his broadcasting start at eighteen. But Joe had to prove himself, first as a minor league radio announcer and then on local TV, national TV with ESPN, and then finally on FOX. He now has a successful, Emmy-winning career, but only after a lot of dues-paying, learning, and pretty damn entertaining mistakes that are recounted in this book. In his memoir, Joe takes us through his life on and off the field. He shares the lessons he learned from his father, the errors he made along the way, and the personal mountain he climbed and conquered, all of which have truly made him a Lucky Bastard. 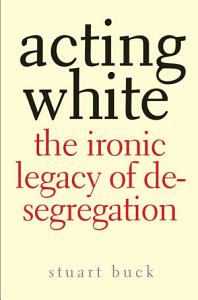 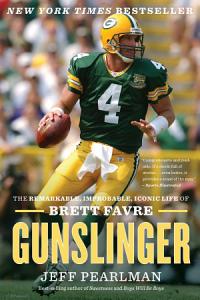 “Over two decades, Brett Favre was as compelling a figure as any in the National Football League. He alone was 'Must-See TV.' In Gunslinger, Jeff Pearlman provides an extraordinary look at every facet of the life of a man who performed on sport's grandest stage and who had one helluva time along the way.”—Al Michaels In Gunslinger, Jeff Pearlman tells Brett Favre’s story for the first time, charting his unparalleled journey from a rough rural childhood and lackluster high school football career to landing the last scholarship at Southern Mississippi, to a car accident that nearly took his life, and eventually to the NFL and Green Bay, where he restored the Packers to greatness and inspired a fan base as passionate as any in the game. Yet he struggled with demons: addiction, infidelity, the loss of his father, and a fraught, painfully prolonged exit from the game he loved, a game he couldn’t bear to leave. Gritty and revelatory, Gunslinger is a big sports biography of the highest order, a fascinating portrait of the man with the rocket arm whose life has been one of triumph, fame, tragedy, embarrassment, and—ultimately—redemption. “The compelling, complete story of his legend, and his faults.”—Chicago Tribune 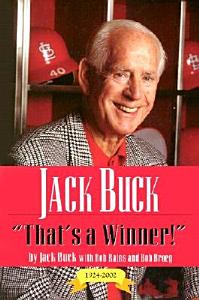 In his forthright and honest autobiography, St. Louis Cardinal, World Series, and Super Bowl broadcaster Jack Buck entertains all of his fans once more in a different setting. Jack Buck: "That's a Winner!" does more than entertain, however. It provides readers with an inside look at a man they have listened to so often, they consider him part of the family. 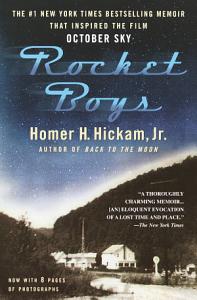 The author traces the boyhood enthusiasm for rockets that eventually led to a career at NASA, describing how he built model rockets in the family garage in West Virginia, inspired by the launch of the Soviet satellite Sputnik. Reprint. 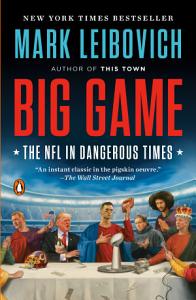 The New York Times bestseller! From the #1 New York Times bestselling author of This Town, an equally merciless probing of America's biggest cultural force, pro football, at a moment of peak success and high anxiety Like millions of Americans, Mark Leibovich has spent more of his life tuned into pro football than he'd care to admit. Being a lifelong New England Patriots fan meant growing up on a steady diet of lovable loserdom. That is, until the Tom Brady/Bill Belichick era made the Pats the most ruthlessly efficient and polarizing sports dynasty of the modern NFL, and its fans the most irritating in all of Pigskin America. Leibovich kept his obsession quiet, making a nice career for himself covering that other playground for rich and overgrown children, American politics. Still, every now and then Leibovich would reach out to Tom Brady to gauge his willingness to subject himself to a profile. He figured that the chances of Brady agreeing were a Hail Mary at best, but Brady returned Mark's call in summer 2014 and kept on returning his calls through epic Patriots Super Bowl victory and defeat, and a scandal involving Brady--Deflategate--whose grip on sports media was as profound as its true significance was ridiculous. So began a four-year odyssey that took Mark Leibovich deeper inside the NFL than anyone has gone before. From the owners' meeting to the draft to the sidelines of crucial games, he takes in the show at the elbow of everyone from Brady to big-name owners to the cordially despised NFL Commissioner, Roger Goodell. Ultimately, BIG GAME is a chronicle of "peak football"--the high point of the sport's economic success and cultural dominance, but also the time when the dark side began to show. It is an era of explosive revenue growth, but also one of creeping existential fear. Players have long joked that NFL stands for "not for long," but as the true impact of concussions becomes inescapable background noise, it's increasingly difficult to enjoy the simple

GET BOOK Change Up Book Description :

In the spirit of Moneyball, the voice of the Toronto Blue Jays offers cutting insights on baseball Buck Martinez has been in and around professional baseball for nearly fifty years as a player, manager and broadcaster. Currently the play-by-play announcer for the Toronto Blue Jays, Martinez has witnessed enormous change in the game he loves, as it has morphed from a grassroots pastime to big business. Not all of the change has been for the better, and today’s fans struggle to connect to their on-the-field heroes as loyalty to club and player wavers and free agency constantly changes the face of every team’s roster. In Change Up, Martinez offers his unique insights into how Major League Baseball might reconnect with its fanbase, how the clubs might train and prepare their players for their time in “The Show,” and how players might approach the sport in a time of sagging fan interest. Martinez isn’t shy with his opinions, whether they be on pitch count, how to develop players through the minor-league system, and even if there should be a minor-league system at all. Always entertaining, ever insightful, Martinez shares brilliant insights and inside pitches about summer’s favourite game.