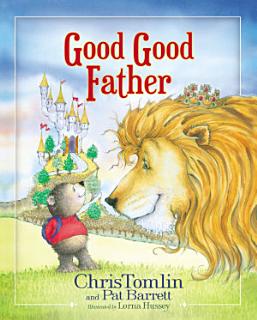 Inspired by the #1 hit worship song by Chris Tomlin, this precious story teaches children about our Father God's unconditional love and acceptance and that the only gift God wants is our hearts. Grammy Award-winning music artist, Chris Tomlin, and Pat Barrett (Housefires) team up to tell the story of a little bear named Tucker whose life is forever changed when he learns just how great the King's love is for him. When Tucker's friends need help, he journeys to see the King who lives in a castle where the door is always open. Along the way, Tucker encounters a variety of humorous animals filled with ideas about what the King is like. Then finally, he meets the King who runs to him with open arms. This read-aloud storybook for 4- to 8-year-olds: Shows young children the character of God through a fun adventure story Teaches that God loves His children no matter what Encourages kids to have a relationship with their Heavenly Father and to ask for His help in prayer Sparks family discussions about who God is Makes a calming bedtime read with its warm message of God's caring heart With whimsical art created by Lorna Hussey, this inspiring story will leave children, young and old, reassured that God is a good, good Father, and they are loved by Him. 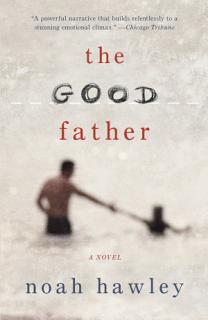 Establishing a specialty in diagnosing abandoned patients with conflicting symptoms, Chief of Rheumatology Paul Allen is placed in the position of having to unlock the mind of his son, who has attempted to assassinate a presidential candidate. 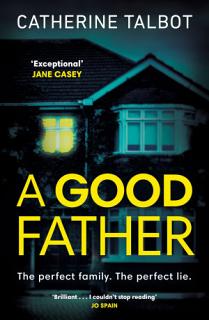 'Brilliant ... I couldn't stop reading' Jo Spain Des is a good husband, a good father - a good man. He encourages his wife's artistic endeavours, reads bedtime stories to his children every night, and holds down a well-paid, if unfulfilling, job. But appearances can be deceptive. Lately, his wife seems to be forgetting that her art is for his eyes only. And rumours at work are threatening his reputation as a devoted family man. And he can't help but feel that his kids don't seem to need him as much as they once did. Des is afraid. Afraid of the world encroaching on his home. Afraid of past mistakes catching up on him. So afraid of losing control over his family that he is contemplating the unthinkable. A Good Father is a dark and gripping psychological suspense novel that will take you into the twisted mind of a man on the edge. 'Exceptional ... Deeply chilling' Jane Casey 'This intricately made novel marks the debut of a writer from whom, and of whom, we shall be hearing much in coming times' John Banville 'Powerful, assured and a devastating new voice in Irish fiction ... Magnificent' Joe Duffy 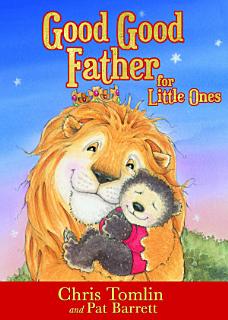 Good Good Father for Little Ones

GET BOOK Good Good Father for Little Ones Book Description :

"God is a good, good Father: like a warrior, He protects you; like a teacher, He helps you learn; like a doctor, He makes you feel better; like a farmer, He provides what you need; like a musician, He brings you joy. Most of all, a good, good Father loves you!" -- Back cover. 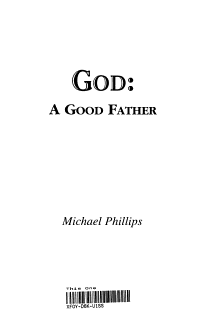 Deep within every human heart lies a created hunger for the heavenly mountains of God's presence. The lungs of our soul ache to breathe the air of eternity. We thirst for waters that stream forth from divine springs. A divine restlessness exists within the innermost chambers of our soul, stirring us to seek an intimate knowing of God as our Father. Jesus said that His deepest desire was that we might know His Father as He did! He was born to show us the Father...and died that we might come to know Him personally. Jesus seeks to introduce us to a life lived with the Father-a life of ongoing, moment-by moment intimacy on all levels of humanness- mind, heart, soul, and will. 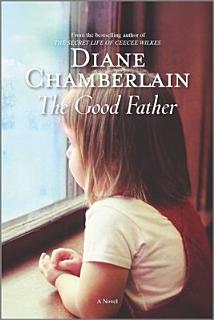 After losing his construction job and his home, 23-year-old single father Travis Brown, who will do anything for his daughter Bella, gets an offer to participate in a onetime criminal act that promises quick money and no repercussions, which forces him to make a difficult decision for his daughter's sake. Original. 52,000 first printing. 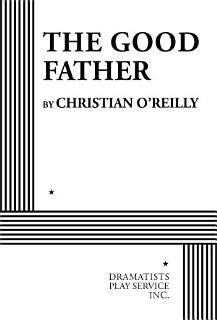 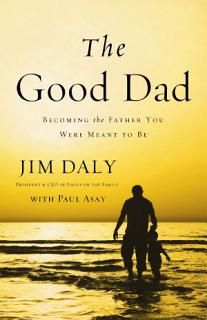 It’s never too late to be a better father Jim Daly, president and CEO of Focus on the Family, is an expert in fatherhood—in part because his own "fathers" failed him so badly. His biological dad was an alcoholic. His stepfather deserted him. His foster father accused Jim of trying to kill him. All were out of Jim's life by the time he turned 13. Isn’t it odd—and reminiscent of the hand of God—that the director of the leading organization on family turned out to be a guy whose own background as a kid and son were pretty messed up? Or could it be that successful parenting is discovered not in the perfect, peaceful household but in the midst of battles and messy situations, where God must constantly be called to the scene? That is the mystery unraveled in this book. Using his own expertise, humor, and inexhaustible wealth of stories, Jim will show you that God can make you a good dad, a great dad, in spite of the way you’ve grown up and in spite of the mistakes you’ve made. Maybe even because of them. It’s not about becoming a perfect father. It’s about trying to become a better father, each and every day. It's about building relationships with your children through love, grace, patience, and fun—and helping them grow into the men and women they’re meant to be. 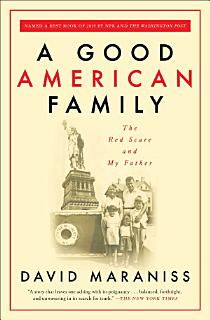 Pulitzer Prize–winning author and “one of our most talented biographers and historians” (The New York Times) David Maraniss delivers a “thoughtful, poignant, and historically valuable story of the Red Scare of the 1950s” (The Wall Street Journal) through the chilling yet affirming story of his family’s ordeal, from blacklisting to vindication. Elliott Maraniss, David’s father, a WWII veteran who had commanded an all-black company in the Pacific, was spied on by the FBI, named as a communist by an informant, called before the House Un-American Activities Committee in 1952, fired from his newspaper job, and blacklisted for five years. Yet he never lost faith in America and emerged on the other side with his family and optimism intact. In a sweeping drama that moves from the Depression and Spanish Civil War to the HUAC hearings and end of the McCarthy era, Maraniss weaves his father’s story through the lives of his inquisitors and defenders as they struggle with the vital 20th-century issues of race, fascism, communism, and first amendment freedoms. “Remarkably balanced, forthright, and unwavering in its search for the truth” (The New York Times), A Good American Family evokes the political dysfunctions of the 1950s while underscoring what it really means to be an American. It is “clear-eyed and empathetic” (Publishers Weekly, starred review) tribute from a brilliant writer to his father and the family he protected in dangerous times.