A Norton original in the Reacting to the Past series, Greenwich Village, 1913 immerses students into the radical possibilities unlocked by the modern age.

In this popular Reacting to the Past game, the classroom is transformed into Greenwich Village in 1913, where rebellious "free spirits" gather. Exposed to ideas like woman suffrage, socialism, birth control, and anarchism, students experiment with forms of political participation and bohemian self-discovery. The Second Edition reflects recent scholarly findings on African-American and working-class suffragists, including new sources and characters, as well as improved support for students to read primary texts.Reacting to the Past is an award-winning series of immersive role-playing games that actively engage students in their own learning. Students assume the roles of historical characters to practice critical thinking, primary source analysis, and both written and spoken argument. Adopted by thousands of instructors at all types of institutions, Reacting to the Past games are flexible enough to be used across the curriculum, from first-year general education classes and discussion sections of lecture classes to capstone experiences and honors programs. 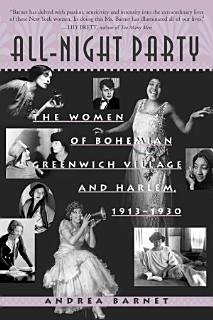 They were smart. Sassy. Daring. Exotic. Eclectic. Sexy. And influential. One could call them the first divas--and they ran absolutely wild. They were poets, actresses, singers, artists, journalists, publishers, baronesses, and benefactresses. They were thinkers and they were drinkers. They eschewed the social conventions expected of them--to be wives and mothers--and decided to live on their own terms. In the process, they became the voices of a new, fierce feminine spirit. There's Mina Loy, a modernist poet and much-photographed beauty who traveled in pivotal international art circles; blues divas Bessie Smith and Ethel Waters; Edna St. Vincent Millay, the lyric poet who, with her earthy charm and passion, embodied the '20s ideal of sexual daring; the avant-garde publishers Margaret Anderson and Jane Heap; and the wealthy hostesses of the salons, A'Lelia Walker and Mabel Dodge. Among the supporting cast are Emma Goldman, Isadora Duncan, Ma Rainey, Margaret Sanger, and Gertrude Stein. Andrea Barnet's fascinating accounts of the emotional and artistic lives of these women--together with rare black-and-white photographs, taken by photographers such as Berenice Abbott and Man Ray--capture the women in all their glory. This is a history of the early feminists who didn't set out to be feminists, a celebration of the rebellious women who paved the way for future generations. 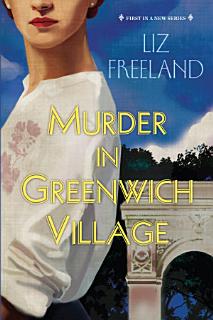 A year before World War I breaks out, the sidewalks of Manhattan are crowded with restless newcomers chasing the fabled American Dream, including a sharp-witted young woman who discovers a talent for investigating murder . . . New York City, 1913. Twenty-year-old Louise Faulk has fled Altoona, Pennsylvania, to start a life under dizzying lights. In a city of endless possibilities, it’s not long before the young ingénue befriends a witty aspiring model and makes a splash at the liveliest parties on the Upper East Side. But glitter fades to grit when Louise’s Greenwich Village apartment becomes the scene of a violent murder and a former suitor hustling for Tin Pan Alley fame hits front-page headlines as the prime suspect . . . Driven to investigate the crime, Louise finds herself stepping into the seediest corners of the burgeoning metropolis—where she soon discovers that failed dreams can turn dark and deadly . . . 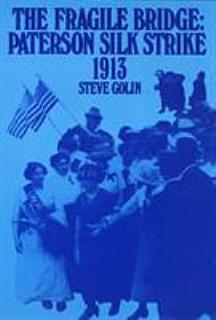 In this full-length study of the 1913 Paterson silk strike, Steve Golin examines the creative collaboration between the silk workers, organizers from the Industrial Workers of the World, and Greenwich Village intellectuals. Although the strike was defeated, this alliance could become a model for the American left because it suggests the possibilities of connecting economic, political, and cultural struggles.Combining perspectives from labor history, social history, and intellectual history Golin argues that while the silk workers began the 1913 strike and controlled it themselves, the IWW helped them create institutions that supported the strike and reinforced its radically democratic character. The deadlock in Paterson dictated the need for a "bridge" to New York that was facilitated by a growing mutual trust between the Wobblies and intellectuals from Greenwich Village. At the height of the struggle, the IWW and the Village radicals joined the workers in presenting a powerful strike pageant in Madison Square Garden.The story of the 1913 silk strike is important because it challenges long-held conservative assumptions about labor history, including the elitist role of skilled workers, the bureaucratic function of union organization, and the irrelevance of intellectuals. Although the strikers were ultimately defeated, the strike's failure had more damaging consequences for the IWW and the intellectuals than for the workers themselves and Golin views this loss as a major turning point for the American left. Author note: Steve Golin is Professor of History at Bloomfield College in New Jersey. 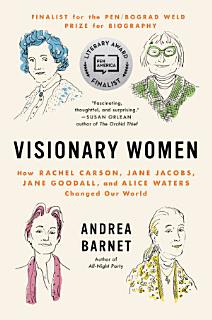 A Finalist for the PEN/Bograd Weld Prize for Biography Four influential women we thought we knew well—Jane Jacobs, Rachel Carson, Jane Goodall, and Alice Waters—and how they spearheaded the modern progressive movement This is the story of four visionaries who profoundly shaped the world we live in today. Together, these women—linked not by friendship or field, but by their choice to break with convention—showed what one person speaking truth to power can do. Jane Jacobs fought for livable cities and strong communities; Rachel Carson warned us about poisoning the environment; Jane Goodall demonstrated the indelible kinship between humans and animals; and Alice Waters urged us to reconsider what and how we eat. With a keen eye for historical detail, Andrea Barnet traces the arc of each woman’s career and explores how their work collectively changed the course of history. While they hailed from different generations, Carson, Jacobs, Goodall, and Waters found their voices in the early sixties. At a time of enormous upheaval, all four stood as bulwarks against 1950s corporate culture and its war on nature. Consummate outsiders, each prevailed against powerful and mostly male adversaries while also anticipating the disaffections of the emerging counterculture. All told, their efforts ignited a transformative progressive movement while offering people a new way to think about the world and a more positive way of living in it. 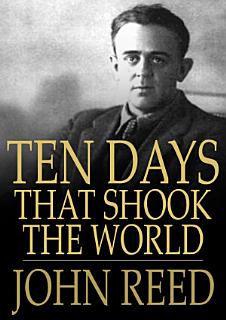 Ten Days that Shook the World

GET BOOK Ten Days that Shook the World Book Description :

Ten Days that Shook the World is a first-hand account of Russia's October Revolution of 1917. Written in 1919 by the American journalist and socialist John Reed, it follows many of the prominent Bolshevik leaders of this time. Reed died the year after his book was finished and was buried in Moscow's Kremlin Wall Necropolis - one of the few Americans accorded this honor usually reserved for the Soviet's most prominent leaders. 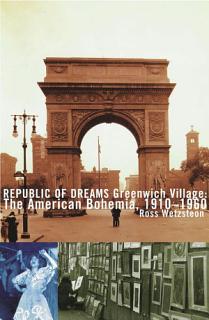 If the twentieth century was the American century, it can be argued that it was more specifically the New York century, and Greenwich Village was the incubator of every important writer, artist, and political movement of the period. From the century's first decade through the era of beatniks and modern art in the 1950s and '60s, Greenwich Village was the destination for rebellious men and women who flocked there from all over the country to fulfill their artistic, political, and personal dreams. It has been called the most significant square mile in American cultural history, for it holds the story of the rise and fall of American socialism, women's suffrage, and the commercialization of the avant-garde. One Villager went so far as to say that "everything started in the Village except Prohibition," and in the 1940s, the young actress Lucille Ball said, "The Village is the greatest place in the world." What other community could claim a spectrum ranging from Henry James to Marlon Brando, from Marcel Duchamp to Bob Dylan, from Gertrude Vanderbilt Whitney to Abbie Hoffman? The story of the Village is, in large part, the stories old Villagers have told new Villagers about former Villagers, and to tell its story is in large part to tell its legends. Republic of Dreams presents the remarkable, outrageous, often interrelated biographies of the giants of American journalism, poetry, drama, radical politics, and art who flocked to the Village for nearly half a century, among them Eugene O'Neill, whose plays were first produced by the Provincetown Players on Macdougal Street, for whom Edna St. Vincent Millay also wrote; Jackson Pollock, who moved to the Village from Wyoming in 1930 and was soon part of the group of 8th Street painters who would revolutionize Western painting; E. E. Cummings, who lived for years on Patchin Place, as did Djuna Barnes; Max Eastman, who edited the groundbreaking literary and political journal The Masses, which introduced Freud to the American pub 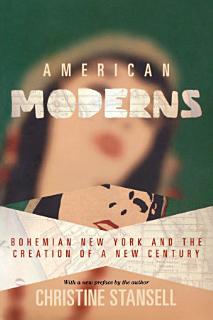 In the early twentieth century, a brand of men and women moved to New York City. For them, the city's immigrant neighborhoods provided a place where the fancies and forms of a new America could be tested. This book tells the story of most famous of these neighborhoods, Greenwich Village, which became a symbol of social and intellectual freedom. 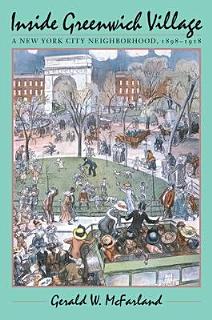 A vibrant portrait of a celebrated urban enclave at the turn of the twentieth century.