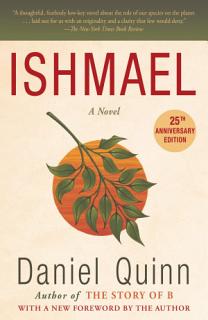 One of the most beloved and bestselling novels of spiritual adventure ever published, Ishmael has earned a passionate following among readers and critics alike. This special twenty-fifth anniversary edition features a new foreword and afterword by the author, as well as an excerpt from My Ishmael. TEACHER SEEKS PUPIL. Must have an earnest desire to save the world. Apply in person. It was just a three-line ad in the personals section, but it launched the adventure of a lifetime. So begins an utterly unique and captivating novel. In Ishmael, which received the Turner Tomorrow Fellowship for the best work of fiction offering positive solutions to global problems, Daniel Quinn parses humanity’s origins and its relationship with nature, in search of an answer to this challenging question: How can we save the world from ourselves? Praise for Ishmael “As suspenseful, inventive, and socially urgent as any fiction or nonfiction you are likely to read this or any other year.”—The Austin Chronicle “Before we’re halfway through this slim book . . . we’re in [Daniel Quinn’s] grip, we want Ishmael to teach us how to save the planet from ourselves. We want to change our lives.”—The Washington Post “Arthur Koestler, in an essay in which he wondered whether mankind would go the way of the dinosaur, formulated what he called the Dinosaur’s Prayer: ‘Lord, a little more time!’ Ishmael does its bit to answer that prayer and may just possibly have bought us all a little more time.”—Los Angeles Times

Please note that the content of this book primarily consists of articles available from Wikipedia or other free sources online. Ishmael is a figure in the Torah, Bible, and Qur'an. Jews, Christians and Muslims believe Ishmael is Abraham's eldest son and first born. Ishmael is born of Sarai's handmaiden Hagar (Genesis 16:3). Although born of Hagar, according to Mesopotamian law, Ishmael was credited as Sarai's son; a legal heir through marriage. (Genesis 16:2). According to the Genesis account, he died at the age of 137 (Genesis 25:17). Islamic traditions consider Ishmael as the ancestor of northern Arab people, while Jewish traditions are split between those who consider Ishmael their ancestor and those, like Maimonides, who believe that the Arabs are descended from the sons of Keturah, whom Abraham married after Sarah's death. Judaism has generally viewed Ishmael as wicked though repentant. Judaism maintains that Isaac (the father of the Jewish people) rather than Ishmael was the true heir of Abraham. The New Testament contains few references to Ishmael. In some Christian biblical interpretations, Ishmael is used to symbolize the older-now rejected-Judaic tradition; Isaac symbolizes the new tradition of Christianity. 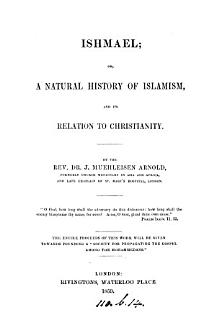 GET BOOK Ishmael Or A Natural History of Islamism and Its Relation to Christianity Book Description : 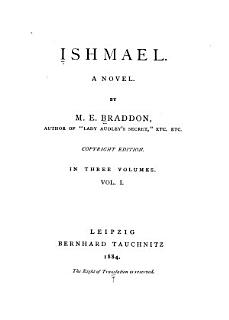 A tale of rags to riches, love and loss during the reign of Louis Napoleon in France. 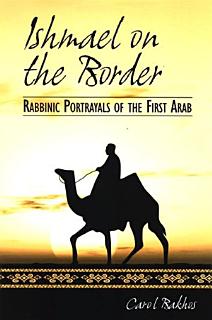 Ishmael on the Border

GET BOOK Ishmael on the Border Book Description :

Explores rabbinic views of Ishmael, the biblical figure seen as the first Arab. 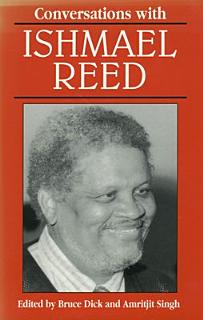 As a fiercely independent thinker, Ishmael Reed, author of Mumbo Jumbo, Flight to Canada, Reckless Eyeballing, and other works of fiction, nonfiction, and poetry, is often in conflict with the culture that appears to have a compulsive need to cage its artists and intellectuals in worn-out cliches and labels. As a writer who experiments in many forms and genres, and one who embraces postmodernism rather than protest and naturalism, Reed defies popular conceptions of what American writers, particularly black American male writers, should be or do. In this collection of candid interviews, Reed discusses how critics, especially from the northeastern establishment have consistently marginalized African American writers by placing them in the "either-or thing of Christianity and Communism." As he does in his writing, Reed uses invective, satire, and humor to show how those people judging American literature "have made no attempt to understand recent American writing." Bruce Dick is a professor English and African American studies at Appalachian State University. Amritjit Singh is a professor of English at Rhode Island College and co-editor of Postcolonial Theory and the United States, published by University Press of Mississippi in 2000. 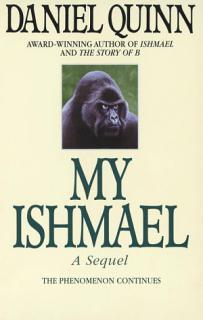 GET BOOK My Ishmael Book Description :

Winner of the Turner Tomorrow Fellowship, Daniel Quinn's Ishmael is a bestseller and a testament for a burgeoning spiritual movement. Now Quinn presents an extraordinary sequel, a companion novel so startlingly original that even Ishmael's most faithful readers will not predict its outcome.... When Ishmael places an advertisement for pupils with "an earnest desire to save the world," he does not expect a child to answer him. But twelve-year-old Julie Gerchak is undaunted by Ishmael's reluctance to teach someone so young, and convinces him to take her on as his next student. Ishmael knows he can't apply the same strategies with Julie that he used with his first pupil, Alan Lomax--nor can he hope for the same outcome. But young Julie proves that she is ready to forge her own spiritual path--and arrive at her own destination. And when the time comes to choose a pupil to carry out his greatest mission yet, Ishmael makes a daring decision--a choice that just might change the world. From the Trade Paperback edition. 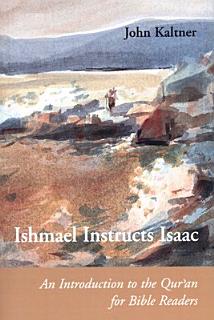 Jews, Christians, and Muslims trace their roots to Abraham and yet it is a shock to many Bible readers that some of the characters and stories in their sacred text are also found in the pages of Islam's sacred text, the Qur'an. By exploring the relationship between the Bible and the Qur'an in Ishmael Instructs Isaac, John Kaltner challenges Bible readers to think about their sacred book in new, exciting ways. In doing so, he leads al to a better appreciation of Islam. After a brief overview of the text, themes, structure, and use of the Qur'an, Kaltner focuses on traditions that are shared with the Bible. He explains that the Bible and Qur'an contain many of the same themes, figures, and episodes. However, at times, there are significant differences in their descriptions of the same event or figure. By discussing such topics and figures as God, humanity, prophecy, creation, life after death, Abraham, Moses, Jesus, and Mary, Kaltner examines the similarities and differences between the two texts. This comparative method allows readers to better appreciate both what is distinctive about Islam and what it shares with Judaism and Christianity. Jews and Christians view Isaac as the son of Abraham in whom the family line continued. Muslims, on the other hand, view Isaac's brother Ishmael as the rightful heir. This difference must not obscure what is held in common: a belief in the one God and a family - albeit distant - relationship. Written for undergraduate and seminary courses on Islam, the Qur'an, comparative religions, inter-religious dialogue, world scriptures, and biblical interpretation, Ishmael Instructs Isaac is also a useful resource for discussion groups in churches, synagogues, and mosques. Includes English translations of the Qur'anic texts discussed. John Kaltner, PhD, is assistant professor of religious studies at Rhodes College where he teaches courses in the Bible and Islam. He has worked in the Middle East with the Catholic Foreign Mission Society of Am 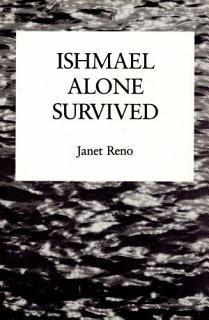 Drawing on studies of survivor psychology, this work provides an illuminating new reading of Moby-Dick. Janet Reno gives Ishmael new prominence and casts light on many of Moby-Dick's structural and thematic features. 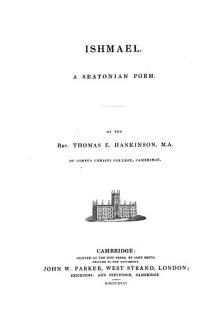 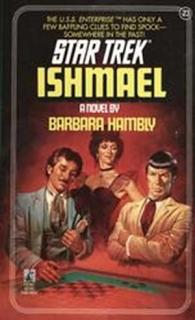 The U.S.S. Enterprise™ is on a peaceful mission at Starbase 12 when a bizarre cosmic phenomenon causes a Klingon ship to suddenly vanish—with Spock aboard for the ride. Spock's last message from the Klingon ship is cryptic and frightening. The Klingons are traveling into the past, searching for the one man who holds the key to the furure. If they can kill that man, the course of history will be changed—and the Federation will be destroyed! 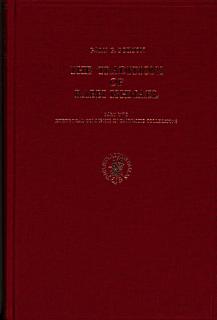 The Traditions of Rabbi Ishmael

GET BOOK The Traditions of Rabbi Ishmael Book Description : 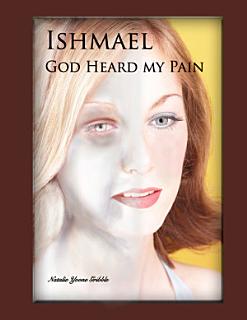 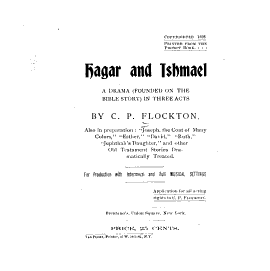 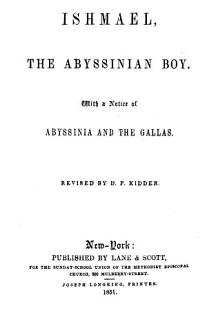 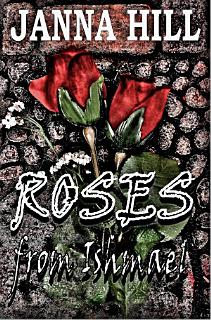 Torn from the pages of Short Stories & Such. Roses From Ishmael is a short thriller by Janna Hill. The story of a man in love; a grief stricken man. An anguished and tormented soul but tormented by what? 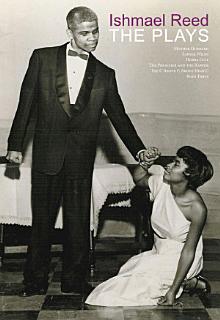 An anthology of the Otto-winning writer's plays offers insight into his use of historical, political, and social satire, in a collection that includes such works as "Body Parts," "Mother Hubbard," and "The Preacher and the Rapper." Original. 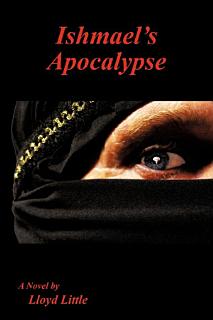 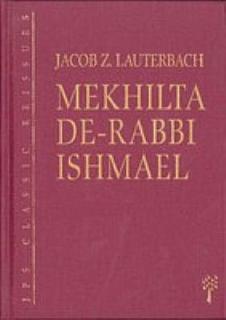 Mekhilta de-Rabbi Ishmael is a classic collection of midrash. It contains commentary on a large part of the Book of Exodus (chapters 12 to 23) and represents the two main modes of interpretation: the halakhah (legal doctrine), and the aggadah (moral and religious teachings). The work also contains allusions to historical events and ancient legends not found elsewhere. A new introduction by noted scholar David Stern highlights the work, now published in a convenient two-volume set. It retains the original text from the JPS 1933 edition, reset in a modern, readable typeface, with Hebrew and English on facing pages and the original indexes. This classic work is widely recognized as a model of meticulous and thorough scholarship. Its translation is accurate, straightforward, and usable by scholars, students, and lay readers. Out of print for many years, it will be heralded as an important reissue that should belong to every rabbi, rabbinical school, and Jewish Studies professor, and will be an important addition to synagogue libraries and public libraries with Judaica collections 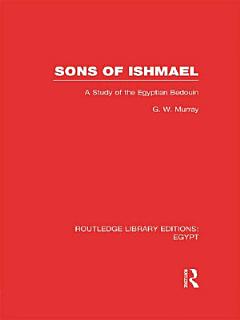 Merely to inhabit a desert demands much skill, craft, experience and travel. For the numerous nomadic tribes of Africa and the Middle East, living ancestors of the Egyptians, Jews and Arabs, Egypt is their meeting ground. The author, with twenty-five years of accumulated knowledge, here sets out to present analyses of their cultures and beliefs, along with descriptions of each tribe. First published 1935.