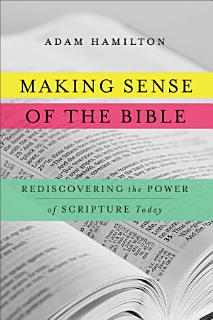 Denominations from evangelical to mainline continue to experience deep divisions over universal social issues. The underlying debate isn’t about a particular social issue, but instead it is about how we understand the nature of scripture and how we should interpret it. The world’s bestselling, most-read, and most-loved book is also one of the most confusing. In Making Sense of the Bible, Adam Hamilton, one of the country’s leading pastors and Christian authors, addresses the hot-button issues that plague the church and cultural debate, and answers many of the questions frequently asked by Christians and non-Christians alike. Did God really command Moses to put gay people to death? Did Jesus really teach that everyone who is not a Christian will be assigned to hell? Why would Paul command women to “keep silent in the church?” Were Adam and Eve real people? Is the book of Revelation really about the end times? Who decided which books made it into the scriptures and why? Is the Bible ever wrong? In approachable and inviting language, Hamilton addresses these often misunderstood biblical themes leading readers to a deeper appreciation of the Bible so that we might hear God speak through it and find its words to be life-changing and life-giving. 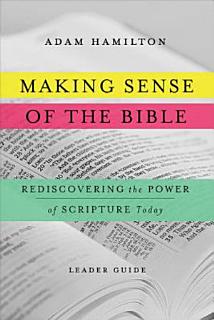 In this six week video study, Adam Hamilton explores the key points in his new book, Making Sense of the Bible. With the help of this Leader Guide, groups learn from Hamilton as his video presentations lead groups through the book, focusing on the most important questions we ask about the Bible, its origins and meaning. 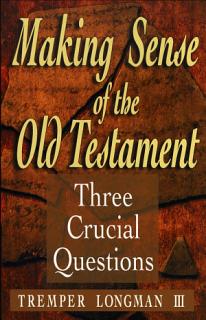 Making Sense of the Old Testament

GET BOOK Making Sense of the Old Testament Book Description :

A noted biblical scholar explores three questions Christians often ask about the Old Testament and provides answers that are both satisfying and understandable. 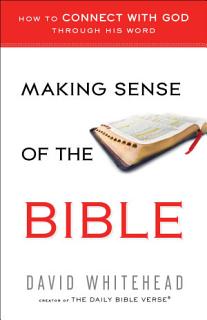 I Want to Read the Bible, but Where Do I Start? The Bible can seem like an intimidating book, but it may be easier to understand than you think. Making Sense of the Bible will teach you how to enjoy studying it on your own. David Whitehead has been helping people engage with the Bible for years, including through his popular website, The Daily Bible Verse. The Bible is an incredible gift from God to you, and this brief "user's manual" will teach you how to get the most out of it. Perfect for individual or group use, this book answers basic questions like how to know which Bible version is right for you, and from there introduces you to its stories, people, and major themes. In the end, reading the Bible isn't just about knowledge, it's about connecting with the God who speaks through His Word. Let this engaging book help you hear what He wants to tell you. 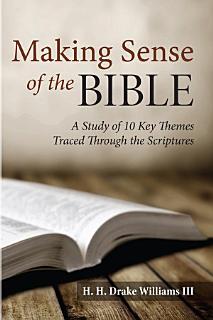 Most people probably have a copy of the Bible in their homes, some hold one in their hands each week at church-and perhaps even attend a Bible study- but not everyone sees or appreciates the great beauty and intricate composition of the Bible," writes author Drake Williams. "The Bible, as a great work of art, deserves to be considered in unity." Combining first-rate scholarship with easy-to-understand language, Making Sense of the Bible examines the Bible as a literary work of art and reveals ten key threads that form the thematic tapestry spanning Old and New Testaments. With this book, the Bible will no longer be a jumble of unrelated books, promises, and exhortations, but a collective, cohesive, and more meaningful masterpiece to any reader who wishes to explore its full breadth and depth. 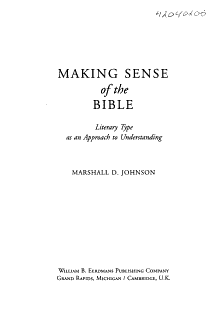 Focusing on the eight major literary forms in the Bible--wisdom literature, liturgical materials, quasi-historical material, prophetic writings, collections of laws and precepts, apocalyptic literature, letters, and Gospels--Johnson describes each form's central features to give readers a sense of what to expect from each and how to approach it.

This accessible volume offers readers clear and concise answers to alleged major Bible difficulties from Genesis to Revelation, staunchly defending the authority and inspiration of Scripture. Written in a problem/solution format, the book covers dozens of questions--old and new--that critics and doubters raise about the Bible. Multipurpose in scope and user-friendly in format, in many ways Making Sense of Bible Difficulties offers the resources of five books in one: • a critical commentary on the whole Bible • an apologetics text • a Bible difficulties reference • a theology manual treating important doctrines • a handbook on verses misused by cults

The Symphony of Scripture

GET BOOK The Symphony of Scripture Book Description :

The Bible is the sure Word of God, a help and guide for our everyday life. But it's also filled with bewildering diversity--poetry, history, and letters written by dozens of people in several languages. What do the exodus, covenant, and priesthood have to do with grace, faith, and discipleship? What possible connection can there be between Sinai and Golgotha? How do we get from the Garden of Eden to the New Jerusalem? This accessible introduction to the Bible emphasizes the unity within its diversity. The Symphony of Scripture traces the great biblical themes in their recurring rhythms and patterns, helping the reader see and appreciate God's grand, overarching design for His creation.

It was God himself who established at just the right times in progressive revelation the guidelines for the relationships between man and his holy God and with one's fellow man through eight covenants. They gave Israel and all readers of Scripture glimpses of the character of God, who is full of mercy, grace, and truth, and, quizzically, justice at the same time. Encoded in the ceremonial laws of one of those covenants establishing how sinful man should approach a holy God is the foreshadowing of the promised Redeemer who will one day reverse the curse of original sin and all its consequences. The reader will see God's complete redemption plan typified in the seven Feasts of the LORD, which prefigure the Redeemer's ministry in both his First and Second Advents. And finally, the Redeemer's sacrifice on the cross of Calvary, which ultimately accomplished man's reconciliation and atonement to God and simultaneously appeased God's righteous wrath against sin and sinner, was prefigured in the five types of sacrifice performed both at the wilderness tabernacle and in the Jerusalem temple centuries later. All this is easily missed by a mere reading through Scripture or by studying individual Books because the student-reader is typically focused on the people and events of that moment in time, often unaware of the subtle but more significant inferences to God's overarching concern: How can sinful man be reconciled to a holy God? The Bible is an epic told in four movements: Creation, Fall, Redemption and Glory. The first two movements are told in the first three chapters of the Bible. The last movement, glory, is told primarily in the last three chapters of the Bible. Almost everything in-between is God's redemption story. This book has broken down those four movements into eleven themes: Creation, Corruption, Contumacy, Catastrophe, Confusion, Calling, Charter, Christ, Cross, Church and Consummation. All eleven of these either point to or are fulfilled in Christ, the promis

In this Introduction to the Bible, designed for college students or general readers, Dr. Rogers provides a solid introduction of the basic message of the Bible and the underlying theme that ties the various parts of the biblical narrative together. Rogers suggests a biblical theology of inspiration that is supported and illustrated within the biblical text itself. Standard introductory considerations such as the production and divisions of the biblical text, the Bible as it relates to ancient history, a brief history of English translations, basic tools and methods of Bible study, and examples of textual studies are included as well. What sets Rogers' material apart from other similar books is his discussion of the nature of the biblical text, especially as it concerns the role of culture, both ancient and contemporary, in the interpretation and application of God's message.