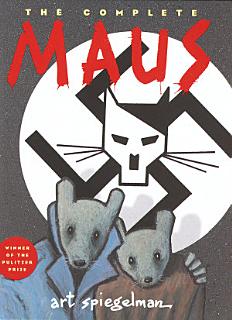 On the occasion of the twenty-fifth anniversary of its first publication, here is the definitive edition of the book acclaimed as "the most affecting and successful narrative ever done about the Holocaust" (Wall Street Journal) and "the first masterpiece in comic book history" (The New Yorker). The Pulitzer Prize-winning Maus tells the story of Vladek Spiegelman, a Jewish survivor of Hitler's Europe, and his son, a cartoonist coming to terms with his father's story. Maus approaches the unspeakable through the diminutive. Its form, the cartoon (the Nazis are cats, the Jews mice), shocks us out of any lingering sense of familiarity and succeeds in "drawing us closer to the bleak heart of the Holocaust" (The New York Times). Maus is a haunting tale within a tale. Vladek's harrowing story of survival is woven into the author's account of his tortured relationship with his aging father. Against the backdrop of guilt brought by survival, they stage a normal life of small arguments and unhappy visits. This astonishing retelling of our century's grisliest news is a story of survival, not only of Vladek but of the children who survive even the survivors. Maus studies the bloody pawprints of history and tracks its meaning for all of us. 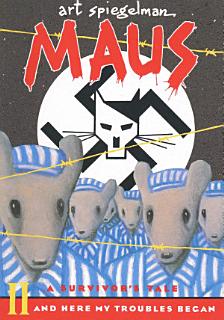 In a comic-book-style tale of the author's parents, Vladek and Anja, Vladek survives Auschwitz, is reunited with Anja, and sires young Art 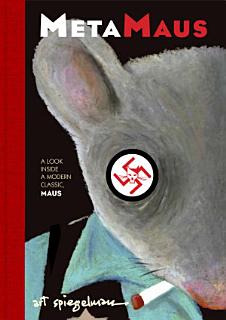 A New Yorker contributor and co-founder of RAW traces the creative process that went into his Pulitzer Prize-winning classic, revealing the inspirations for his work while providing on an accompanying DVD a reference copy of The Complete Maus and audio interviews with his father. 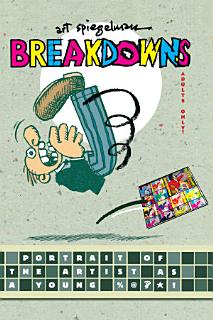 The author reflects on the comics form and its influence on his life and art as he traces his evolution from comics-obsessed boy to a neurotic adult exploring the effects of his parents' memories of Auschwitz on his own son. 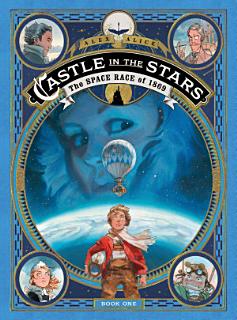 Castle in the Stars The Space Race of 1869

GET BOOK Castle in the Stars The Space Race of 1869 Book Description :

In search of the mysterious element known as aether, Claire Dulac flew her hot air balloon toward the edge of our stratosphere—and never returned. Her husband, genius engineer Archibald Dulac, is certain that she is forever lost. Her son, Seraphin, still holds out hope. One year after her disappearance, Seraphin and his father are delivered a tantalizing clue: a letter from an unknown sender who claims to have Claire’s lost logbook. The letter summons them to a Bavarian castle, where an ambitious young king dreams of flying the skies in a ship powered by aether. But within the castle walls, danger lurks—there are those who would stop at nothing to conquer the stars. In Castle in the Stars, this lavishly illustrated graphic novel, Alex Alice delivers a historical fantasy adventure set in a world where man journeyed into space in 1869, not 1969. 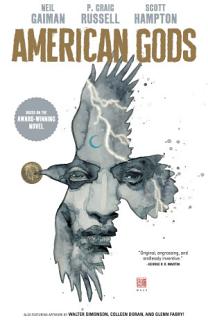 This supernatural American road trip fantasy tells the story of a war between the ancient and modern gods. The Hugo, Bram Stoker, Locus, World Fantasy, and Nebula award-winning novel and new Starz television series by Neil Gaiman is adapted as a graphic novel for the first time! The first in a three-volume adaptation of Neil Gaiman's modern classic! Shadow Moon gets out of jail only to discover his wife is dead. Defeated, broke, and uncertain where to go from here, he meets the mysterious Mr. Wednesday, who employs him to serve as his bodyguard--thrusting Shadow into a deadly world where ghosts of the past come back from the dead, and a god war is imminent. Collecting the first nine issues of the American Gods comic book series, along with art process features, high res scans of original art, layouts, character designs, and variant covers by BECKY CLOONAN, SKOTTIE YOUNG, FÁBIO MOON, DAVE MCKEAN, and MORE!

An autobiographical and biographical cartoon in which the author explores his strained relationship with his father, an Auschwitz survivor, while also relating the story of his parent's experiences as Jews in wartime Poland, as told to him by his dad during a series of conversations they had years later in New York and Vermont. 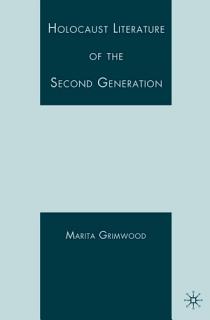 Holocaust Literature of the Second Generation

GET BOOK Holocaust Literature of the Second Generation Book Description :

Exploring five key texts from the emerging canon of second generation writing, this exciting new study brings together theories of autobiography, trauma, and fantasy to understand the how traumatic family histories are represented. In doing so, it demonstrates the continuing impact of familial and community Holocaust trauma, and the need for a precise, clearly developed theoretical framework in which to situate these works. This book will appeal to final year undergraduates and postgraduate students, as well as scholars in literary and Holocaust-related fields, and an audience with personal and professional interests in the 'second generation'. 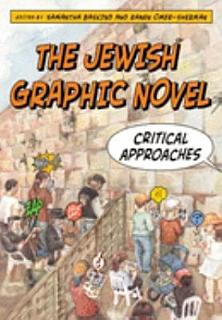 In the 1970s and 1980s Jewish cartoonists such as Will Eisner were some of the first artists to use the graphic novel as a way to explore their ethnicity. Although similar to their pop culture counterpart, the comic book, graphic novels presented weightier subject matter in more expensive packaging, which appealed to an adult audience and gained them credibility as a genre. The Jewish Graphic Novel is a lively, interdisciplinary collection of essays that addresses critically acclaimed works in this subgenre of Jewish literary and artistic culture. Featuring insightful discussions of notable figures in the industryùsuch as Will Eisner, Art Spiegelman, and Joann Sfarùthe essays focus on the how graphic novels are increasingly being used in Holocaust memoir and fiction, and to portray Jewish identity in America and abroad Featuring more than 85 illustrations, this collection is a compelling representation of a major postmodern ethnic and artistic achievement. 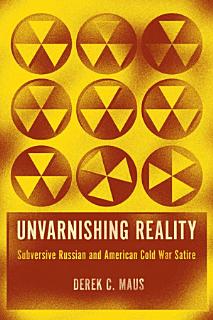 Unvarnishing Reality draws original insight to the literature, politics, history, and culture of the cold war by closely examining the themes and goals of American and Russian satirical fiction. As Derek C. Maus illustrates, the paranoia of nuclear standoff provided a subversive storytelling mode for authors from both nations—including Thomas Pynchon, Robert Coover, John Barth, Walker Percy, Don DeLillo, Kurt Vonnegut Jr., Vasily Aksyonov, Yuz Aleshkovsky, Alexander Zinoviev, Vladimir Voinovich, Fazil Iskander, and Sasha Sokolov. Maus surveys the background of each nation's culture, language, sociology, politics, and philosophy to map the foundation on which cold war satire was built. By highlighting common themes of utopianism, technology, and propaganda, Maus effectively shows the ultimate motive of satirists on both sides was to question the various forces contributing to the cold war and to expose the absurdity of the continuous tension that pulsed between the United States and the Soviet Union for nearly half a century. Although cold war literature has been studied extensively, few critics have focused so keenly on comparisons of satirical fictions by Russian and American writers that condemn and subvert the polarizing ideologies inherent in superpower rivalry. Such a comparison reveals thematic and structural similarities that transcend specific national and cultural origins. In considering these works together, Maus locates a thoroughgoing humanistic refutation of the cold war and its operative doctrines as well as a range of proposed alternatives. Just as the cold war combatants ultimately reconciled in 1991 with the fall of the Soviet Union, Maus seeks to bring these two literary canons together now. Their thematic scope transcends cultural differences, and, as Maus demonstrates, these writers saw that there was not only the atomic bomb to fear, but also the dangers of complete national militarization and the constant polarizing threat of emergency. Thus