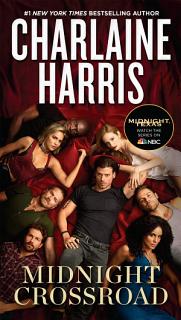 DON'T MISS SEASON 2 OF MIDNIGHT, TEXAS, THE NBC PRIMETIME TELEVISION SERIES BASED ON THE BESTSELLING NOVELS! Take a trip to the small town where only outsiders fit in with the first novel in Charlaine Harris’ paranormal mystery series. Welcome to Midnight, Texas, a town with many boarded-up windows and few full-time inhabitants, located at the crossing of Witch Light Road and the Davy highway. It’s a pretty standard dried-up western town. There’s a pawnshop with three residents. One is seen only at night. There’s a diner, but people stopping there tend not to linger. There’s a newcomer, Manfred Bernardo, who just wants to work hard and blend in. But Manfred has secrets of his own... 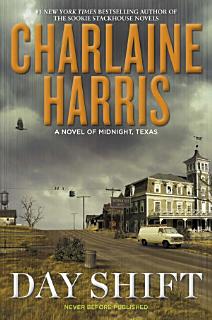 There is no such thing as bad publicity, except in Midnight, Texas, where the residents like to keep to themselves. When psychic Manfred Bernardo finds himself embroiled in a scandal and hounded by the press after one of his regular clients dies during a reading, he turns to enigmatic, beautiful, and dangerous Olivia Charity for help. Somehow he knows that the mysterious Olivia can get things back to normal. As normal as things get in Midnight. 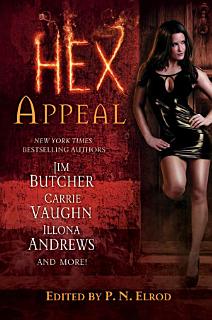 Fall under the intoxicating spell of their hex appeal... In the magical world that lies hidden beneath our own, witches and conjurers play deadly games. They know just the right spell to kill a man with one kiss—or raise him back again. And they're not afraid to exact sweet revenge on those who dare to cross them. But what if you're the unlucky soul who falls victim to a conjurer's curse? And if you had the power to cast a magic spell of your own, would you use it? In this bewitching collection, nine of today's hottest paranormal authors tell all-new, otherworldly tales. Spellbinding stories featuring bigfoot, albino vampires, professional wizards, resurrected boyfriends and even a sex droid from the twenty- third century named Silicon Lily. But as our conjurers are about to discover, it's all fun and games until someone gets hexed. And sometimes, even the best spun spells can lead to complete and utter mayhem. Includes Stories From: Ilona Andrews Jim Butcher Rachel Caine Carole Nelson Douglas P. N. Elrod Simon R. Green Lori Handeland Erica Hayes Carrier Vaughn 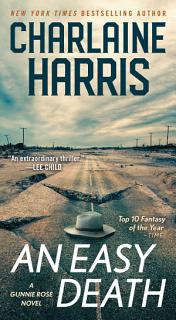 “Immersive, involving, suspenseful, and intriguing, with a main character you’ll love.” —Lee Child, #1 internationally bestselling author of the Jack Reacher novels “A gripping, twisty-turny, thrill ride of a read.” —Karin Slaughter, New York Times bestselling author of Pieces of Her “When a master of her craft offers to tell you a story, let her. The results are dazzling.” —Seanan McGuire, New York Times bestselling author of the Alex, Hugo, Nebula, and Locus Award–winning Wayward Children series. The beloved #1 New York Times bestselling author of the Sookie Stackhouse series, the inspiration for HBO’s True Blood, and the Midnight Crossroad trilogy adapted for NBC’s Midnight, Texas, has written a taut new thriller—the first in the Gunnie Rose series—centered on a young gunslinging mercenary, Lizbeth Rose. Set in a fractured United States, in the southwestern country now known as Texoma. A world where magic is acknowledged but mistrusted, especially by a young gunslinger named Lizbeth Rose. Battered by a run across the border to Mexico Lizbeth Rose takes a job offer from a pair of Russian wizards to be their local guide and gunnie. For the wizards, Gunnie Rose has already acquired a fearsome reputation and they’re at a desperate crossroad, even if they won’t admit it. They’re searching through the small border towns near Mexico, trying to locate a low-level magic practitioner, Oleg Karkarov. The wizards believe Oleg is a direct descendant of Grigori Rasputin, and that Oleg’s blood can save the young tsar’s life. As the trio journey through an altered America, shattered into several countries by the assassination of Franklin Roosevelt and the Great Depression, they’re set on by enemies. It’s clear that a powerful force does not want them to succeed in their mission. Lizbeth Rose is a gunnie who has never failed a client, but her oath will test all of her skills and resolve to get them all out alive. 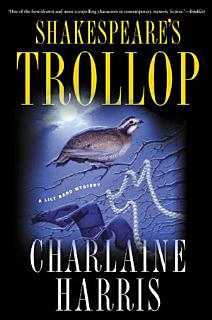 Welcome back to Shakespeare - a charming Arkansas town with endless back roads, an eclectic mix of residents, and a dollop of noir. Featuring cleaning woman/karate expert Lily Bard, Charlaine Harris's series puts a unique spin on the traditional cozy to create mysteries that "work on every level. The writing and plotting are first rate [and] Lily is appealing in her own prickly way" --Washington Times In this installment, Lily discovers lifelong Shakespeare resident Deedra Dean murdered inside a car parked in a woodsy area outside town. Determined not to get involved, Lily wants to leave the police work to Sheriff Marta Schuster and her team of deputies, and concentrate on cleaning, high kicks, and her boyfriend Jack's impending visit. But when Deedra's notoriously promiscuous lifestyle provides an extensive list of suspects but very few clues, Lily has no choice but to resume the roll of amateur detective and join the investigation. In Shakespeare's Trollop, the fourth book in Charlaine Harris's highly acclaimed and darkly compelling series, Lily Bard delivers a hard-hitting mix of Southern charm and street smarts, a combination so alluring that long-time readers and newcomers will be dying to visit Shakespeare again. 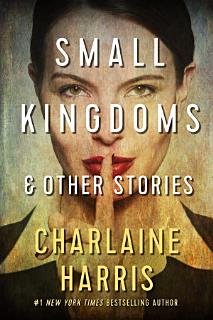 Small Kingdoms and Other Stories

GET BOOK Small Kingdoms and Other Stories Book Description :

A new collection of linked short stories from Charlaine Harris, the #1 New York Times bestselling author of the Sookie Stackhouse books, the basis for HBO’s True Blood, and the Midnight Crossroad series, the inspiration for Midnight, Texas on NBC. Principal Anne DeWitt knew her past could catch up with her, but she didn’t expect it would make her late for school. Killing a man does take time though; so does disposing the body . . . if you do it right. After three relatively quiet years at Travis High School, it seems Anne is in danger of being exposed—even the baseball coach knows more about her former life than she ever imagined. Now, she must find out who else holds her secrets and who wants her to pay for them. . .without letting it make her tardy again. Anne still has a school to run, parents to manage, and a few students who might benefit from her unique—and deadly—experience. Collected together for the first time in Small Kingdoms and Other Stories, “Small Kingdoms,” “Sarah Smiles,” “Small Chances,” and “Small Signs” are sure to delight fans of Charlaine Harris. 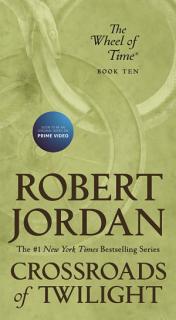 The Wheel of Time ® is a PBS Great American Read Selection! Now in development for TV! Since its debut in 1990, The Wheel of Time® by Robert Jordan has captivated millions of readers around the globe with its scope, originality, and compelling characters. The Wheel of Time turns and Ages come and go, leaving memories that become legend. Legend fades to myth, and even myth is long forgotten when the Age that gave it birth returns again. In the Third Age, an Age of Prophecy, the World and Time themselves hang in the balance. What was, what will be, and what is, may yet fall under the Shadow. Fleeing from Ebou Dar with the kidnapped Daughter of the Nine Moons, whom he is fated to marry, Mat Cauthon learns that he can neither keep her nor let her go, not in safety for either of them, for both the Shadow and the might of the Seanchan Empire are in deadly pursuit. Perrin Aybara seeks to free his wife, Faile, a captive of the Shaido, but his only hope may be an alliance with the enemy. Can he remain true to his friend Rand and to himself? For his love of Faile, Perrin is willing to sell his soul. At Tar Valon, Egwene al'Vere, the young Amyrlin of the rebel Aes Sedai, lays siege to the heart of Aes Sedai power, but she must win quickly, with as little bloodshed as possible, for unless the Aes Sedai are reunited, only the male Asha'man will remain to defend the world against the Dark One, and nothing can hold the Asha'man themselves back from total power except the Aes Sedai and a unified White Tower. In Andor, Elayne Trakland fights for the Lion Throne that is hers by right, but enemies and Darkfriends surround her, plotting her destruction. If she fails, Andor may fall to the Shadow, and the Dragon Reborn with it. Rand al'Thor, the Dragon Reborn himself, has cleansed the Dark One's taint from the male half of the True Source, and everything has changed. Yet nothing has, for only men who can channel believe that saidin is clean again, and a man who can channel is still ha 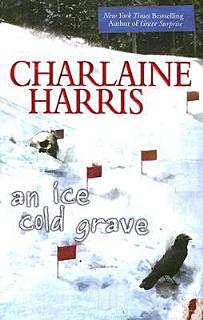 Heading for Doraville, North Carolina, to investigate the disappearance of a young boy, Harper Connelly and her brother Tolliver are stunned to discover that he is one of several teens who had vanished over the previous five years, but when she uses her talent to communicate with the dead to find the missing boy, she discovers that her knowledge has placed her in the sights of a killer. 175,000 first printing. 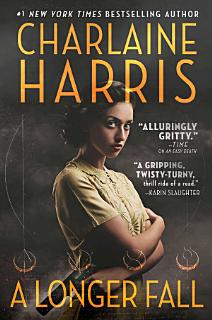 #1 New York Times bestselling author Charlaine Harris returns with the second of the Gunnie Rose series, in which Lizbeth is hired onto a new crew, transporting a crate into Dixie, the self-exiled southeast territory of the former United States. What the crate contains is something so powerful, that forces from across three territories want to possess it. In this second thrilling installment of the Gunnie Rose series, Lizbeth Rose is hired onto a new crew for a seemingly easy protection job, transporting a crate into Dixie, just about the last part of the former United States of America she wants to visit. But what seemed like a straight-forward job turns into a massacre as the crate is stolen. Up against a wall in Dixie, where social norms have stepped back into the last century, Lizbeth has to go undercover with an old friend to retrieve the crate as what’s inside can spark a rebellion, if she can get it back in time. #1 New York Times bestselling author Charlaine Harris (Sookie Stackhouse mysteries and Midnight, Texas trilogy) is at her best here, building the world of this alternate history of the United States, where magic is an acknowledged but despised power. 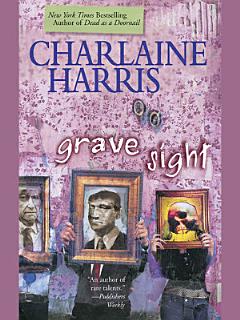 The first Harper Connelly mystery from #1 New York Times bestselling author Charlaine Harris! Harper Connelly has what you might call a strange job: she finds dead people. She can sense the final location of a person who’s passed, and share their very last moment. Harper and her stepbrother Tolliver are experts at getting in, getting paid, and then getting out of town fast—because the people who hire Harper have a funny habit of not really wanting to know what she has to tell them. At first, the little Ozarks town of Sarne seems like no exception. A teenage girl has gone missing, but the secrets of her death—and the secrets of the town—are deep enough that even Harper’s special ability can’t uncover them. With hostility welling up all around them, she and Tolliver would like nothing better than to be on their way. But then another woman is murdered. And the killer’s not finished yet...