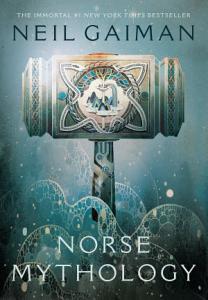 “Remarkable.… Gaiman has provided an enchanting contemporary interpretation of the Viking ethos.”—Lisa L. Hannett, Atlantic Neil Gaiman, long inspired by ancient mythology in creating the fantastical realms of his fiction, presents a bravura rendition of the Norse gods and their world from their origin though their upheaval in Ragnarok. In Norse Mythology, Gaiman stays true to the myths in envisioning the major Norse pantheon: Odin, the highest of the high, wise, daring, and cunning; Thor, Odin’s son, incredibly strong yet not the wisest of gods; and Loki—son of a giant—blood brother to Odin and a trickster and unsurpassable manipulator. Gaiman fashions these primeval stories into a novelistic arc that begins with the genesis of the legendary nine worlds and delves into the exploits of deities, dwarfs, and giants. Through Gaiman’s deft and witty prose, these gods emerge with their fiercely competitive natures, their susceptibility to being duped and to duping others, and their tendency to let passion ignite their actions, making these long-ago myths breathe pungent life again. 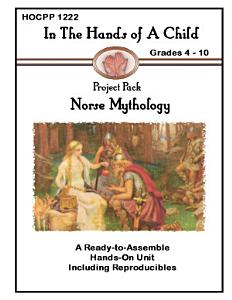 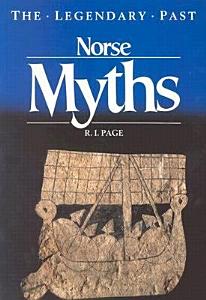 Introduces and retells the myths of the Norse gods and goddesses, describes available written sources, and examines what they tell about the way Norsemen viewed their world 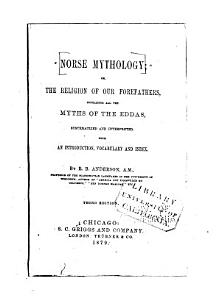 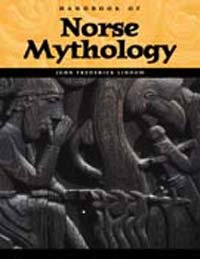 Describes the themes, characters, rituals, and beliefs of Norse mythology. 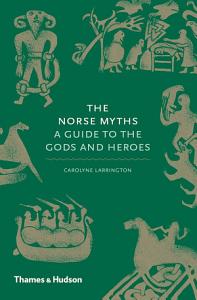 The Norse Myths presents the infamous Viking gods, from the mighty Asyr, led by �?inn, and the mysterious Vanir, to Thor and the mythological cosmos they inhabit. Passages translated from Old Norse bring this legendary world to life, from the myths of creation to ragnar�k, the prophesied end of the world at the hands of Loki’s army of monsters and giants, and everything that comes in between: the long and problematic relationship between the gods and the giants, the (mis)adventures of human heroes and heroines, with their family feuds, revenges, marriages, and murders; and the interaction between the gods and mortals. Photographs and drawings show a range of Norse sites, objects, and characters, from Viking ship burials to dragons on runestones. Dr. Carolyne Larrington describes the Norse myths’ origins in pre-Christian Scandinavia and Iceland, and their survival in archaeological artifacts and written sources, from Old Norse sagas and poems to the less-approving accounts of medieval Christian writers. She traces their influences into the work of Wagner, William Morris, and J. R. R. Tolkien, and even Game of Thrones in the resurrection of the Fimbulvetr, or “Mighty Winter." 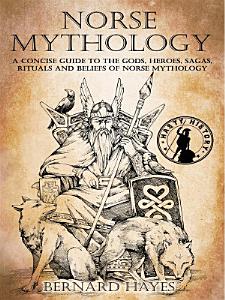 In this audio book, Norse Mythology: A Concise Guide to the Gods, Heroes, Sagas, Rituals, and Beliefs of Norse Mythology, the listener will be transported to the ancient customs of beliefs of the ancient Vikings of the north. This audiobook is dedicated to exploring the gods and goddesses that the Nordic people worshiped. You will discover: A description and explanation of the Norse mythological gods and goddesses, and which tribe the gods mentioned belonged to An introduction to the Nordic pagan belief systems, and the multifaceted ways in which their religious practices were incorporated into their daily lives Popular Nordic sagas, a description of what sagas were, and examples of the most important sagas within the Norse culture An explanation of the most revered Norse rituals and celebrations, and how their beliefs left their impression on religious practices that are still held by Christianity today The Nordic people had many heroes of myth and legend, and you will be introduced to both stories of myth and living, breathing Viking heroes that were revered. Norse mythology is intricate and complex, and the ideals behind their mythological beliefs were often intertwined with real life events. This audiobook will examine how both myth and fact contributed to the culture and traditions of the Nordic people, and how these influences and stories continue to live on throughout the centuries! 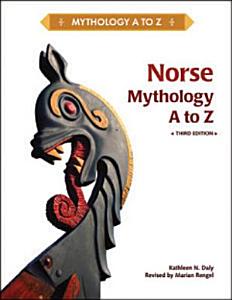 Norse Mythology A to Z

GET BOOK Norse Mythology A to Z Book Description :

University Press returns with another short and captivating book - a brief history of Norse Mythology. Norse Mythology, the collection of myths of the North Germanic peoples of Scandinavia, consists of tales of various deities, beings, and heroes, derived from numerous sources, including medieval manuscripts, archaeological representations, and folk tradition. Most of the surviving mythology centers on the plights of the gods - like the hammer-wielding Thor, the one-eyed Odin, the beautiful Freyja, and the shape-shifting Loki - and their interactions with various other beings - like humans, trolls, elves, dwarves, and giants - beings who may be friends, lovers, foes, or family members of the gods. This short book provides an abbreviated account of the dazzling and devastating beings, forces, and events of Norse Mythology - a version that you can read in about an hour. 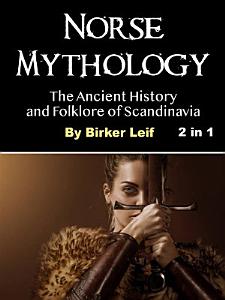 This is a 2-book combo, which has the following titles: Book 1: Scandinavians of the ancient world had many gods and goddesses they worshipped. Are you curious about which ones they revered so much? Well, in this guide, that’s exactly what you will learn. To start off, this brief guide will go over some a quick history of the Vikings. Then, you will discover more about several deities that are worth mentioning, as well as some queer beliefs and false notions that have been spread about the Norse. Book 2: Historical and mythological anecdotes are given in this fascinating compilation of stories and facts. Some of the things you will read about or listen to, concern the following: - The meaning of the word Viking. - How Vikings in Norway were, in particular. - Stories about the creation of the Cosmos. - The famous tale of Ask and Embla. - The War of Aesir-Vanir. - Thor’s hammer and its background story. - Asgard and its significance in Norse mythology.