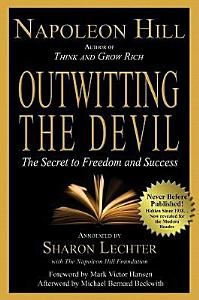 Originally written in 1938 but never published due to its controversial nature, an insightful guide reveals the seven principles of good that will allow anyone to triumph over the obstacles that must be faced in reaching personal goals. 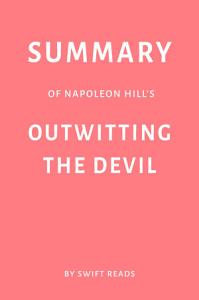 Outwitting the Devil: The Secret to Freedom and Success (2011) by Napoleon Hill describes the circumstances surrounding the self-help author’s rise to fame and fortune. After overcoming many personal and professional trials, including financial ruin, Hill had the opportunity to question the Devil about the ways in which he ensnares humanity... Purchase this in-depth summary to learn more. 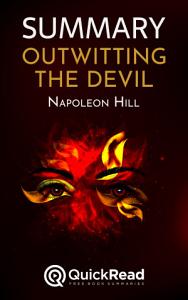 Do you want more free books like this? Download our app for free at https://www.QuickRead.com/App and get access to hundreds of free book and audiobook summaries. Reaching out from the era of the Great Depression to offer a message of hope through the power of positive thinking, Outwitting the Devil asks you to imagine what you could accomplish if you relinquished fear and self-doubt. Although it was originally written in 1938, Napoleon Hill’s breakthrough self-help book, Outwitting the Devil was lost to the world until 2011 due to censorship. Outlining Hill’s personal views on the toxicity of church and standardized education alike, Outwitting the Devil encourages readers to break free of the fears that may be fostered by education and religion to achieve personal success and embrace the life lessons taught by failure.

Following the success of his 1937 landmark bestseller, Think and Grow Rich, Napoleon Hill wrote Outwitting the Devil, an exposé on the methods the Devil uses to ensare and control the minds of human beings. Exploring the innermost depths of the psychology of motivation to understand why so many individuals, including himself, cannot find the initiative and courage they need to consistently implement the philosophy of individual achievement, Hill went so far as to interview the Devil himself. The resulting confession from the Devil made this book so controversial as to remain unpublished for over 70 years. Now it is your turn to break the Devil's code and free yourself from the hidden methods of control that lead to ruin. In this reproduction of the complete text of Hill's original manuscript is laid out the exact nature of the power by which the Devil disarms human beings with fear, procrastination, anger, and jealousy so that they do not reach their full potential. This is the same power that paralyzed millions of individuals with fear and despondency during the Great Depression and continues to hold people back from their dreams. Complacency and mediocrity are not the root issue; they are symptoms of deeper ills that we are conditioned by society to accept. But you must open your mind to acquire knowledge and consider facts that might not harmonize with your personal beliefs in order to access a greater truth that will, as Hill said in his original preface, "bring harmony out of chaos in this age of frustration and fear." If you have been the victim of lost courage, weakened enthusiasm, and lack of self-discipline--if you are demoralized and plagued by fear, anxiety, overwhelm, or apathy--the seven principles to freedom detailed in this book herald your redemption. You will finally become independent of the causes of failure and misery, break the bonds of destructive habits, and unlock the secret of a natural law as significant as the law of gravity so that you c

GET BOOK Summary of Outwitting the Devil the Secret to Freedom and Success by Napoleon Hill Book Description :

Summary of Outwitting the Devil by Napoleon Hill

GET BOOK Summary of Outwitting the Devil by Napoleon Hill Book Description :

QuickRead presents a summary of "Outwitting the Devil" by Napoleon Hill:Reaching out from the era of the Great Depression to offer a message of hope through the power of positive thinking, Outwitting the Devil asks you to imagine what you could accomplish if you relinquished fear and self-doubt. Although it was originally written in 1938, Napoleon Hill's breakthrough self-help book, Outwitting the Devil was lost to the world until 2011 due to censorship. Outlining Hill's personal views on the toxicity of church and standardized education alike, Outwitting the Devil encourages readers to break free of the fears that may be fostered by education and religion to achieve personal success and embrace the life lessons taught by failure. 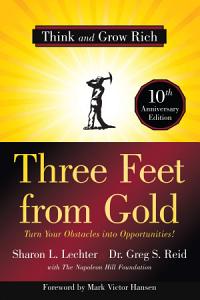 “Most great people have attained their greatest success just one step BEYOND their greatest failure.” -Napoleon Hill This remarkable business allegory tells a fascinating story in presenting the key principles of Napoleon Hill’s revolutionary bestseller Think and Grow Rich. While you follow a struggling young entrepreneur through a life-changing series of encounters with some of today’s foremost business leaders and inspirational figures, you’ll find encouragement and motivation to believe in yourself, discover your own Personal Success Equation™, and to never give up. You are just three feet from gold! A century ago Napoleon Hill began the research that ultimately resulted in his extraordinary bestseller Think and Grow Rich. Since its publication in 1937, with more than 100 million copies sold worldwide, the book has inspired generations of men and women to turn their dreams into reality with its wise and effective principles of self-motivation, leadership, service, and achievement culled from Hill’s interviews with visionaries of his day. Now, a hundred years later, in Three Feet from Gold, a young entrepreneur whose life is falling apart finds himself retracing Hill’s steps after a serendipitous encounter with a powerful businessman who sees the young man’s potential and sets him on a challenging journey of personal, spiritual, and financial growth. Sharon L. Lechter—co-author of the #1 New York Times best-seller Rich Dad Poor Dad—and Greg S. Reid— a successful author, and in-demand motivational speaker—have given us more than the story of one man’s dogged pursuit of success. They deliver an effective equation for accomplishing goals that calls for combining passion and talent, taking action with the right association, and above all else, having faith that you are on the right path. 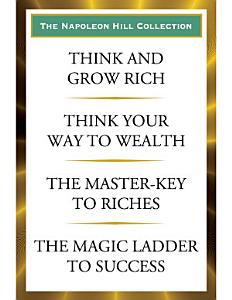 Start down your path to prosperity the right way—four essential books on wealth and self-improvement by Napoleon Hill! Napoleon Hill is considered by many to be the first and most important name in self-help and prosperity—now, for the first time, Tarcher/Penguin offers you his most important works in one place! Think and Grow Rich This book has been called the "Granddaddy of All Motivational Literature." It was the first book to boldly ask, "What makes a winner?" The man who asked and listened for the answer, Napoleon Hill, is now counted in the top ranks of the world's winners himself. In the original Think and Grow Rich, published in 1937, Hill draws on the life stories of Andrew Carnegie, Thomas Edison, Henry Ford, and other millionaires of his generation. In the updated version, Arthur R. Pell, Ph.D., a nationally known author, lecturer, consultant in human resources management, and an expert in applying Hill's thought, interweaves anecdotes of how contemporary millionaires and billionaires—such as Bill Gates, Mary Kay Ash, Dave Thomas, and Sir John Templeton—achieved their wealth. Outmoded or arcane terminology and examples are faithfully refreshed to preclude any stumbling blocks to a new generation of readers. Think Your Way to Wealth Returned to print after many years of unavailability, this book opens the doorway to a treasury of wisdom. Think Your Way to Wealth captures Napoleon Hill's initial encounter with Andrew Carnegie, who revealed the money-attracting strategy that Hill later popularized in his later work. Think Your Way to Wealth is Hill's vivid account of that seminal meeting and captures Carnegie's initial advice, how-to’s, practical steps, and concrete directions. Originally published in 1948, Think Your Way to Wealth has been out of print and unavailable for many years. This new Tarcher Success Classics edition reproduces the complete, original text just as Hill first presented it. The Master Key to Riches The Master-Key to Riches is 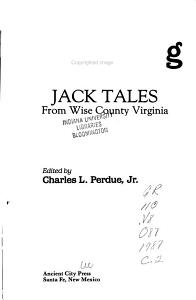 Twenty-eight magic tales (of the same genre as "Jack and the Beanstalk") collected in southwestern Virginia by Virginia WPA Writers' Project workers during the late 1930s. Perdue, a University of Virginia folklorist who has co-edited Weevils in the Wheat: Interviews with Virginia Ex-Slaves, gives a concluding and explanatory essay. The New Deal and Folk Culture Series. "The narratives are interesting in themselves and not merely for historical value". Perdue is "to be commended for ... careful documentation". -- Southern Folklore 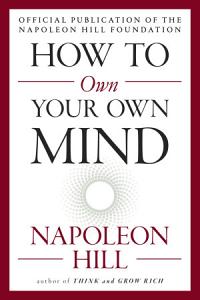 How to Own Your Own Mind

GET BOOK How to Own Your Own Mind Book Description :

Locked in a vault since 1941, here is Napoleon Hill's definitive lesson on how to organize your thinking to attain success! In How to Own Your Mind, you receive a one-of-a-kind master class in how to think for success from motivational pioneer and author of Think and Grow Rich, Napoleon Hill. In three compelling chapters, Hill demonstrates how to organize, prioritize, and act on information so that it translates into opportunity. Knowledge is not power. Only applied knowledge is power. This book teaches you how to use what you know, and how to know what’s worth knowing. “The name Napoleon Hill is synonymous with practical advice on how to get ahead.”—Mitch Horowitz, CNBC.com