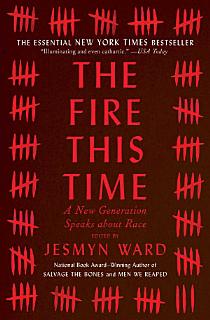 A surprise New York Times bestseller, these groundbreaking essays and poems about race—collected by National Book Award winner Jesmyn Ward and written by the most important voices of her generation—are “thoughtful, searing, and at times, hopeful. The Fire This Time is vivid proof that words are important, because of their power to both cleanse and to clarify” (USA TODAY). In this bestselling, widely lauded collection, Jesmyn Ward gathers our most original thinkers and writers to speak on contemporary racism and race, including Carol Anderson, Jericho Brown, Edwidge Danticat, Kevin Young, Claudia Rankine, and Honoree Jeffers. “An absolutely indispensable anthology” (Booklist, starred review), The Fire This Time shines a light on the darkest corners of our history, wrestles with our current predicament, and imagines a better future. Envisioned as a response to The Fire Next Time, James Baldwin’s groundbreaking 1963 essay collection, these contemporary writers reflect on the past, present, and future of race in America. We’ve made significant progress in the fifty-odd years since Baldwin’s essays were published, but America is a long and painful distance away from a “post-racial society”—a truth we must confront if we are to continue to work towards change. Baldwin’s “fire next time” is now upon us, and it needs to be talked about; The Fire This Time “seeks to place the shock of our own times into historical context and, most importantly, to move these times forward” (Vogue). 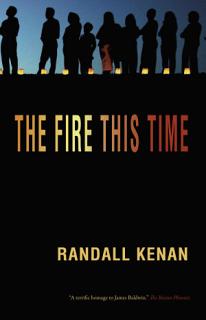 James Baldwin's The Fire Next Time was one of the essential books of the sixties and one of the most galvanizing statements of the American civil rights movement. Now, in the wake of Hurricane Katrina, with a new generation confronting what Baldwin called a "racial nightmare", acclaimed writer Randall Kenan asks: How far have we come? Starting with W. E. B. Du Bois and Martin Luther King, Jr., Kenan expands the discussion to include many of today's most powerful personalities, such as Oprah Winfrey, O. J. Simpson, Rodney King, George Foreman and Barack Obama. Combining elements of memoir and commentary, this homage is a piercing consideration of the times, and an impassioned call to transcend them. 'Kenan demands attention.' — Observer 'A talented young novelist and short-story writer... What makes Kenan...so unusual is his willingness to look beyond the usual places.' —The New York Times 'Kenan continues Baldwin's legendary tradition of telling it on the mountain.' — San Francisco Chronicle 'A perfect catalyst for lively discussion, and a fine state-of-the-issues update on Baldwin's 45-year-old touchstone.' — Publishers Weekly 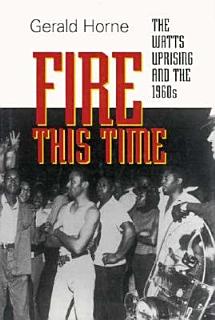 In August 1965 the predominantly black neighborhood of Watts in Los Angeles erupted in flames and violence following an incident of police brutality. This is the first comprehensive treatment of that uprising. Property losses reached hundreds of millions of dollars and the official death toll was thirty-four, but the political results were even more profound. The civil rights movement was placed on the defensive as the image of meek and angelic protestors in the South was replaced by the image of "rioting" blacks in the West. A "white backlash" ensued that led directly to Ronald Reagan's election as governor of California in 1966. In Fire This Time Horne delineates the central roles played by Ronald Reagan, Tom Bradley, Martin Luther King, Jr., Edmund G. Brown, and organizations such as the NAACP, Black Panthers, Nation of Islam, and gangs. He documents the role of the Cold War in the dismantling of legalized segregation, and he looks at the impact of race, region, class, gender, and age on postwar Los Angeles. All this he considers in light of world developments, particularly in Vietnam, the Soviet Union, China, and Africa.

The Fire this Time

GET BOOK The Fire this Time Book Description :

Based on research conducted in more than 20 countries as well as eyewitness accounts, this book refutes the misinformation disseminated by corporate media and government sources about U.S. involvement in Iraq. Descriptions of war-torn Iraq during and after Operation Desert Storm illustrate the effect war crimes and violations of international law had on the Iraqi people; updated material examines how the people are still being affected more than a decade later. Analysis of the second Bush administration's use of the September 11 events to justify a new war against Iraq is included, as are letters to President Bush and the media. 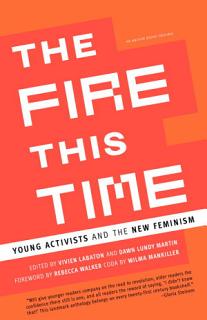 Young feminists today are becoming activists on behalf of many causes beyond the classic—and indispensable--feminist ones of reproductive rights and equal pay for equal work. In The Fire This Time, Dawn Martin, one of four founders of The Third Wave Foundation--a multiracial, multi-issue, and multicultural activist organization--and Vivien Labaton, its first executive director, offer an exciting cross section of feminist voices that express new directions in activism, identity, and thought. Ayana Bird dissects the role of black women in hip-hop; Joshua Breitbart and Ana Noguiera demonstrate how Indimedia can break the hold of the corporate media over the news; and Jennifer Bleyer reviews the exhilarating power unleashed by the GirlZine movement. Anna Kirkland’s analysis of transsexual and transgendered people and the law is deeply thoughtful, and Shireen Lee's piece on women, technology, and feminism envisions empowering prospects for women.. Ranging from media and culture to politics and globalization, The Fire This Time is a call to new frontiers of activism, and helps reinvent feminism for a new generation. From the Trade Paperback edition. 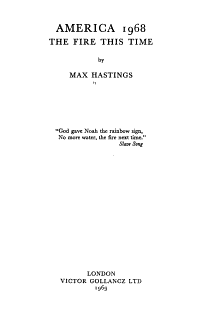 America 1968 the Fire this Time

GET BOOK America 1968 the Fire this Time Book Description :

The Fire Next Time

GET BOOK The Fire Next Time Book Description : 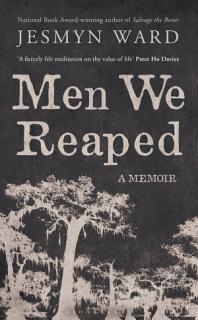 '...And then we heard the rain falling, and that was the drops of blood falling; and when we came to get the crops, it was dead men that we reaped.' Harriet TubmanIn five years, Jesmyn Ward lost five men in her life, to drugs, accidents, suicide, and the bad luck that can follow people who live in poverty, particularly black men. Dealing with these losses, one after another, made Jesmyn ask the question: why? And as she began to write about the experience of living through all the dying, she realized the truth--and it took her breath away. Her brother and her friends all died because of who they were and where they were from, because they lived with a history of racism and economic struggle that fostered drug addiction and the dissolution of family and relationships. Jesmyn says the answer was so obvious she felt stupid for not seeing it. But it nagged at her until she knew she had to write about her community, to write their stories and her own. Jesmyn grew up in poverty in rural Mississippi. She writes powerfully about the pressures this brings, on the men who can do no right and the women who stand in for family in a society where the men are often absent. She bravely tells her story, revisiting the agonizing losses of her only brother and her friends. As the sole member of her family to leave home and pursue high education, she writes about this parallel American universe with the objectivity distance provides and the intimacy of utter familiarity.

The Fire this Time

GET BOOK The Fire this Time Book Description : 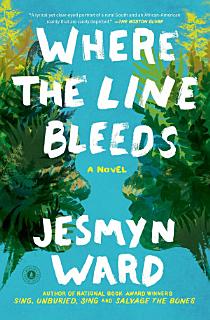 Where the Line Bleeds

GET BOOK Where the Line Bleeds Book Description :

The first novel from National Book Award winner and author of Sing, Unburied, Sing Jesmyn Ward, a timeless Southern fable of brotherly love and familial conflict—“a lyrical yet clear-eyed portrait of a rural South and an African-American reality that are rarely depicted” (The Boston Globe). Where the Line Bleeds is Jesmyn Ward’s gorgeous first novel and the first of three novels set in Bois Sauvage—followed by Salvage the Bones and Sing, Unburied, Sing—comprising a loose trilogy about small town sourthern family life. Described as “starkly beautiful” (Publishers Weekly, starred review), “fearless” (Essence), and “emotionally honest” (The Dallas Morning News), it was a finalist for the Hurston/Wright Legacy Award and the Virginia Commonwealth University Cabell First Novelist Award. Joshua and Christophe are twins, raised by a blind grandmother and a large extended family in rural Bois Sauvage, on Mississippi’s Gulf Coast. They’ve just finished high school and need to find jobs, but after Katrina, it’s not easy. Joshua gets work on the docks, but Christophe’s not so lucky and starts to sell drugs. Christophe’s downward spiral is accelerated first by crack, then by the reappearance of the twins’ parents: Cille, who left for a better job, and Sandman, a dangerous addict. Sandman taunts Christophe, eventually provoking a shocking confrontation that will ultimately damn or save both twins. Where the Line Bleeds takes place over the course of a single, life-changing summer. It is a delicate and closely observed portrait of fraternal love and strife, of the relentless grind of poverty, of the toll of addiction on a family, and of the bonds that can sustain or torment us. Bois Sauvage, based on Ward’s own hometown, is a character in its own right, as stiflingly hot and as rich with history as it is bereft of opportunity. Ward’s “lushly descriptive prose…and her prodigious talent and fearless portrayal of a world too often overlooke