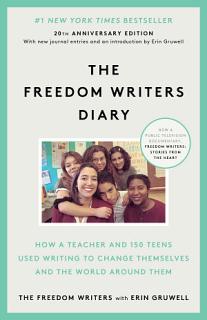 #1 NEW YORK TIMES BESTSELLER • The twentieth anniversary edition of the classic story of an incredible group of students and the teacher who inspired them, featuring updates on the students’ lives, new journal entries, and an introduction by Erin Gruwell Now a public television documentary, Freedom Writers: Stories from the Heart In 1994, an idealistic first-year teacher in Long Beach, California, named Erin Gruwell confronted a room of “unteachable, at-risk” students. She had intercepted a note with an ugly racial caricature and angrily declared that this was precisely the sort of thing that led to the Holocaust. She was met by uncomprehending looks—none of her students had heard of one of the defining moments of the twentieth century. So she rebooted her entire curriculum, using treasured books such as Anne Frank’s diary as her guide to combat intolerance and misunderstanding. Her students began recording their thoughts and feelings in their own diaries, eventually dubbing themselves the “Freedom Writers.” Consisting of powerful entries from the students’ diaries and narrative text by Erin Gruwell, The Freedom Writers Diary is an unforgettable story of how hard work, courage, and determination changed the lives of a teacher and her students. In the two decades since its original publication, the book has sold more than one million copies and inspired a major motion picture Freedom Writers. And now, with this twentieth-anniversary edition, readers are brought up to date on the lives of the Freedom Writers, as they blend indispensable takes on social issues with uplifting stories of attending college—and watch their own children follow in their footsteps. The Freedom Writers Diary remains a vital read for anyone who believes in second chances. 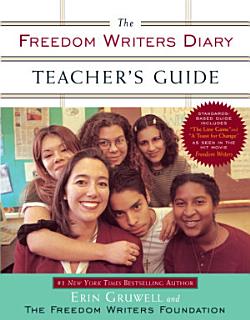 Designed for educators by the teacher who nurtured and created the Freedom Writers, this standards-based teachers’ guide includes innovative teaching techniques that will engage, empower, and enlighten. In response to thousands of letters and e-mails from teachers across the country who learned about Erin Gruwell and her amazing students in The Freedom Writers Diary, Erin Gruwell and a team of teacher experts have written The Freedom Writers Diary Teacher's Guide, a book that will encourage teachers and students to expand the walls of their classrooms and think outside the box. Here Gruwell goes in-depth and shares her unconventional but highly successful educational strategies and techniques (all 150 of her students who had been deemed “un-teachable” graduated from Wilson High School): from her very successful “toast for change” (an exercise in which Gruwell exhorted her students to leave the past behind and start fresh) to writing exercises that focus on the importance of journal writing, vocabulary, and more. In an easy-to-use format with black-and-white illustrations, this teachers’ guide will become the essential go-to manual for teachers who want to make a difference in their pupils’ lives and create students who will make a difference. From the Trade Paperback edition.

Diary of a Freedom Writer

GET BOOK Diary of a Freedom Writer Book Description :

Survivor... a word continuously thought of when reading this memoir. Upon the release of The Freedom Writers Diary and film adaptation starring Hilary Swank in 2007, New York Times bestselling author Darrius Garrett realized that both book and movie tell the Freedom Writer Story as a whole, but not on a personal level. During speaking engagements, the same questions always surface: 'Did Ms. Gruwell change you? How did you make it out of the gang life? What stopped you from killing yourself?' Darrius's answers are inside. Diary of a Freedom Writer takes you on a journey beyond the classrooms to the treacherous streets of Long Beach, California. An innocent little boy born in poverty and raised in a violent environment, Darrius became a product of the streets, written off by the school and judicial systems alike, growing up in an environment full of gangs and drugs. He spent his life searching for a father figure until he became a Freedom Writer, motivational speaker, bestselling author, and finally a father himself. His story is that of a man realizing his experiences are what made him the man he has been seeking to be all his life. Upon beating the odds, Diary of a Freedom Writer serves as proof that Darrius's story of struggle, life, change, and hope will uplift, educate, encourage, and inspire.

A young English teacher was assigned a classroom of unteachable, at-risk students. Using the diaries of Anne Frank and Zlata Filipovic, she showed her students how their diaries paralleled their own lives. 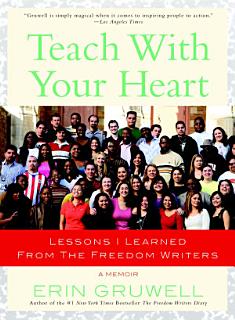 Teach with Your Heart

GET BOOK Teach with Your Heart Book Description :

The author describes her life and work as a teacher and advocate for at-risk youngsters, introducing the principles and practices of her innovative educational program designed to teach tolerance through literature and writing. 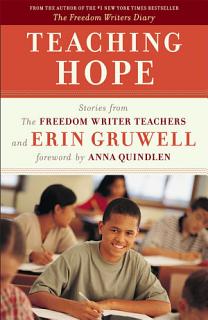 Published to coincide with the tenth anniversary of the best-selling The Freedom Writers Diary, a volume of true accounts by Freedom Writers Method-trained teachers parallels the course of an academic year and reflects its contributors' struggles with intolerance, administration dogma, and other challenges. Original. 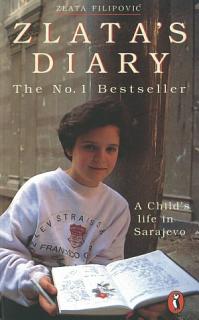 The bestselling diary of 10-year-old Zlata, intelligent and articulate, who writes regularly in her diary about her everyday life in Sarajevo. 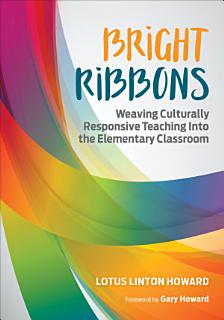 Weave culturally responsive teaching into every lesson and activity With an array of practical tips, model lessons, and resources, this book will inspire you to weave a holistic tapestry of teaching and learning that lets every child shine. You’ll learn: How to use culturally responsive teaching (CRT) not as an add-on, but as a philosophy that infuses every aspect of the school day Simple strategies for weaving the seven principles of CRT into all lessons and activities, including morning greetings, transition times, and group work How to be more self-reflective to better appreciate and unlock students’ unique gifts