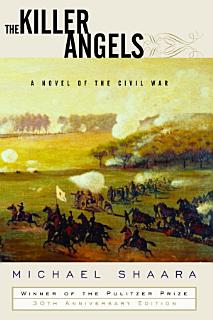 In an effort to draw out the Union Army of the Potomac, the Confederate Army invades the North, and the armies clash in a bloody battle at Gettysburg, Pennsylvania, for four days. 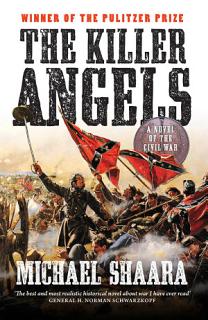 It is the third summer of the war, June 1863, and Robert Lee's Confederate Army slips across the Potomac to draw out the Union Army. Lee's army is 70,000 strong and has won nearly every battle it has fought. The Union Army is 80,000 strong and accustomed to defeat and retreat. Thus begins the Battle of Gettysburg, the four most bloody and courageous days of America's history. Two armies fight for two goals - one for freedom, the other for a way of life. This is a classic, Pulitzer Prize-Winning, historical novel set during the Battle of Gettysburg. 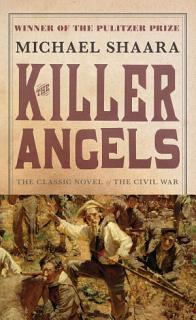 "My favorite historical novel . . . A superb re-creation of the Battle of Gettysburg, but its real importance is its insight into what the war was about, and what it meant."--James M. McPherson In the four most bloody and courageous days of our nation's history, two armies fought for two conflicting dreams. One dreamed of freedom, the other of a way of life. Far more than rifles and bullets were carried into battle. There were memories. There were promises. There was love. And far more than men fell on those Pennsylvania fields. Bright futures, untested innocence, and pristine beauty were also the casualties of war. Michael Shaara's Pulitzer Prize-winning masterpiece is unique, sweeping, unforgettable--the dramatic story of the battleground for America's destiny. Praise for The Killer Angels "Remarkable . . . a book that changed my life . . . I had never visited Gettysburg, knew almost nothing about that battle before I read the book, but here it all came alive."--Ken Burns "Shaara carries [the reader] swiftly and dramatically to a climax as exciting as if it were being heard for the first time."--The Seattle Times "Utterly absorbing."--Forbes 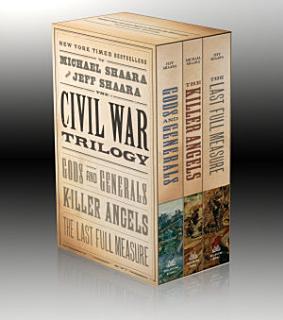 Michael Shaara reinvented the war novel with his Pulitzer Prize-winning masterpiece of Gettysburg, The Killer Angels. Jeff Shaara continued his father's legacy with a series of centuries-spanning New York Times bestsellers. This volume assembles three Civil War novels from America's first family of military fiction: Gods and Generals, The Killer Angels, and The Last Full Measure. Gods and Generals traces the lives, passions, and careers of the great military leaders--Thomas "Stonewall" Jackson, Winfield Scott Hancock, Joshua Chamberlain--from the gathering clouds of war. The Killer Angels re-creates the fight for America's destiny in the Battle of Gettysburg, the four most bloody and courageous days of our nation's history. And The Last Full Measure brings to life the final two years of the Civil War, chasing the escalating conflict between Robert E. Lee and Ulysses S. Grant--complicated, heroic, and deeply troubled men--through to its riveting conclusion at Appomattox. Praise for Michael Shaara and Jeff Shaara's Civil War trilogy "Brilliant does not even begin to describe the Shaara gift."--The Atlanta Journal-Constitution "Shaara's beautifully sensitive novel delves deeply in the empathetic realm of psycho-history, where enemies do not exist--just mortal men forced to make crucial decisions and survive on the same battlefield."--San Francisco Chronicle, on Gods and Generals "Remarkable . . . a book that changed my life . . . I had never visited Gettysburg, knew almost nothing about that battle before I read the book, but here it all came alive."--Ken Burns, on The Killer Angels "The Last Full Measure is more than another historical novel. It is rooted in history, but its strength is the element of humanity flowing through its characters. . . . The book is compelling, easy to read, well researched and written, and thought-provoking. . . . In short, it is everything that a reader could ask for."--Chicago Tribune 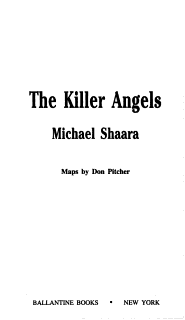 In the four most bloody and courageous days of our nation's history, two armies fought for two dreams. One dreamed of freedom, the other of a way of life.

Explores how faithfull to history Shaara was or was not in writing The Killer Angels. Compares the historical leaders with those portrayed by Shaara. 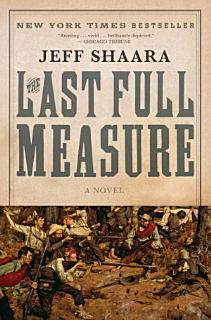 In the Pulitzer prize–winning classic The Killer Angels, Michael Shaara created the finest Civil War novel of our time. The Last Full Measure tells the epic story of the events following the Battle of Gettysburg and brings to life the final two years of the Civil War. Jeff Shaara dramatizes the escalating confrontation between Robert E. Lee and Ulysses S. Grant—complicated, heroic, and deeply troubled men. For Lee and his Confederate forces, Gettysburg has been an unspeakable disaster, but he is determined to fight to the bitter end; he faces Grant, the decisive, hard-nosed leader the Union army so desperately needs in order to turn the tide of the war. From the costly Battle of the Wilderness to the agonizing seize of Petersburg to Lee’s epoch-making surrender at Appomattox, Shaara portrays the riveting conclusion of the Civil War through the minds and hearts of the individuals who gave their last full measure. BONUS: This edition includes an excerpt from Jeff Shaara's Blaze of Glory.

Returning home from the Korean War, Tom McClain feels alienated from his family and old friends, and finds his only solace in boxing. Reprint. 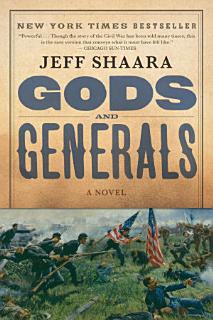 The New York Times bestselling prequel to the Pulitzer Prize–winning classic The Killer Angels In this brilliantly written epic novel, Jeff Shaara traces the lives, passions, and careers of the great military leaders from the first gathering clouds of the Civil War. Here is Thomas “Stonewall” Jackson, a hopelessly by-the-book military instructor and devout Christian who becomes the greatest commander of the Civil War; Winfield Scott Hancock, a captain of quartermasters who quickly establishes himself as one of the finest leaders of the Union army; Joshua Chamberlain, who gives up his promising academic career and goes on to become one of the most heroic soldiers in American history; and Robert E. Lee, never believing until too late that a civil war would ever truly come to pass. Profound in its insights into the minds and hearts of those who fought in the war, Gods and Generals creates a vivid portrait of the soldiers, the battlefields, and the tumultuous times that forever shaped the nation. BONUS: This edition includes an excerpt from Jeff Shaara's Blaze of Glory.