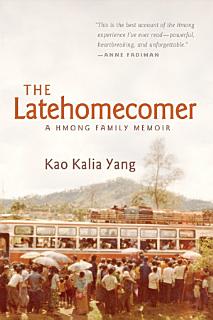 In search of a place to call home, thousands of Hmong families made the journey from the war-torn jungles of Laos to the overcrowded refugee camps of Thailand and onward to America. But lacking a written language of their own, the Hmong experience has been primarily recorded by others. Driven to tell her family’s story after her grandmother’s death, The Latehomecomer is Kao Kalia Yang’s tribute to the remarkable woman whose spirit held them all together. It is also an eloquent, firsthand account of a people who have worked hard to make their voices heard. Beginning in the 1970s, as the Hmong were being massacred for their collaboration with the United States during the Vietnam War, Yang recounts the harrowing story of her family’s captivity, the daring rescue undertaken by her father and uncles, and their narrow escape into Thailand where Yang was born in the Ban Vinai Refugee Camp. When she was six years old, Yang’s family immigrated to America, and she evocatively captures the challenges of adapting to a new place and a new language. Through her words, the dreams, wisdom, and traditions passed down from her grandmother and shared by an entire community have finally found a voice. Together with her sister, Kao Kalia Yang is the founder of a company dedicated to helping immigrants with writing, translating, and business services. A graduate of Carleton College and Columbia University, Yang has recently screened The Place Where We Were Born, a film documenting the experiences of Hmong American refugees. Visit her website at www.kaokaliayang.com. 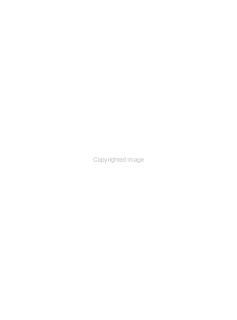 Presents the journey from refuge camp to America and the hardships and joys of a family's struggle to adapt in a strange culture while holding onto traditions that are passed down from her beloved grandmother. 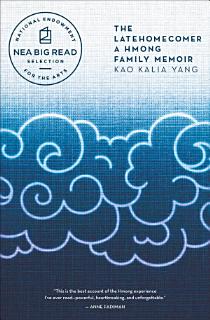 The “unforgettable” true story of a family’s journey from the jungles of Laos to a Thailand refugee camp—and finally, to America (Anne Fadiman, author of The Spirit Catches You and You Fall Down). Kao Kalia Yang was born in 1980 a Hmong refugee camp in Thailand. Her people had fought alongside the Americans in the Vietnam War, but in the tumult that followed, they spent years without a real home. Though her grandmother was reluctant to journey even farther from her birthplace than they already had, the family convinced her that America was their best option. Landing first in California, they eventually settled in St. Paul, Minnesota. Like so many other immigrants, the adults worked long hours, sacrificing in order to give their children opportunities to succeed and reflect well on their community. But the Hmong faced unique challenges, coming from a rain forest as a little-known ethnic group that did not have a written language of its own. Yet, Yang would eventually grow up to write this memoir—“a narrative packed with the stuff of life” (Entertainment Weekly) that would become a winner of the Minnesota Book Award, a finalist for a PEN Award, and one of the National Endowment for the Arts’ Big Read selections. “Yang tells her family’s story with grace; she narrates their struggles, beautifully weaving in Hmong folklore and culture…[a] moving, unforgettable book.”—Publishers Weekly (starred review) “[A] beautiful memoir…Yang intimately chronicles the immigrant experience from the Hmong perspective, providing a long-overdue contribution to the history and literature of ethnic America.”—Booklist 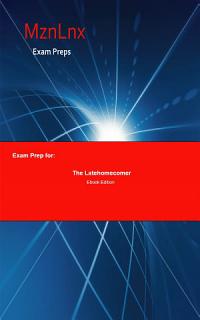 Exam Prep for The Latehomecomer

GET BOOK Exam Prep for The Latehomecomer Book Description : 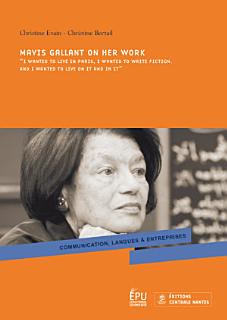 Mavis Gallant on Her Work

GET BOOK Mavis Gallant on Her Work Book Description : 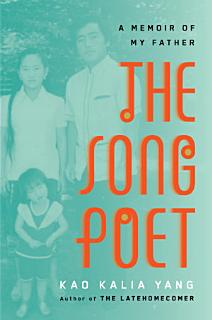 From the author of The Latehomecomer, a powerful memoir of her father, a Hmong song poet who sacrificed his gift for his children's future in America In the Hmong tradition, the song poet recounts the story of his people, their history and tragedies, joys and losses; extemporizing or drawing on folk tales, he keeps the past alive, invokes the spirits and the homeland, and records courtships, births, weddings, and wishes. Following her award-winning book The Latehomecomer, Kao Kalia Yang now retells the life of her father Bee Yang, the song poet, a Hmong refugee in Minnesota, driven from the mountains of Laos by American's Secret War. Bee lost his father as a young boy and keenly felt his orphanhood. He would wander from one neighbor to the next, collecting the things they said to each other, whispering the words to himself at night until, one day, a song was born. Bee sings the life of his people through the war-torn jungle and a Thai refugee camp. But the songs fall away in the cold, bitter world of a Minneapolis housing project and on the factory floor until, with the death of Bee's mother, the songs leave him for good. But before they do, Bee, with his poetry, has polished a life of poverty for his children, burnished their grim reality so that they might shine. Written with the exquisite beauty for which Kao Kalia Yang is renowned, The Song Poet is a love story -- of a daughter for her father, a father for his children, a people for their land, their traditions, and all that they have lost. 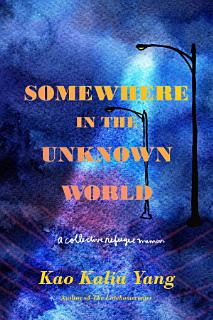 Somewhere in the Unknown World

GET BOOK Somewhere in the Unknown World Book Description :

From “an exceptional storyteller,” Somewhere in the Unknown World is a collection of powerful stories of refugees who have found new lives in Minnesota’s Twin Cities, told by the award-winning author of The Latehomecomer and The Song Poet. All over this country, there are refugees. But beyond the headlines, few know who they are, how they live, or what they have lost. Although Minnesota is not known for its diversity, the state has welcomed more refugees per capita than any other, from Syria to Bosnia, Thailand to Liberia. Now, with nativism on the rise, Kao Kalia Yang—herself a Hmong refugee—has gathered stories of the stateless who today call the Twin Cities home. Here are people who found the strength and courage to rebuild after leaving all they hold dear. Awo and her mother, who escaped from Somalia, reunite with her father on the phone every Saturday, across the span of continents and decades. Tommy, born in Minneapolis to refugees from Cambodia, cannot escape the war that his parents carry inside. As Afghani flees the reach of the Taliban, he seeks at every stop what he calls a certificate of his humanity. Mr. Truong brings pho from Vietnam to Frogtown in St. Paul, reviving a crumbling block as well as his own family. In Yang’s exquisite, necessary telling, these fourteen stories for refugee journeys restore history and humanity to America's strangers and redeem its long tradition of welcome. 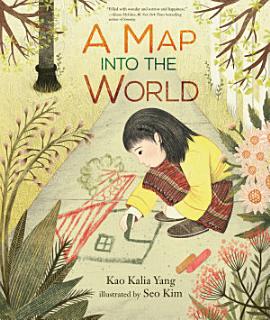 A Map into the World

GET BOOK A Map into the World Book Description :

"Filled with wonder and sorrow and happiness." —Alison McGhee, #1 New York Times bestselling author of Someday A heartfelt story of a young girl seeking beauty and connection in a busy world. As the seasons change, so too does a young Hmong girl's world. She moves into a new home with her family and encounters both birth and death. As this curious girl explores life inside her house and beyond, she collects bits of the natural world. But who are her treasures for? A moving picture book debut from acclaimed Hmong American author Kao Kalia Yang.