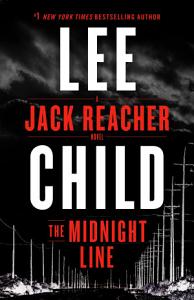 "Reacher rides the bus north from Milwaukee. At a comfort stop in Wisconsin dairy country he takes a stroll. Among the cheap junk in a pawn shop window he notices a West Point class ring for sale. It's tiny. A woman cadet's ring. Why would she pawn it? Reacher knows what Serena Sanderson must have gone through to get it. He fights through a biker gang and a South Dakota gangster, following the trail of the ring to the emptiness of Wyoming, in search of Major Sanderson. Is she OK?"-- 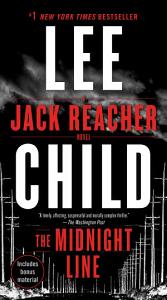 #1 NEW YORK TIMES BESTSELLER • Lee Child returns with a gripping new powerhouse thriller featuring Jack Reacher, “one of this century’s most original, tantalizing pop-fiction heroes” (The Washington Post). BONUS: Includes a sneak peek of Lee Child’s new novel, Past Tense. Reacher takes a stroll through a small Wisconsin town and sees a class ring in a pawn shop window: West Point 2005. A tough year to graduate: Iraq, then Afghanistan. The ring is tiny, for a woman, and it has her initials engraved on the inside. Reacher wonders what unlucky circumstance made her give up something she earned over four hard years. He decides to find out. And find the woman. And return her ring. Why not? So begins a harrowing journey that takes Reacher through the upper Midwest, from a lowlife bar on the sad side of small town to a dirt-blown crossroads in the middle of nowhere, encountering bikers, cops, crooks, muscle, and a missing persons PI who wears a suit and a tie in the Wyoming wilderness. The deeper Reacher digs, and the more he learns, the more dangerous the terrain becomes. Turns out the ring was just a small link in a far darker chain. Powerful forces are guarding a vast criminal enterprise. Some lines should never be crossed. But then, neither should Reacher. Praise for The Midnight Line “Puts Reacher just where we want him.”—The New York Times Book Review “A gem.”—Chicago Tribune “A timely, suspenseful, morally complex thriller, one of the best I’ve read this year . . . Child weaves in a passionately told history of opioids in American life. . . . Child’s outrage over it is only just barely contained.”—The Philadelphia Inquirer “A perfect example of Lee Child’s talent . . . Lee Child is the master of plotting. . . . This is Child’s most emotional book to date. . . . This is not just a good story; it is a story with a purpose and a message.”—Huffington Post “I just read the new Jack Reacher novel by Lee Child. . . . It is as goo 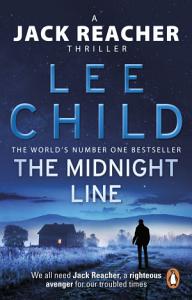 THE NUMBER ONE BESTSELLER/A RICHARD & JUDY BOOKCLUB 2018 PICK Jack Reacher is having a bad day. It would be a dumb idea to make it worse. Reacher sees a West Point class ring in a pawn shop window. It’s tiny. It's a woman cadet’s graduation present to herself. Why would she give it up? Reacher was a West Pointer too, and he knows what she went through to get it. All he wants is to find the woman. He’ll have to go through bikers, cops, crooks, and low-life muscle. If she’s ok, he’ll walk away. If she’s not ... he’ll stop at nothing. Best advice: stay out of his way. Although the Jack Reacher novels can be read in any order, The Midnight Line follows on directly from the end of Make Me. 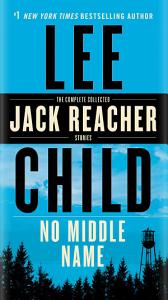 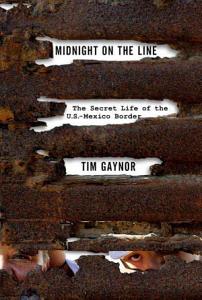 Midnight on the Line

GET BOOK Midnight on the Line Book Description :

A probing, ground-level investigation of illegal immigration and the people on both sides of the battle to secure the U.S.–Mexico border With illegal immigration burning as a contentious issue in American politics, Reuters reporter Tim Gaynor went into the underbelly of the border and to the heart of illegal immigration: along the 45-mile trek down the illegal alien "superhighway." Through scorpion-strewn trails with Mexican migrants and drug smugglers, he met up with a legendary group of Native American trackers called the Shadow Wolves, and traveled through the extensive network of tunnels, including the "Great Tunnel" from Tijuana to Otay Mesa, California. Along the way, Gaynor also meets Minutemen and exposes corruption among the Border Patrol agents who exchange sex or money for helping smugglers. The issue of illegal immigration has a complexity beyond any of the political rhetoric. Combining top-notch investigative journalism with a narrative style that delves into the human condition, Gaynor reveals the day-to-day realities on both sides of "the line." 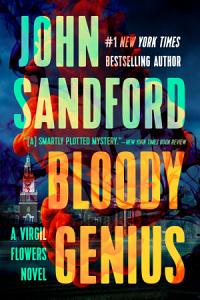 Virgil Flowers will have to watch his back--and his mouth--as he investigates a college culture war turned deadly in another one of Sandford's "madly entertaining Virgil Flowers mysteries" (New York Times Book Review). At the local state university, two feuding departments have faced off on the battleground of science and medicine. Each carries their views to extremes that may seem absurd, but highly educated people of sound mind and good intentions can reasonably disagree, right? Then a renowned and confrontational scholar winds up dead, and Virgil Flowers is brought in to investigate . . . and as he probes the recent ideological unrest, he soon comes to realize he's dealing with people who, on this one particular issue, are functionally crazy. Among this group of wildly impassioned, diametrically opposed zealots lurks a killer, and it will be up to Virgil to sort the murderer from the mere maniacs. 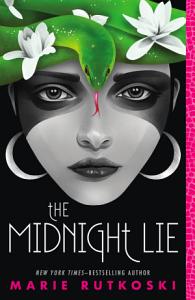 Set in the world of the New York Times–bestselling Winner’s Trilogy, Marie Rutkoski's The Midnight Lie is an epic LGBTQ romantic fantasy about learning to free ourselves from the lies others tell us—and the lies we tell ourselves. Where Nirrim lives, crime abounds, a harsh tribunal rules, and society’s pleasures are reserved for the High Kith. Life in the Ward is grim and punishing. People of her low status are forbidden from sampling sweets or wearing colors. You either follow the rules, or pay a tithe and suffer the consequences. Nirrim keeps her head down, and a dangerous secret close to her chest. But then she encounters Sid, a rakish traveler from far away, who whispers rumors that the High Kith possess magic. Sid tempts Nirrim to seek that magic for herself. But to do that, Nirrim must surrender her old life. She must place her trust in this sly stranger who asks, above all, not to be trusted. 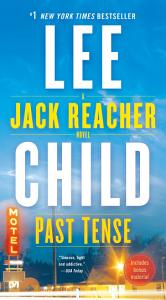 GET BOOK Past Tense Book Description :

#1 NEW YORK TIMES BESTSELLER • Family secrets come back to haunt Jack Reacher in this electrifying thriller from “a superb craftsman of suspense” (Entertainment Weekly). Jack Reacher hits the pavement and sticks out his thumb. He plans to follow the sun on an epic trip across America, from Maine to California. He doesn’t get far. On a country road deep in the New England woods, he sees a sign to a place he has never been: the town where his father was born. He thinks, What’s one extra day? He takes the detour. At the same moment, in the same isolated area, a car breaks down. Two young Canadians had been on their way to New York City to sell a treasure. Now they’re stranded at a lonely motel in the middle of nowhere. The owners seem almost too friendly. It’s a strange place, but it’s all there is. The next morning, in the city clerk’s office, Reacher asks about the old family home. He’s told no one named Reacher ever lived in town. He’s always known his father left and never returned, but now Reacher wonders, Was he ever there in the first place? As Reacher explores his father’s life, and as the Canadians face lethal dangers, strands of different stories begin to merge. Then Reacher makes a shocking discovery: The present can be tough, but the past can be tense . . . and deadly. Don’t miss a sneak peek of Lee Child’s novel Blue Moon in the back of the book. Praise for Past Tense “Child is one writer who should never be taken for granted.”—The New York Times Book Review “[Lee Child] shows no signs of slowing down. . . . Reacher is a man for whom the phrase moral compass was invented: His code determines his direction. . . . You need Jack Reacher.”—The Atlantic “Superb . . . Child neatly interweaves multiple narratives, ratchets up the suspense (the reveal of the motel plot is delicious), and delivers a powerful, satisfying denouement. Fans will enjoy learning more of this enduring character’s roots, and Child’s spare prose 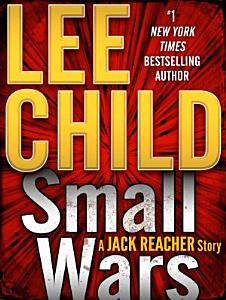 In this eBook exclusive short story, #1 New York Times bestselling author Lee Child goes back to 1989, when Jack Reacher is an MP assigned to solve the cold-blooded murder of a young officer—whose killer may be closer to Reacher than he suspects. Don’t miss a thrilling preview of Lee Child’s highly anticipated new Jack Reacher novel, Make Me! The telex is brief and to the point: One active-duty personnel found shot to death ten miles north of Fort Smith. Circumstances unknown. Found in a silver Porsche along an isolated forest road in Georgia, the victim was shot twice in the chest and once in the head. A professional hit. Clean. The crime scene suggests an ambush. Military police officer Jack Reacher is given the case. He calls his older brother, Colonel Joe Reacher, at the Pentagon for intel and taps Sergeant Frances Neagley to help him answer the big question: Who would kill a brilliant officer on the fast-track to greatness? For Jack Reacher, the answer hits home. Praise for #1 bestselling author Lee Child and his Reacher series “Welcome to the relentless world of Jack Reacher and his impressive tendency to be in the wrong place at the right time. . . . Child has created an iconic character that other thriller writers try to emulate but don’t come close to matching.”—Associated Press “[Reacher] is the stuff of myth, a great male fantasy. . . . One of this century’s most original, tantalizing pop-fiction heroes.”—The Washington Post “Jack Reacher is the coolest continuing series character now on offer.”—Stephen King “Child is a superb craftsman of suspense.”—Entertainment Weekly “Easily the best thriller series going.”—NPR “The truth about Reacher gets better and better.”—Janet Maslin, The New York Times “If you’re a thriller fan and you’re not reading the Reacher series, you’re not a thriller fan.”—Chicago Tribune 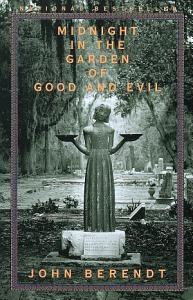 Midnight in the Garden of Good and Evil

GET BOOK Midnight in the Garden of Good and Evil Book Description :

Shots rang out in Savannah's grandest mansion in the misty,early morning hours of May 2, 1981. Was it murder or self-defense? For nearly a decade, the shooting and its aftermath reverberated throughout this hauntingly beautiful city of moss-hung oaks and shaded squares. John Berendt's sharply observed, suspenseful, and witty narrative reads like a thoroughly engrossing novel, and yet it is a work of nonfiction. Berendt skillfully interweaves a hugely entertaining first-person account of life in this isolated remnant of the Old South with the unpredictable twists and turns of a landmark murder case. It is a spellbinding story peopled by a gallery of remarkable characters: the well-bred society ladies of the Married Woman's Card Club; the turbulent young redneck gigolo; the hapless recluse who owns a bottle of poison so powerful it could kill every man, woman, and child in Savannah; the aging and profane Southern belle who is the "soul of pampered self-absorption"; the uproariously funny black drag queen; the acerbic and arrogant antiques dealer; the sweet-talking, piano-playing con artist; young blacks dancing the minuet at the black debutante ball; and Minerva, the voodoo priestess who works her magic in the graveyard at midnight. These and other Savannahians act as a Greek chorus, with Berendt revealing the alliances, hostilities, and intrigues that thrive in a town where everyone knows everyone else. Midnight in the Garden of Good and Evil is a sublime and seductive reading experience. Brilliantly conceived and masterfully written, this enormously engaging portrait of a most beguiling Southern city has become a modern classic.