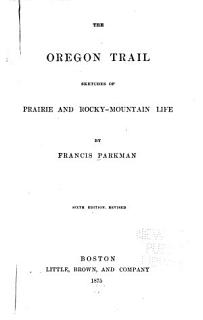 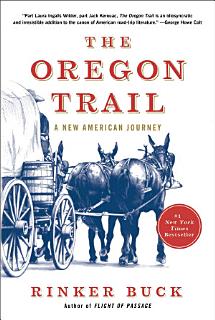 In the bestselling tradition of Bill Bryson and Tony Horwitz, Rinker Buck's The Oregon Trail is a major work of participatory history: an epic account of traveling the 2,000-mile length of the Oregon Trail the old-fashioned way, in a covered wagon with a team of mules—which hasn't been done in a century—that also tells the rich history of the trail, the people who made the migration, and its significance to the country. Spanning 2,000 miles and traversing six states from Missouri to the Pacific Ocean, the Oregon Trail is the route that made America. In the fifteen years before the Civil War, when 400,000 pioneers used it to emigrate West—historians still regard this as the largest land migration of all time—the trail united the coasts, doubled the size of the country, and laid the groundwork for the railroads. The trail years also solidified the American character: our plucky determination in the face of adversity, our impetuous cycle of financial bubbles and busts, the fractious clash of ethnic populations competing for the same jobs and space. Today, amazingly, the trail is all but forgotten. Rinker Buck is no stranger to grand adventures. The New Yorker described his first travel narrative,Flight of Passage, as “a funny, cocky gem of a book,” and with The Oregon Trailhe seeks to bring the most important road in American history back to life. At once a majestic American journey, a significant work of history, and a personal saga reminiscent of bestsellers by Bill Bryson and Cheryl Strayed, the book tells the story of Buck's 2,000-mile expedition across the plains with tremendous humor and heart. He was accompanied by three cantankerous mules, his boisterous brother, Nick, and an “incurably filthy” Jack Russell terrier named Olive Oyl. Along the way, Buck dodges thunderstorms in Nebraska, chases his runaway mules across miles of Wyoming plains, scouts more than five hundred miles of nearly vanished trail on foot, crosses the Rockies, makes desperate 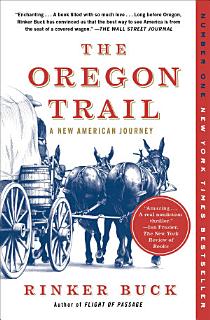 #1 NEW YORK TIMES BESTSELLER • #1 Indie Next Pick • Winner of the PEN New England Award “Enchanting…A book filled with so much love…Long before Oregon, Rinker Buck has convinced us that the best way to see America is from the seat of a covered wagon.” —The Wall Street Journal “Amazing…A real nonfiction thriller.” —Ian Frazier, The New York Review of Books “Absorbing…Winning…The many layers in The Oregon Trail are linked by Mr. Buck’s voice, which is alert and unpretentious in a manner that put me in mind of Bill Bryson’s comic tone in A Walk in the Woods.” —Dwight Garner, The New York Times A major bestseller that has been hailed as a “quintessential American story” (Christian Science Monitor), Rinker Buck’s The Oregon Trail is an epic account of traveling the 2,000-mile length of the Oregon Trail the old-fashioned way—in a covered wagon with a team of mules—that has captivated readers, critics, and booksellers from coast to coast. Simultaneously a majestic journey across the West, a significant work of history, and a moving personal saga, Buck’s chronicle is a “laugh-out-loud masterpiece” (Willamette Week) that “so ensnares the emotions it becomes a tear-jerker at its close” (Star Tribune, Minneapolis) and “will leave you daydreaming and hungry to see this land” (The Boston Globe). 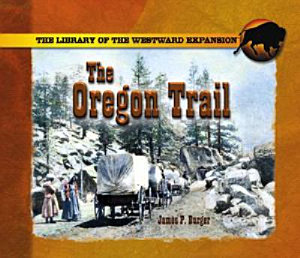 Discusses the importance of the Oregon Trail in helping settle the west, and describes the covered wagons used for transportation and the materials the settlers packed for the journey. 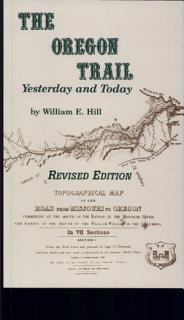 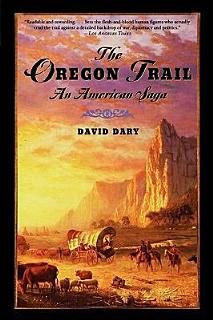 An in-depth history of the Oregon Trail follows the route used by fur traders, missionaries, and mountain men, offering colorful stories about the hardships and triumphs of the massive migration. 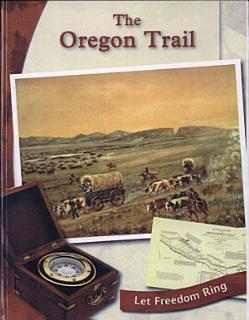 Examines the famous westward route of American settlement during the 1800's, including everyday life on the trail, what it took to make the journey successfully, and what happened to unsuccessful attempts to reach the Oregon Territory. 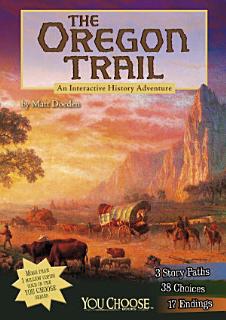 You Choose The Oregon Trail

GET BOOK You Choose The Oregon Trail Book Description :

You're living in the United States during the time of the Westward Expansion. Settlers are heading west on the Oregon Trail as they seek better lives. Will you: Go west with your family as part of a wagon train? Serve as a trail guide for a group of settlers? Try to cope with the changes in your way of life as a western American Indian? Everything in this book happened to real people. And YOU CHOOSE what you do next. The choices you make could lead you to opportunity, to wealth, to poverty, or even to death. 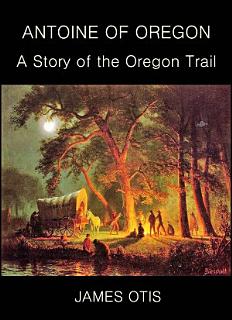 Antoine of Oregon A Story of the Oregon Trail

GET BOOK Antoine of Oregon A Story of the Oregon Trail Book Description :

Antoine of Oregon : A Story of the Oregon Trail The author of this series of stories for children has endeavored simply to show why and how the descendants of the early colonists fought their way through the wilderness in search of new homes. The several narratives deal with the struggles of those adventurous people who forced their way westward, ever westward, whether in hope of gain or in answer to "the call of the wild," and who, in so doing, wrote their names with their blood across this country of ours from the Ohio to the Columbia. To excite in the hearts of the young people of this land a desire to know more regarding the building up of this great nation, and at the same time to entertain in such a manner as may stimulate to noble deeds, is the real aim of these stories. In them there is nothing of romance, but only a careful, truthful record of the part played by children in the great battles with those forces, human as well as natural, which, for so long a time, held a vast 4 portion of this broad land against the advance of home seekers. With the knowledge of what has been done by our own people in our own land, surely there is no reason why one should resort to fiction in order to depict scenes of heroism, daring, and sublime disregard of suffering in nearly every form. 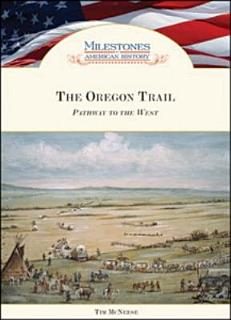 A history of the Oregon Trail follows the route used by fur traders, mountain men, farmers, gold hunters, entrepreneurs, and others who made their way west, offering stories about the hardships and triumphs of the massive migration.