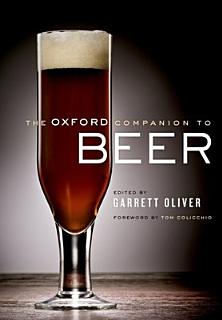 The Oxford Companion to Beer

GET BOOK The Oxford Companion to Beer Book Description :

"Features more than 1,100 A-Z entries written by 166 of the world's most prominent beer experts"--Provided by publisher. 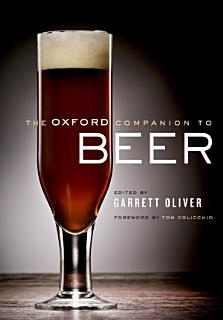 The Oxford Companion to Beer

GET BOOK The Oxford Companion to Beer Book Description :

1st Place Winner of the 2012 Gourmand Award for Best in the World in the Beer category. For millennia, beer has been a favorite beverage in cultures across the globe. After water and tea, it is the most popular drink in the world, and it is at the center of a $450 billion industry. Edited by Garrett Oliver, the James Beard Winner for Outstanding Wine, Beer, or Spirits Professional, this is the first major reference work to investigate the history and vast scope of beer. The Oxford Companion to Beer features more than 1,100 A-Z entries written by 166 of the world's most prominent beer experts. Attractively illustrated with over 140 images, the book covers everything from the agricultural makeup of various beers to the technical elements of the brewing process, local effects of brewing on regions around the world, and the social and political implications of sharing a beer. Entries not only define terms such as "dry hopping" and "cask conditioning" but give fascinating details about how these and other techniques affect a beer's taste, texture, and popularity. Cultural entries shed light on such topics as pub games, food pairings and the development of beer styles. Readers will enjoy vivid accounts of how our drinking traditions have changed throughout history, and how these traditions vary in different parts of the world, from Japan to Mexico, New Zealand, and Brazil, among many other countries. The pioneers of beer-making are the subjects of biographical entries, and the legacies these pioneers have left behind, in the form of the world's most popular beers and breweries, are recurrent themes throughout the book. Packed with information, this comprehensive resource also includes thorough appendices (covering beer festivals, beer magazines, and more), conversion tables, and an index. Featuring a foreword by Tom Colicchio, this book is the perfect shelf-mate to Oxford's renowned Companion to Wine and an absolutely indispensable volume for everyone who loves beer as we 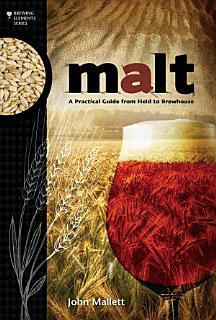 Brewers often call malt the soul of beer. Fourth in the Brewing Elements series, Malt: A Practical Guide from Field to Brewhouse delves into the intricacies of this key ingredient used in virtually all beers. This book provides a comprehensive overview of malt, with primary focus on barley, from the field through the malting process. With primers on history, agricultural development and physiology of the barley kernel, John Mallett (Bell’s Brewery, Inc.) leads us through the enzymatic conversion that takes place during the malting process. A detailed discussion of enzymes, the Maillard reaction, and specialty malts follows. Quality and analysis, malt selection, and storage and handling are explained. This book is of value to all brewers, of all experience levels, who wish to learn more about the role of malt as the backbone of beer. 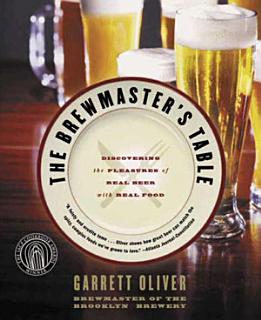 Traditional craft-brewed beer can transform a meal from everyday to extraordinary. It's an affordable, accessible luxury. Yet most people are only familiar with the mass-market variety. Have you tasted the real thing? In The Brewmaster's Table, Garrett Oliver, America's foremost authority on beer and brewmaster of the acclaimed Brooklyn Brewery, reveals why real beer is the perfect partner to any dining experience. He explains how beer is made, relays its fascinating history, and, accompanied by Denny Tillman's exquisite photographs, conducts an insider's tour through the amazing range of flavors displayed by distinct styles of beer from around the world. Most important, he shows how real beer, which is far more versatile than wine, intensifies flavors when it's appropriately paired with foods, creating brilliant matches most people have never imagined: a brightly citric Belgian wheat beer with a goat cheese salad, a sharply aromatic pale ale to complement spicy tacos, an earthy German bock beer to match a porcini risotto, even a fruity framboise to accompany a slice of chocolate truffle cake. Whether you're a beer aficionado, a passionate cook, or just someone who loves a great dinner, this book will indeed be a revelation. 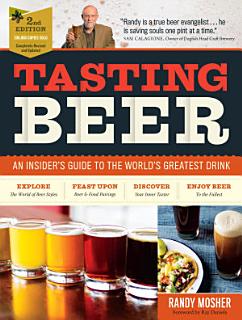 This completely updated second edition of the best-selling beer resource features the most current information on beer styles, flavor profiles, sensory evaluation guidelines, craft beer trends, food and beer pairings, and draft beer systems. You’ll learn to identify the scents, colors, flavors, mouth-feel, and vocabulary of the major beer styles — including ales, lagers, weissbeirs, and Belgian beers — and develop a more nuanced understanding of your favorite brews with in-depth sections on recent developments in the science of taste. Spirited drinkers will also enjoy the new section on beer cocktails that round out this comprehensive volume. 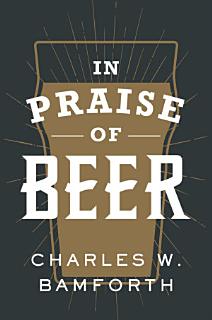 In Praise of Beer

GET BOOK In Praise of Beer Book Description :

In Praise of Beer is a helpful guide for beer lovers looking to learn more about what they should look for with each sip of beer. In his latest book, Charles Bamforth brings new light to the topic of beer in ways perfect for any beer fan, lover, or connoisseur. In Praise of Beer is a helpful guide for consumers who want to better understand about the beer they drink. This book answers popular questions from consumers, including what consumers should be expecting from their beer; what styles are available; what they should be thinking about when purchasing beer, either in a bar or a beer shop; how to look after beer; how to present beer; which beer for which occasion, including dining; and if they can drink beer (in moderation) with a clear conscience. In Praise of Beer is written in an authoritative but easy-to-read style and is full of anecdotes, inside knowledge and valuable information. 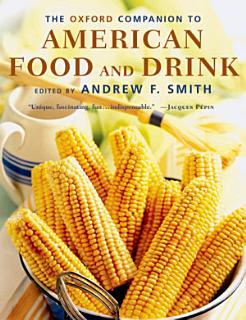 The Oxford Companion to American Food and Drink

GET BOOK The Oxford Companion to American Food and Drink Book Description :

A panoramic history of the culinary traditions, culture, and evolution of American food and drink features nearly one thousand entries, essays, and articles on such topics as fast food, celebrity chefs, regional and ethnic cuisine, social and cultural food history, food science, and more, along with hundreds of photographs and lists of food museums, Web sites, festivals, and organizations. 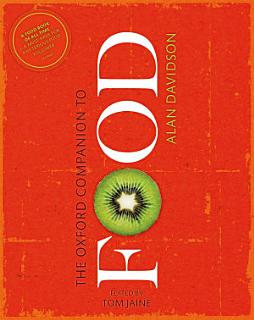 The Oxford Companion to Food

GET BOOK The Oxford Companion to Food Book Description :

The Oxford companion to the book

GET BOOK The Oxford companion to the book Book Description : 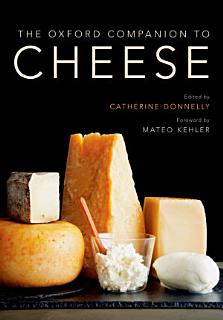 The Oxford Companion to Cheese

GET BOOK The Oxford Companion to Cheese Book Description :

Winner of the 2017 James Beard Award for Reference & Scholarship The discovery of cheese is a narrative at least 8,000 years old, dating back to the Neolithic era. Yet, after all of these thousands of years we are still finding new ways to combine the same four basic ingredients - milk, bacteria, salt, and enzymes - into new and exciting products with vastly different shapes, sizes, and colors, and equally complex and varied tastes, textures, and, yes, aromas. In fact, after a long period of industrialized, processed, and standardized cheese, cheesemakers, cheesemongers, affineurs, and most of all consumers are rediscovering the endless variety of cheeses across cultures. The Oxford Companion to Cheese is the first major reference work dedicated to cheese, containing 855 A-Z entries on cheese history, culture, science, and production. From cottage cheese to Camembert, from Gorgonzola to Gruyère, there are entries on all of the major cheese varieties globally, but also many cheeses that are not well known outside of their region of production. The concentrated whey cheeses popular in Norway, brunost, are covered here, as are the traditional Turkish and Iranian cheeses that are ripened in casings prepared from sheep's or goat's skin. There are entries on animal species whose milk is commonly (cow, goat, sheep) and not so commonly (think yak, camel, and reindeer) used in cheesemaking, as well as entries on a few highly important breeds within each species, such as the Nubian goat or the Holstein cow. Regional entries on places with a strong history of cheese production, biographies of influential cheesemakers, innovative and influential cheese shops, and historical entries on topics like manorial cheesemaking and cheese in children's literature round out the Companion's eclectic cultural coverage. The Companion also reflects a fascination with the microbiology and chemistry of cheese, featuring entries on bacteria, molds, yeasts, cultures, and coagulants used in chees