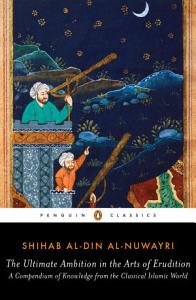 The Ultimate Ambition in the Arts of Erudition

GET BOOK The Ultimate Ambition in the Arts of Erudition Book Description :

For the first time in English, a catalog of the world through fourteenth-century Arab eyes—a kind of Schott’s Miscellany for the Islamic Golden Age An astonishing record of the knowledge of a civilization, The Ultimate Ambition in the Arts of Erudition catalogs everything known to exist from the perspective of a fourteenth-century Egyptian scholar and litterateur. More than 9,000 pages and thirty volumes—here abridged to one volume, and translated into English for the first time—it contains entries on everything from medieval moon-worshipping cults, sexual aphrodisiacs, and the substance of clouds, to how to get the smell of alcohol off one’s breath, the deliciousness of cheese made from buffalo milk, and the nesting habits of flamingos. Similar works by Western authors, including Pliny’s Natural History, have been available in English for centuries. This groundbreaking translation of a remarkable Arabic text—expertly abridged and annotated—offers a look at the world through the highly literary and impressively knowledgeable societies of the classical Islamic world. Meticulously arranged and delightfully eclectic, it is a compendium to be treasured—a true monument of erudition. For more than seventy years, Penguin has been the leading publisher of classic literature in the English-speaking world. With more than 1,700 titles, Penguin Classics represents a global bookshelf of the best works throughout history and across genres and disciplines. Readers trust the series to provide authoritative texts enhanced by introductions and notes by distinguished scholars and contemporary authors, as well as up-to-date translations by award-winning translators. 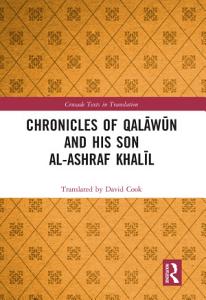 This volume provides translations of texts on the Mamluk Sultan Qalāwūn (1279-90) and his son al-Malik al-Ashraf (1290-93), which cover the end of the Crusader interlude in the Syrian Levant. Translated from the original Arabic, these chronicles detail the Mamluk perception of the Crusaders, the Mongol menace, how this menace was confronted, and a wealth of materials about the Mediterranean basin in the late thirteenth century. Treaties, battles, sieges and embassies are all revealed in these chronicles, most of which have not been translated previously. The translated texts provide a range of historical records concerning Qalāwūn and al-Ashraf, and include the court perspective of Ibn `Abd al-Ẓāhir, the later biography by his nephew Shafī`, and the writings of the Mamluk historian Baybars al-Mansūrī. 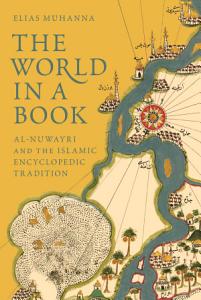 The World in a Book

GET BOOK The World in a Book Book Description :

Based on the author's dissertation (doctoral)-- Harvard University, 2012. 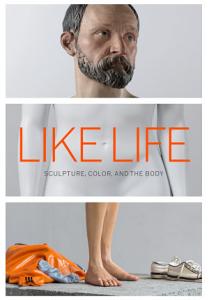 Since before the myth of Pygmalion bringing a statue to life through desire, artists have used sculpture to explore the physical materiality of the body. This groundbreaking volume examines key sculptural works from thirteenth-century Europe to the global present, revealing new insights into the strategies artists deploy to blur the distinction between art and life. Three-dimensional renderings of the human figure are presented here in numerous manifestations, created by artists ranging from Donatello and Edgar Degas to Kiki Smith and Jeff Koons. Featuring works created in media both traditional and unexpected—such as glass, leather, and blood—Like Life presents sculpture by turns conventional and shocking, including effigies, dolls, mannequins, automata, waxworks, and anatomical models. Texts by curators and cultural historians as well as contemporary artists complete this provocative exploration of realistic representations of the human body. p.p1 {margin: 0.0px 0.0px 0.0px 0.0px; font: 14.0px Verdana} 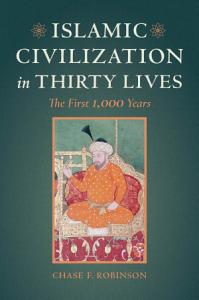 Religious thinkers, political leaders, lawmakers, writers, and philosophers have shaped the 1,400-year-long development of the world's second-largest religion. But who were these people? What do we know of their lives and the ways in which they influenced their societies? In Islamic Civilization in Thirty Lives, the distinguished historian of Islam Chase F. Robinson draws on the long tradition in Muslim scholarship of commemorating in writing the biographies of notable figures, but he weaves these ambitious lives together to create a rich narrative of Islamic civilization, from the Prophet Muhammad in the seventh century to the era of the world conquerer Timur and the Ottoman Sultan Mehmed II in the fifteenth. Beginning in Islam’s heartland, Mecca, and ranging from North Africa and Iberia in the west to Central and East Asia, Robinson not only traces the rise and fall of Islamic states through the biographies of political and military leaders who worked to secure peace or expand their power, but also discusses those who developed Islamic law, scientific thought, and literature. What emerges is a fascinating portrait of rich and diverse Islamic societies. Alongside the famous characters who colored this landscape—including Muhammad’s cousin ’Ali; the Crusader-era hero Saladin; and the poet Rumi—are less well-known figures, such as Ibn Fadlan, whose travels in Eurasia brought fascinating first-hand accounts of the Volga Vikings to the Abbasid Caliph; the eleventh-century Karima al-Marwaziyya, a woman scholar of Prophetic traditions; and Abu al-Qasim Ramisht, a twelfth-century merchant millionaire. An illuminating read for anyone interested in learning more about this often-misunderstood civilization, this book creates a vivid picture of life in all arenas of the pre-modern Muslim world. 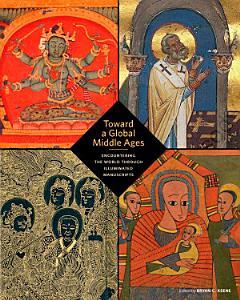 Toward a Global Middle Ages

GET BOOK Toward a Global Middle Ages Book Description :

This important and overdue book examines illuminated manuscripts and other book arts of the Global Middle Ages. Illuminated manuscripts and illustrated or decorated books—like today’s museums—preserve a rich array of information about how premodern peoples conceived of and perceived the world, its many cultures, and everyone’s place in it. Often a Eurocentric field of study, manuscripts are prisms through which we can glimpse the interconnected global history of humanity. Toward a Global Middle Ages is the first publication to examine decorated books produced across the globe during the period traditionally known as medieval. Through essays and case studies, the volume’s multidisciplinary contributors expand the historiography, chronology, and geography of manuscript studies to embrace a diversity of objects, individuals, narratives, and materials from Africa, Asia, Australasia, and the Americas—an approach that both engages with and contributes to the emerging field of scholarly inquiry known as the Global Middle Ages. Featuring 160 color illustrations, this wide-ranging and provocative collection is intended for all who are interested in engaging in a dialogue about how books and other textual objects contributed to world-making strategies from about 400 to 1600. 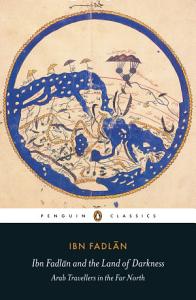 Ibn Fadlan and the Land of Darkness

GET BOOK Ibn Fadlan and the Land of Darkness Book Description :

In 922 AD, an Arab envoy from Baghdad named Ibn Fadlan encountered a party of Viking traders on the upper reaches of the Volga River. In his subsequent report on his mission he gave a meticulous and astonishingly objective description of Viking customs, dress, table manners, religion and sexual practices, as well as the only eyewitness account ever written of a Viking ship cremation. Between the ninth and fourteenth centuries, Arab travellers such as Ibn Fadlan journeyed widely and frequently into the far north, crossing territories that now include Russia, Uzbekistan and Kazakhstan. Their fascinating accounts describe how the numerous tribes and peoples they encountered traded furs, paid tribute and waged wars. This accessible new translation offers an illuminating insight into the world of the Arab geographers, and the medieval lands of the far north. 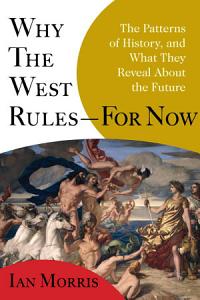 Why the West Rules For Now

GET BOOK Why the West Rules For Now Book Description :

Why does the West rule? In this magnum opus, eminent Stanford polymath Ian Morris answers this provocative question, drawing on 50,000 years of history, archeology, and the methods of social science, to make sense of when, how, and why the paths of development differed in the East and West — and what this portends for the 21st century. There are two broad schools of thought on why the West rules. Proponents of "Long-Term Lock-In" theories such as Jared Diamond suggest that from time immemorial, some critical factor — geography, climate, or culture perhaps — made East and West unalterably different, and determined that the industrial revolution would happen in the West and push it further ahead of the East. But the East led the West between 500 and 1600, so this development can't have been inevitable; and so proponents of "Short-Term Accident" theories argue that Western rule was a temporary aberration that is now coming to an end, with Japan, China, and India resuming their rightful places on the world stage. However, as the West led for 9,000 of the previous 10,000 years, it wasn't just a temporary aberration. So, if we want to know why the West rules, we need a whole new theory. Ian Morris, boldly entering the turf of Jared Diamond and Niall Ferguson, provides the broader approach that is necessary, combining the textual historian's focus on context, the anthropological archaeologist's awareness of the deep past, and the social scientist's comparative methods to make sense of the past, present, and future — in a way no one has ever done before. From the Hardcover edition. 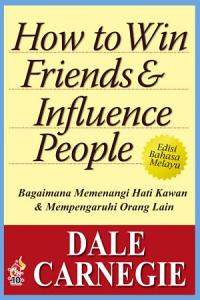 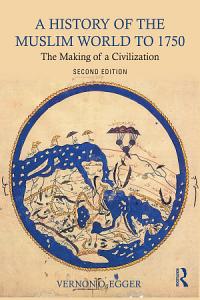 A History of the Muslim World to 1750

GET BOOK A History of the Muslim World to 1750 Book Description :

A History of the Muslim World to 1750 traces the development of Islamic civilization from the career of the Prophet Muhammad to the mid-eighteenth century. Encompassing a wide range of significant events within the period, its coverage includes the creation of the Dar al-Islam (the territory ruled by Muslims), the fragmentation of society into various religious and political groups including the Shi'ites and Sunnis, the series of catastrophes in the twelfth and thirteenth centuries that threatened to destroy the civilization, and the rise of the Ottoman, Safavid, and Mughal empires. Including the latest research from the last ten years, this second edition has been updated and expanded to cover the fifteenth to eighteenth centuries. Fully refreshed and containing over sixty images to highlight the key visual aspects, this book offers students a balanced coverage of the Muslim world from the Iberian Peninsula to South Asia, and detailed accounts of all cultures. The use of maps, primary sources, timelines, and a glossary further illuminates the fascinating yet complex world of the pre-modern Middle East. Covering art, architecture, religious institutions, theological beliefs, popular religious practice, political institutions, cuisine, and much more, A History of the Muslim World to 1750 is the perfect introduction for all students of the history of Islamic civilization and the Middle East.