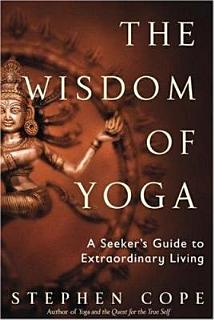 The author of Yoga and the Quest for the True Self offers spiritual seekers from all traditions a practical introduction to the wisdom and teachings of the Yogasutra, as he brings together insights from yoga philosophy with modern psychology to offer lessons in ethical living, enhanced creativity, and the discovery of one's higher purpose. 20,000 first printing. 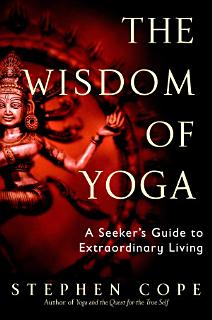 For modern spiritual seekers and yoga students alike, here is an irreverent yet profound guide to the most sophisticated teachings of the yoga wisdom tradition–now brought to contemporary life by a celebrated author, psychotherapist, and leading American yoga instructor. While many Westerners still think of yoga as an invigorating series of postures and breathing exercises, these physical practices are only part of a vast and ancient spiritual science. For more than three millennia, yoga sages systematically explored the essential questions of our human existence: What are the root causes of suffering, and how can we achieve freedom and happiness? What would it be like to function at the maximum potential of our minds, bodies, and spirits? What is an optimal human life? Nowhere have their discoveries been more brilliantly distilled than in a short–but famously difficult–treatise called the Yogasutra. This revered text lays out the entire path of inner development in remarkable detail–ranging from practices that build character and mental power to the highest reaches of spiritual realization. Now Stephen Cope unlocks the teachings of the Yogasutra by showing them at work in the lives of a group of friends and fellow yoga students who are confronting the full modern catastrophe of careers, relationships, and dysfunctional family dynamics. Interweaving their daily dilemmas with insights from modern psychology, neuroscience, religion, and philosophy, he shows the astonishing relevance and practicality of this timeless psychology of awakening. Leavened with wit and passion, The Wisdom of Yoga is a superb companion and guide for anyone seeking enhanced creativity, better relationships, and a more ethical and graceful way of living in the world. 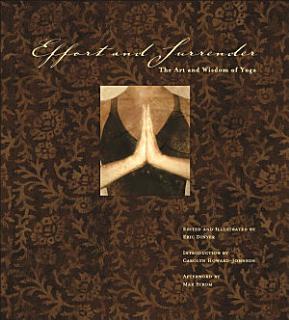 Yoga how-to books abound, a direct reflection of the rapidly expanding popularity of this ancient practice. Effort and Surrender does not show how to "do" yoga. Instead, it tells - through illustrations and quotations - how to "feel" what yoga is and what it means to experience mind and body movements as a life enhancer and as a way of life. This beautiful celebration of yoga's artistry and insight makes a one-of-a-kind gift book. Talented editor and photographer Eric Dinyer, a dedicated yoga practitioner himself, used his own experience and deep understanding to convey yoga's challenges and far-reaching possibilities. Eric's sepia-rich photographs of 37 classic asanas intertwined with vibrant and sweeping ink lines give the postures an energy of their own. Equally moving are the collection of historical and modern yoga quotes, such as this: "Yoga is a way of moving into stillness in order to experience the truth of who you are." - Erich Schiffmann. Effort and Surrender is a very rich experience indeed. 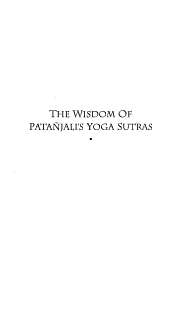 "A new translation of: The yoga sutras of Patanjali, the ancient Indian text which sets forth the practical and philosophical foundations of yoga, presented here with extensive commentary and spiritual exercises to assist in the practice and understanding of one's own spiritual search"--Provided by publisher.

A guide to the most sophisticated teachings of the yoga wisdom tradition that explains how the yoga sages have explored the essential questions of human existence and helped people live an optimal life. 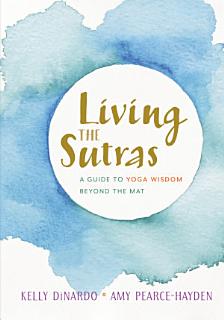 Bring the wisdom of ancient Yoga philosophy into your life in a fresh, accessible, and relevant way. In its highest form, yoga is a practice for your body and your mind. Living the Sutras brings the wisdom of classical yoga philosophy into your life in an accessible and relevant way. The Yoga Sutras, a foundational text of yoga philosophy and practice, written by the guru Patanjali over two thousand years ago, are made up of 196 aphorisms that offer potent teachings on how to deal with loss and pain, and guidance on how to lead a healthy and fulfilling life. Kelly DiNardo and Amy Pearce-Hayden offer an entrée to this yoga training for the mind and spirit by introducing a sutra or group of sutras on a related theme, providing a brief commentary, and writing prompts to allow you to reflect on and apply the meaning of the sutras to your life. The book is at once an introduction to the classical philosophy, a quick guide for students and teachers, and an active self-study that helps you to engage with yoga wisdom in a deeply personal way. 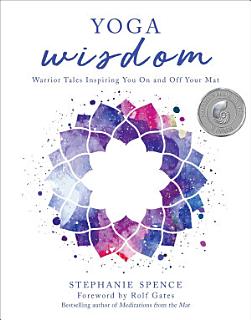 Essential and uplifting advice that will help you get from where you are to who you hope to become. Often referred to as The Traveling Yogini, beloved yoga teacher Stephanie Spence explores what it means to become our truest selves. Weaving her experience as a writer, mother, and PTSD survivor, Spence affirms that not only is the soul’s messy and unpredictable journey inevitable, it is essential to our quest to live a life we thrive in. Yoga heals—not just the body, but the heart and soul. Whether you’ve only dabbled with the idea of trying yoga, or have practiced for a long time, yoga is about you. Physically, it increases endurance, strength, and flexibility. Mentally, it reduces stress and helps you find stillness in a chaotic world. Spiritually, it helps you evolve to your highest potential and live in a space of gratitude and peace no matter what’s happening around you. Here, Spence has gathered the wisdom of eighty-five acclaimed yogis to enable readers to live their life to the fullest. Real and raw wisdom from global leaders in the yoga community—from classic yoga superstars to today’s rock-your-daily-asana hipsters—will motivate you to live a life beyond your wildest dreams. Filled with universal insights, intimate, comforting stories, and spiritually practical tips, Yoga Wisdom is here to help keep you on the road to truth, authenticity, and balance in all aspects of your life. 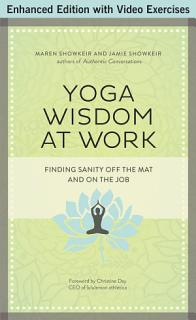 Everyone knows that yoga helps reduce stress and increase the body’s flexibility and strength. But the poses are only one part of a larger philosophy offering profound insights for confronting the complexities of daily life. Yoga can help you remain centered, compassionate, positive, and sane every hour of the day—especially those between nine and five. This unprecedented guide shows how practicing the full range of yogic concepts—the traditional “Eight Limbs of Yoga”—leads to a productive, creative, and energizing work environment and features examples from professions like law enforcement, teaching, banking, filmmaking, medicine, and many more. But beyond that, this book is an invitation to use all of yoga’s teachings to cultivate the spark of the divine that dwells within each of us. The Enhanced Edition includes six videos (9 minutes) and seven audios (21 minutes). The videos include personal stories about the benefits of practicing yoga at work, a method to help honor non-lying and non-violence, and three breath control techniques. The audios feature meditations to help release negativity, increase energy, calm the mind, tap into one’s own essence, and be fully present at work, as well as specific suggestions for living out the yogic precepts of contentment and surrendering to a higher purpose in the workplace. 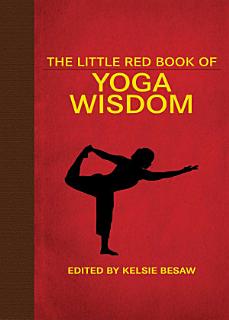 In Hinduism, Buddhism, and Jainism, the word yoga means “spiritual discipline.” Modern yoga is thought of mainly in the context of its postures, but the actual meaning of yoga goes much deeper than that. Though its exact history is unknown, the first recorded instance appears in ancient Shamanism, a religion that involved healing its community members, among other functions. Throughout history, yoga has developed and adapted depending on its practicing members. While its original focus was applying and understanding the world, its focus was later changed to the self, with self-enlightenment being the ultimate goal. Later, the poses and meditation became critical elements in practicing yoga, a development introduced by Buddhist teachings. Yoga has many interpretations, and it has many teachers. From ancient yogis such as Buddha to more modern experts such as B. K. S. Iyengar, there is much wisdom to be gleaned from these pages, and there is much that can be discarded. As many say in the yoga world, if something does not work for you, then it is not true for you. There have been countless yogis and yoga experts throughout history, delving into the deepest meanings of yoga as well as scratching its most shallow surface. As readers will discover from this inspirational collection of yoga wisdom, there is no one way to do yoga, see yoga, or feel yoga.

The Therapeutic Wisdom of Yoga

GET BOOK The Therapeutic Wisdom of Yoga Book Description :

Volume one lays the foundations for an approach to therapeutic use of yoga. Volume two provides insights into specific therapeutic problems in individual body parts as well as practical solutions.