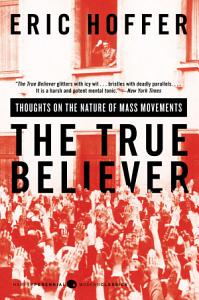 A part of Harper Perennial’s special “Resistance Library” highlighting classic works that illuminate the “Age of Trump”: A boldly packaged reissue of the classic examination of dangerous nationalist political movements. “Its theme is political fanaticism, with which it deals severely and brilliantly.” —New Yorker A stevedore on the San Francisco docks in the 1940s, Eric Hoffer wrote philosophical treatises in his spare time while living in the railroad yards. The True Believer—the first and most famous of his books—was made into a bestseller when President Eisenhower cited it during one of the earliest television press conferences. Called a “brilliant and original inquiry” and “a genuine contribution to our social thought” by Arthur Schlesinger, Jr., this landmark in the field of social psychology is completely relevant and essential for understanding the world today as it delivers a visionary, highly provocative look into the mind of the fanatic and a penetrating study of how an individual becomes one.

A part of Harper Perennial’s special “Resistance Library” highlighting classic works that illuminate the “Age of Trump”: A boldly packaged reissue of the classic examination of dangerous nationalist political movements. “Its theme is political fanaticism, with which it deals severely and brilliantly.” —New Yorker A stevedore on the San Francisco docks in the 1940s, Eric Hoffer wrote philosophical treatises in his spare time while living in the railroad yards. The True Believer—the first and most famous of his books—was made into a bestseller when President Eisenhower cited it during one of the earliest television press conferences. Called a “brilliant and original inquiry” and “a genuine contribution to our social thought” by Arthur Schlesinger, Jr., this landmark in the field of social psychology is completely relevant and essential for understanding the world today as it delivers a visionary, highly provocative look into the mind of the fanatic and a penetrating study of how an individual becomes one. 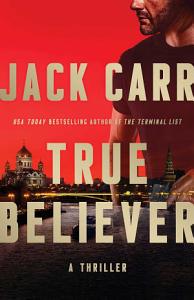 In acclaimed author Jack Carr’s follow-up to The Terminal List, former Navy SEAL James Reece’s skill, cunning, and heroism put the US government back in his debt and set him on another path of revenge. When a string of horrific terrorist attacks plagues the Western world during the holiday season, the broader markets fall into a tailspin. The attacks are being coordinated by a shadowy former Iraqi commando who has disappeared into Europe’s underground. The United States government has an asset who can turn the Iraqi against his masters: James Reece, the most-wanted domestic terrorist alive. After avenging the deaths of his family and team members, Reece emerges deep in the wilds of Mozambique, protected by the family of his estranged best friend and former SEAL Team member. When a series of events uncovers his whereabouts, the CIA recruits him, using a Presidential pardon for Reece and immunity for the friends who helped him in his mission of vengeance. Now a reluctant tool of the United States government, Reece travels the globe, targeting terrorist leaders and unraveling a geopolitical conspiracy that exposes a traitorous CIA officer and uncovers a sinister assassination plot with worldwide repercussions. A high-intensity roller-coaster ride, True Believer explodes with action and authenticity that cements Jack Carr as the new leader in political thrillers. 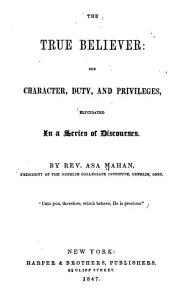 The second novel in a proposed trilogy about 15 year-old LaVaughn, as she begins to face a whole new set of emotions during her teenage years. 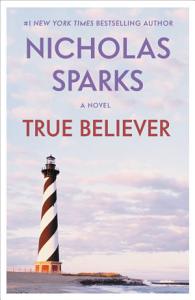 Part love story and part ghost story, this is an unforgettable New York Times bestseller about a science journalist and a North Carolina librarian who dare to believe in the impossible. As a science journalist with a regular column in Scientific American, Jeremy Marsh specializes in debunking the supernatural-until he falls in love with the granddaughter of the town psychic. When Jeremy receives a letter from Boone Creek, North Carolina, about ghostly lights appearing in a cemetery, he can't resist driving down to investigate. Here, in this tightly knit community, Lexie Darnell runs the town's library. Disappointed by past relationships, she is sure of one thing: her future is in Boone Creek, close to all the people she loves. From the moment Jeremy sets eyes on Lexie, he is intrigued. And Lexie, while hesitating to trust this outsider, finds herself thinking of him more than she cares to admit. Now, if they are to be together, Jeremy must do something he's never done before-take a giant leap of faith. From #1 New York Times bestselling author Nicholas Sparks comes a love story about taking chances and following your heart. True Believer will make you believe in the miracle of love. 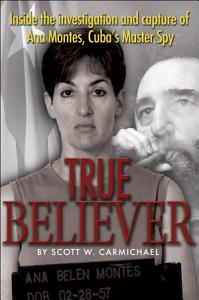 Ana Montes appeared to be a model employee of the Defense Intelligence Agency (DIA). Known to her coworkers as the Queen of Cuba, she was an overachiever who advanced quickly through the ranks of Latin American specialists to become the intelligence community's top analyst on Cuban affairs. But throughout her sixteen-year career at DIA, Montes sent Castro some of America's most closely guarded secrets and at the same time influenced what the United States thought it knew about Cuba. When she was finally arrested in September 2001, she became the most senior American intelligence official ever accused of operating as a Cuban spy from within the federal government. Unrepentant as she serves out her time in a federal prison in Texas, Montes remains the only member of the intelligence community ever convicted of espionage on behalf of the Cuban government. This inside account of the investigation that led to her arrest was written by Scott W. Carmichael, the DIA's senior counterintelligence investigator who persuaded the FBI to delve deeper into Montes activities. Although Montes did not fit the FBI's profile of a spy and easily managed to defeat the agency's polygraph exam, Carmichael became suspicious of her activities and, with the FBI, over a period of several years developed a solid case against her. Here he tells the story of that long and ultimately successful spy hunt. Carmichael reveals the details of their efforts to bring her to justice, offering readers a front-row seat for the first major U.S. espionage case of the twenty-first century. She was arrested less than twenty-four hours before learning details of the U.S. plan to invade Afghanistan post-September 11. Motivated by ideology and not money, Montes was one of the last "true believers" of the Communist era. Because her arrest came just ten days after 9/11, it went largely unnoticed by the American public. This book calls attention to the grave damage Montes inflicted on U.S. security--Carmichael even i 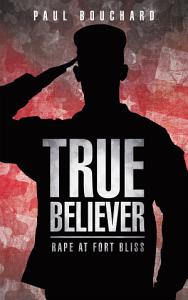 Army JAG lawyer Captain Mark Sanders cannot get over the harsh twenty-five year prison sentence levied against his client, Sergeant Keyshawn Adams, for one simple reason: he believes Adams did not brutally rape his ex-girlfriend. Determined to prove his gut instincts and reverse the conviction of Adams, Sanders seeks the assistance of a DNA expert, reinterviews every possible witness, and hires private investigator Dale Owens to track down potential witnesses who were unavailable for the trial. But when a strong suspicion points to the guilt of someone resembling the young sergeant, Sanders and Owens learn two valuable lessons: the toughest cases are when you believe your client, and what matters are not ones beliefs, but what can be proven in a court of law. In this fast-paced legal thriller, an army JAG lawyer must confront doubts, fears, and risks in an effort to find the truth and hopefully right a wrong. 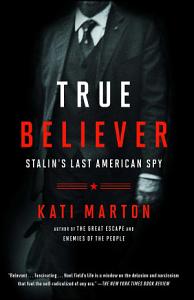 “Kati Marton’s True Believer is a true story of intrigue, treachery, murder, torture, fascism, and an unshakable faith in the ideals of Communism….A fresh take on espionage activities from a critical period of history” (Washington Independent Review of Books). True Believer reveals the life of Noel Field, once a well-meaning and privileged American who spied for Stalin during the 1930s and forties. Later, a pawn in Stalin’s sinister master strategy, Field was kidnapped and tortured by the KGB and forced to testify against his own Communist comrades. How does an Ivy League-educated, US State Department employee, deeply rooted in American culture and history, become a hardcore Stalinist? The 1930s, when Noel Field joined the secret underground of the International Communist Movement, were a time of national collapse. Communism promised the righting of social and political wrongs and many in Field’s generation were seduced by its siren song. Few, however, went as far as Noel Field in betraying their own country. With a reporter’s eye for detail, and a historian’s grasp of the cataclysmic events of the twentieth century, Kati Marton, in a “relevant…fascinating…vividly reconstructed” (The New York Times Book Review) account, captures Field’s riveting quest for a life of meaning that went horribly wrong. True Believer is supported by unprecedented access to Field family correspondence, Soviet Secret Police records, and reporting on key players from Alger Hiss, CIA Director Allen Dulles, and World War II spy master, “Wild Bill” Donovan—to the most sinister of all: Josef Stalin. “Relevant today as a tale of fanaticism and the lengths it can take one to” (Publishers Weekly), True Believer is “riveting reading” (USA TODAY), an astonishing real-life spy thriller, filled with danger, misplaced loyalties, betrayal, treachery, and pure evil, with a plot twist worthy of John le Carré.