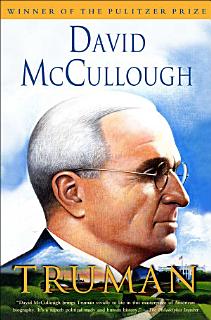 The Pulitzer Prize–winning biography of Harry S. Truman, whose presidency included momentous events from the atomic bombing of Japan to the outbreak of the Cold War and the Korean War, told by America’s beloved and distinguished historian. The life of Harry S. Truman is one of the greatest of American stories, filled with vivid characters—Roosevelt, Churchill, Stalin, Eleanor Roosevelt, Bess Wallace Truman, George Marshall, Joe McCarthy, and Dean Acheson—and dramatic events. In this riveting biography, acclaimed historian David McCullough not only captures the man—a more complex, informed, and determined man than ever before imagined—but also the turbulent times in which he rose, boldly, to meet unprecedented challenges. The last president to serve as a living link between the nineteenth and the twentieth centuries, Truman’s story spans the raw world of the Missouri frontier, World War I, the powerful Pendergast machine of Kansas City, the legendary Whistle-Stop Campaign of 1948, and the decisions to drop the atomic bomb, confront Stalin at Potsdam, send troops to Korea, and fire General MacArthur. Drawing on newly discovered archival material and extensive interviews with Truman’s own family, friends, and Washington colleagues, McCullough tells the deeply moving story of the seemingly ordinary “man from Missouri” who was perhaps the most courageous president in our history. 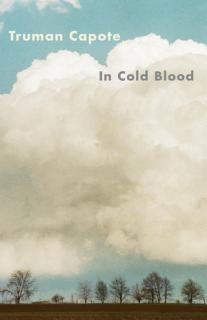 National Bestseller On November 15, 1959, in the small town of Holcomb, Kansas, four members of the Clutter family were savagely murdered by blasts from a shotgun held a few inches from their faces. There was no apparent motive for the crime, and there were almost no clues. As Truman Capote reconstructs the murder and the investigation that led to the capture, trial, and execution of the killers, he generates both mesmerizing suspense and astonishing empathy. In Cold Blood is a work that transcends its moment, yielding poignant insights into the nature of American violence. 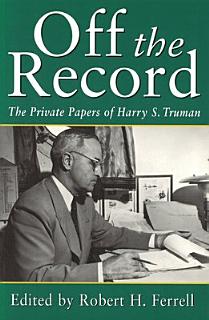 GET BOOK Off the Record Book Description :

"Gathered for the first time, Truman's private papers--diaries, letters, and memoranda--cover the period from his occupancy of the White House in 1945 to shortly before his death in 1972. Students and scholars will find valuable material on major events of the Truman years, from the Potsdam Conference to the Korean War."--Publishers website. 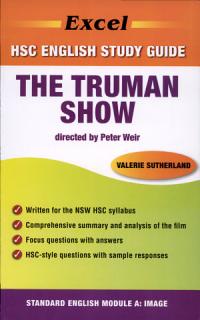 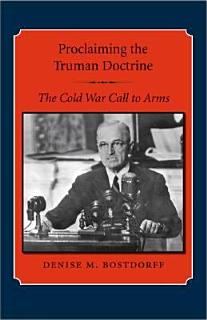 In this work, Denise M. Bostdorff considers President Truman’s address to a joint session of Congress on March 12, 1947. She focuses on the public and private language that influenced administration perceptions about the precipitating events in Greece and Turkey and explores the news management campaign that set the stage for Truman’s speech. Bostdorff even examines how the president’s health may have influenced his policy decision and how it affected his delivery of the address and campaign for congressional approval. After a rhetorical analysis of the Truman Doctrine speech, the book ends with Bostdorff’s conclusions on its short- and long-term impact. She identifies themes announced by Truman that resound in U.S. foreign policy down to the present day, when George W. Bush has compared his policies in the war on terror to those of Truman and members of his administration have compared Bush to Truman. This important work is a major contribution to scholarship on the presidency, political science, and public rhetoric. 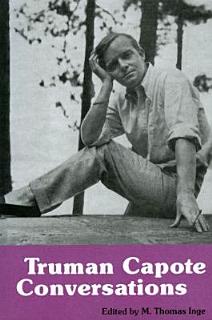 Interviews with Capote cover his writing methods, his observations on the wealthy, his outlook on life, and his feelings about the writers who influenced his work 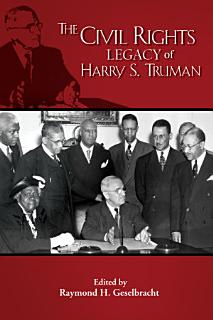 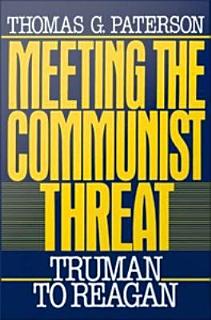 In this provocative new book, the distinguished diplomatic historian Thomas G. Paterson explores why and how Americans have perceived and exaggerated the Communist threat in the last half century. Telling the story through rich analysis and substantial research in private papers, government archieves, oral histories, contemporary writings, and scholarly works, Paterson explains the origins and evolution of United States global intervention. In penetrating essays on the ideas and programs of Harry S. Truman, George F. Kennan, Dwight D. Eisenhower, John Foster Dulles, John F. Kennedy, Richard M. Nixon, Henry A. Kissisnger, and Ronald Reagan, as well as on the views of dissenters from the prevailing Cold War mentality, Paterson reveals the tenacity and momentum of American thinking about threats from abroad. Paterson offers a thorough review of postwar American attitudes toward totalitariansim, the causes of international conflict, and foreign aid, and he then demonstrates how Truman acted upon these views, launched the containment doctrine, and exercised American power in both Europe and Asia. A fresh look at Eisenhower's policy in the Middle East explains how the United States became a major player in that volatile region. Paterson also presents an incisive critique of Kennedy's foreign policy, describing an administration propelled by lessons from Truman's era, an assertive, "can-do" style, and a grandiose notion of America's nation-building responsibilities in the Third World. Arrogance, ignorance, and impatience, Paterson argues, combined with familiar exaggerations of Soviet capabilities and intentions, to produce a rash of crises, from the Bay of Pigs and missile crisis in Cuba to the war in Vietnam. Other chapters study the flawed record of 1970s detente, CIA covert actions and the failure of congressional oversight from the 1940s to the present, and Reagan's rewriting of the history of the Vietnam War. In the last chapter, Paterson demolishes the argument that 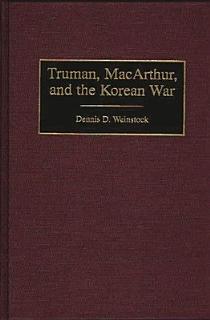 Truman MacArthur and the Korean War

GET BOOK Truman MacArthur and the Korean War Book Description :

A general history of the critical first year of the Korean War, this study deals primarily with relations between General Douglas MacArthur and President Harry S. Truman from June 1950 to April 1951, a period that defined the war's direction until General Mark Clark, the final U.N. Commander, signed the Armistice two years later. Although the ever-changing military situation is outlined, the main focus is on policymaking and the developing friction between Truman and MacArthur. Wainstock contradicts the common view that MacArthur and Truman were constantly at odds on the basic aims of the war. In the matter of carrying the fight to Communist China, MacArthur and the Joint Chiefs differed only on timing, not on the need for such action. The end of the Cold War has provided historians with a better opportunity to study the forces that shaped the thinking of America's leaders at the time of the Korean War. The sheer quantity of material now available, while daunting, is filled with colorful and outstanding personalities, dramatic action, and momentous actions that have had an impact on world events even to the present day. Wainstock ultimately concludes that Washington placed too much emphasis on anti-Communist ideology, rather than long-term national interest, in the decision first to intervene in the war and later to cross the crucial 38th Parallel. He also emphasizes the important contributions of General Matthew B. Ridgway in stopping the Chinese offensive and in influencing Washington's decision not to carry the war to Communist China. 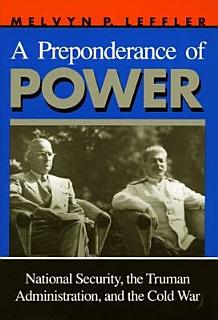 A Preponderance of Power

GET BOOK A Preponderance of Power Book Description :

This is the most comprehensive history to date of the Truman Administration's progressive embroilment in the cold war, and it presents a stunning new interpretation of U.S. national security policy during the formative stages of the Soviet-American rivalry. Illustrated with 15 halftones and 10 maps.