A concerned sister... Chloe Madison would do anything to find her missing brother. When she stumbles upon some information that leads her to a nearby military science facility, she doesn't hesitate to sneak under the barbed wire fence and steal some files. Everything seems to be going to plan. That is, until a handsome soldier finds her with her hands in his filing cabinet. Instead of reporting her, he lets her go. She hurries home, his golden eyes all she can think of. A broken soldier... Captain Jackson Wolfe just returned from a hellish tour of duty in Afghanistan. Scarred and hiding terrible secrets, he is sent to a desk job. He just recently found out the hard way that he was a werewolf. Not only that, as far as he knows, he's the only one of his kind. He knows he shouldn't be around people and keeps to himself until he sees Chloe stealing files. He knows he should stop her, but her scent and something in her eyes stops him. A coverup worth killing for... When Wolfe follows Chloe to the library, he discovers that he's not the only one of his kind. Someone doesn't like that Chloe has been digging around, threatening to expose the secrets of her brother and the wolf shifters. In fact, they're willing to kill to stop her. Wolfe knows that he must protect Chloe. After all, she may be the only thing that can save him from himself. A scent hung in the air that made something primal in the pit of his stomach tighten and ache with joy. The hair on the base of his skull tingled and his eyes lit up with a golden fire. He could barely detect it, even with his enhanced senses, but what he could smell was something that sent shivers of pleasure down his spine. He gave a smooth about-face, sucking air into his nose to try and fill himself with the scent. It was flowers and sunshine with just a touch of something that made him start to ache with want. His feet carried him forward, his nose pulling in the scent like a rope as he worked down the hallway toward the Records Room. 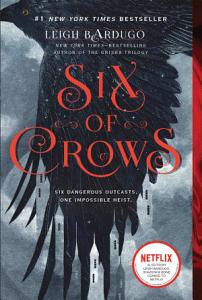 Enter the Grishaverse with the #1 New York Times–bestselling Six of Crows. Ketterdam: a bustling hub of international trade where anything can be had for the right price—and no one knows that better than criminal prodigy Kaz Brekker. Kaz is offered a chance at a deadly heist that could make him rich beyond his wildest dreams. But he can't pull it off alone. . . . A convict with a thirst for revenge. A sharpshooter who can't walk away from a wager. A runaway with a privileged past. A spy known as the Wraith. A Heartrender using her magic to survive the slums. A thief with a gift for unlikely escapes. Six dangerous outcasts. One impossible heist. Kaz's crew is the only thing that might stand between the world and destruction—if they don't kill each other first. Six of Crows by Leigh Bardugo returns to the breathtaking world of the Grishaverse in this unforgettable tale about the opportunity—and the adventure—of a lifetime. “Six of Crows is a twisty and elegantly crafted masterpiece that thrilled me from the beginning to end.” –New York Times-bestselling author Holly Black “Six of Crows [is] one of those all-too-rare, unputdownable books that keeps your eyes glued to the page and your brain scrambling to figure out what’s going to happen next.” –Michael Dante DiMartino, co-creator of Avatar: The Last Airbender and The Legend of Korra “There's conflict between morality and amorality and an appetite for sometimes grimace-inducing violence that recalls the Game of Thrones series. But for every bloody exchange there are pages of crackling dialogue and sumptuous description. Bardugo dives deep into this world, with full color and sound. If you're not careful, it'll steal all your time.” —The New York Times Book Review Praise for the Grishaverse “A master of fantasy.” —The Huffington Post “Utterly, extremely bewitching.” —The Guardian “The best magic universe since Harry Potter.” —Bustle “This is what fantasy is for.” —Th 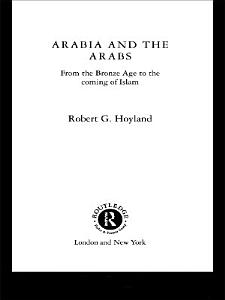 Arabia and the Arabs

GET BOOK Arabia and the Arabs Book Description :

Long before Muhammed preached the religion of Islam, the inhabitants of his native Arabia had played an important role in world history as both merchants and warriors Arabia and the Arabs provides the only up-to-date, one-volume survey of the region and its peoples, from prehistory to the coming of Islam Using a wide range of sources - inscriptions, poetry, histories, and archaeological evidence - Robert Hoyland explores the main cultural areas of Arabia, from ancient Sheba in the south, to the deserts and oases of the north. He then examines the major themes of *the economy *society *religion *art, architecture and artefacts *language and literature *Arabhood and Arabisation The volume is illustrated with more than 50 photographs, drawings and maps.

As the divine economy is the salvation of the whole world through the Gospel, which has but one definition in all the Bible: (Rom. 1: 16), "The dynamite of God unto salvation unto every one that believes it." Dynamite is the greatest mechanical powerin all the world, the only thing that can blow the devil and everything he put in us, out of us and save us from a devil's hell. Christ was made manifest to destroy the works of the devil. ( 1 John 3: 8.) While angels would be delighted to preach this Gospel, God in His infinite wisdom has committed it to the people whom it has already saved, as none others are competent to preach it. To preach means to proclaim. When it is simply a verbal statement, anyone who has the physical and vocal ability, canserve. as the King's herald; go out and proclaim His message to His subjects. 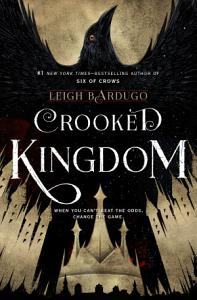 The Grishaverse will be coming to Netflix soon with Shadow and Bone, an original series! Crooked Kingdom: the highly anticipated sequel to Leigh Bardugo's thrilling #1 New York Times-bestselling Six of Crows. Kaz Brekker and his crew have just pulled off a heist so daring even they didn't think they'd survive. But instead of divvying up a fat reward, they're right back to fighting for their lives. Double-crossed and badly weakened, the crew is low on resources, allies, and hope. As powerful forces from around the world descend on Ketterdam to root out the secrets of the dangerous drug known as jurda parem, old rivals and new enemies emerge to challenge Kaz's cunning and test the team's fragile loyalties. A war will be waged on the city's dark and twisting streets—a battle for revenge and redemption that will decide the fate of the Grisha world. 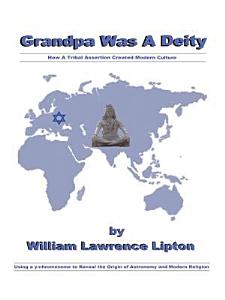 Grandpa Was A Deity

GET BOOK Grandpa Was A Deity Book Description :

What began with a basic curiosity of an adoptee about his biological origins, became a genetic exploration into history when he discovered two of his identifying y-chromosome markers created a rare, but traceable, combination which appeared in supporting data of multiple research papers. This book explores both his documented ancestry and that revealed by his y-DNA. Along the way, everything in his personal history seems to contribute in some way to the results of his research. The most significant element of that personal history is probably his learned inability to allow himself to be defeated by transient intellectual problems, or perceived handicap. In the process of joining him as he searches for his past, you will be exposed to techniques that can assist you in discovering aspect of your own genealogy which you may never have considered. You will also, as he states in the book, be introduced to “secret knowledge” contained in the Book of Genesis. As part of that knowledge, you will learn why the patriarchs were given lifespans ranging from several hundred to nearly a thousand years. You will learn of a connection between Stonehenge, Britain’s earthwork hedges, and the Great Pyramids – one that does not involve, or invoke, alien astronauts. Many books have garnered the labeled “Groundbreaking”, but seldom has there been one that is so current as to render the use of any conventional bibliography superfluous. Almost weekly there are new findings in the fields of DNA ancestry, archaeology and the relatively new field of astro-archaeology. Amazingly, they all seem to reinforce the connections and associations revealed here. But you might also discover things about the factual underpinnings of religion which you might not wish to know, or think about. Not the least of which is why there was time when the wisest people believed their ‘Grandpa was a Deity’.

The Shadow Fold, a swathe of impenetrable darkness, crawling with monsters that feast on human flesh, is slowly destroying the once-great nation of Ravka. Alina, a pale, lonely orphan, discovers a unique power that thrusts her into the lavish world of the kingdom's magical elite - the Grisha. Could she be the key to unravelling the dark fabric of the Shadow Fold and setting Ravka free? The Darkling, a creature of seductive charm and terrifying power, leader of the Grisha. If Alina is to fulfil her destiny, she must discover how to unlock her gift and face up to her dangerous attraction to him. But what of Mal, Alina's childhood best friend? As Alina contemplates her dazzling new future, why can't she ever quite forget him? Glorious. Epic. Irresistible. Romance. 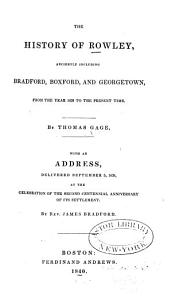 The History of Rowley

GET BOOK The History of Rowley Book Description : 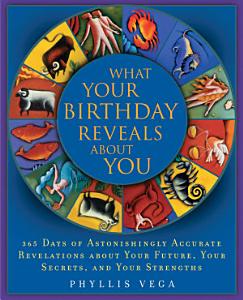 What Your Birthday Reveals About You

GET BOOK What Your Birthday Reveals About You Book Description :

Born on December 3rd? You're an ambitious, hardworking "idea person" and a dynamic leader. Born on December 14th? You're the "traveling salesperson" of the zodiac and a gifted marketer. All Sagittarians are charming, intelligent, and adventure-seeking, but which day of the month you're born on can determine the way in which you use those traits to your best advantage. In this exciting new book, master astrologer Phyllis Vega gives a detailed analysis for each birthday in the year, combining astrology and numerology to paint a true picture of the characteristics, desires, and destinies of people born on that day. If you were born October 5th, you're a skilled negotiator with a gift for making money. But if you were born just four days later, you're a compassionate dreamer with spiritual inclinations. Aries is the sign of the determined ram, but if you were born on April 7th, you are idealistic and inspiring.

History of the Chisholms

GET BOOK History of the Chisholms Book Description :
Popular Books